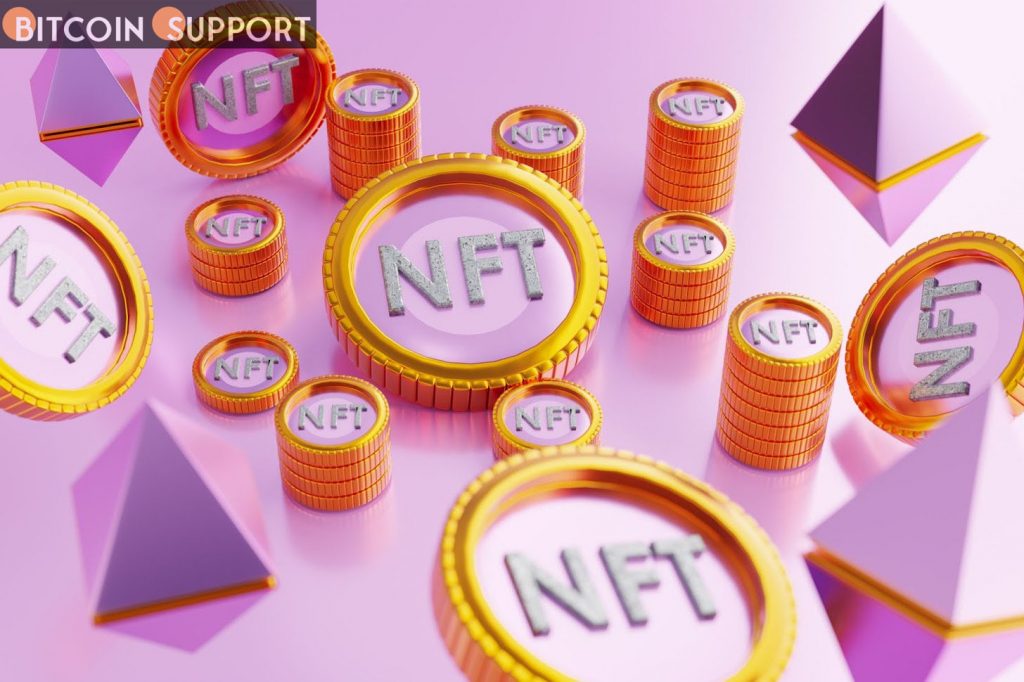 Since last July, NFTs have expanded their advantage over stablecoins and ERC-20 tokens in Ethereum network transfers, while WBTC generated on the network has levelled off this month.

These are two of the most important results in Coin Metrics’ newest State of the Network report. It explains how ERC-721 transfers surpassed stablecoins and altcoins on Ethereum in July of last year and have continued to widen the gap between them since then. On the Ethereum network, the ERC-721 token standard governs NFTs. 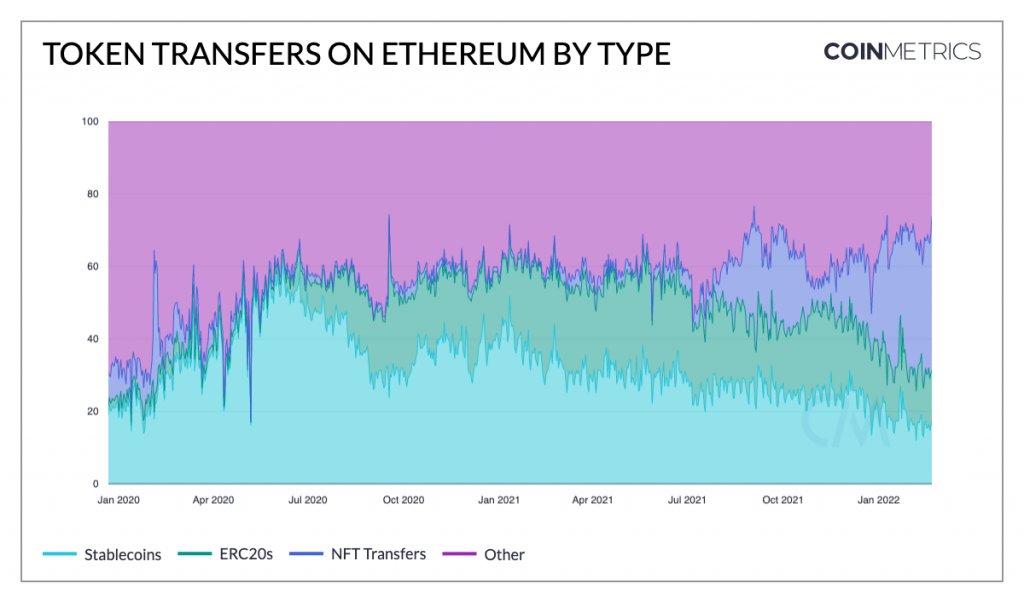 NFT transfers peaked at around 50,000 per day in late July and haven’t gone below that level since. Daily NFT transfers have risen 600 percent since July to an all-time high of over 300,000 per day.

The figures speak for themselves: NFTs are more popular than they’ve ever been. According to data from DappRadar, demand for NFTs on marketplaces has never been higher.

With $21.85 billion in value moved, OpenSea is presently the all-time leader in NFT trading volume, but the LooksRare marketplace is threatening OpenSea’s dominance. LooksRare has had $11.6 billion in volume in the last 30 days, compared to $4.13 billion for OpenSea.

The spread of professional sports and the music industry into non-traditional spaces, as well as the emergence of virtual real estate, have aided its popularity. Tom Brady, the quarterback for the New England Patriots, raised $170 million on Jan. 19 to help scale his Autograph NFT marketplace. John Legend, a recording artist, developed an NFT platform allowing musicians to tokenize their work on February 3rd.

The supply of WBTC has reached a stalemate.

Since July, WBTC, an ERC-20 coin, has seen a surge in total transactions. After reaching a low of 110,000 daily transfers on July 9, transfers reached a high of 557,700 on November 3. According to CoinMetrics, there are currently roughly 232,000 daily transfers.

WBTC is a stablecoin that is tied to the value of Bitcoin 1:1 and may be redeemed for genuine BTC at any moment. 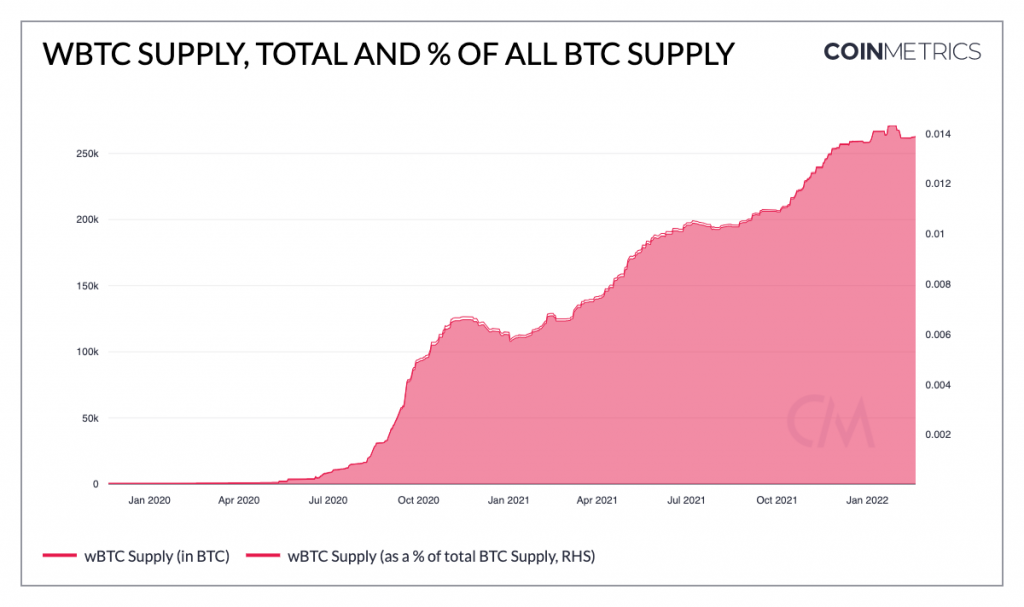 Despite the fact that the entire supply of WBTC on Ethereum is nearing its all-time high of 271,000, corresponding to around 1.4 percent of the total BTC supply, CoinMetrics shows that the rate of token issuance has slowed since the beginning of February.

According to CoinMetrics, the total number of Ethereum addresses holding WBTC is presently at 43,290 wallets.