Will this weekend’s reduced liquidity help Polkadot get through the $19 barrier? 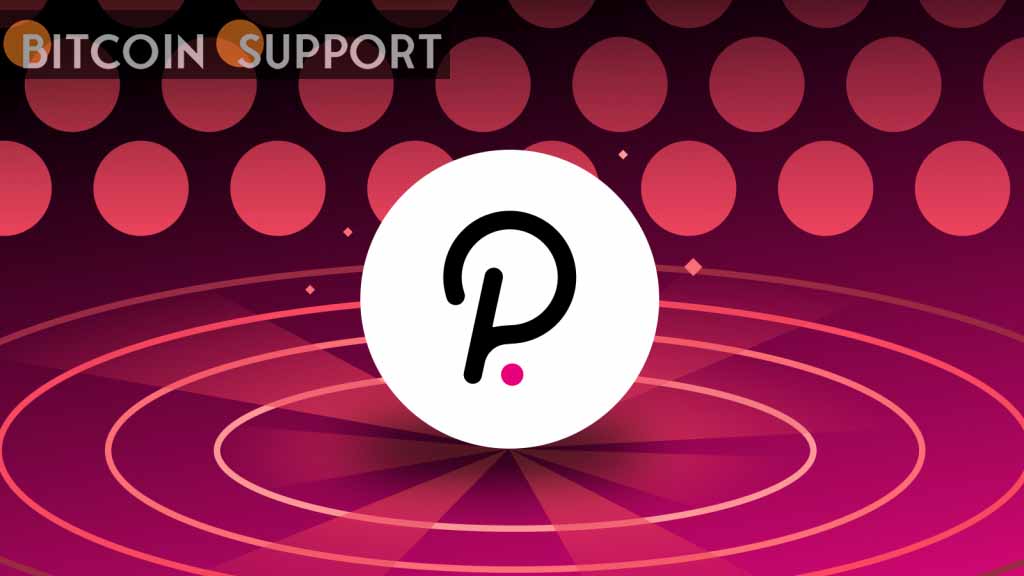 Polkadot surged over $17.5 on the charts and flipped it to support in preparation for a move toward $19, although buying impetus appeared to be weak in the near-term forecast. Bitcoin was trading barely above the $39k barrier, and the king of crypto’s short-term trajectory on the charts was also unclear. Weekends are also times when liquidity is at a premium. Will Polkadot’s rally take it above $19, or will selling pressure remain dominant? 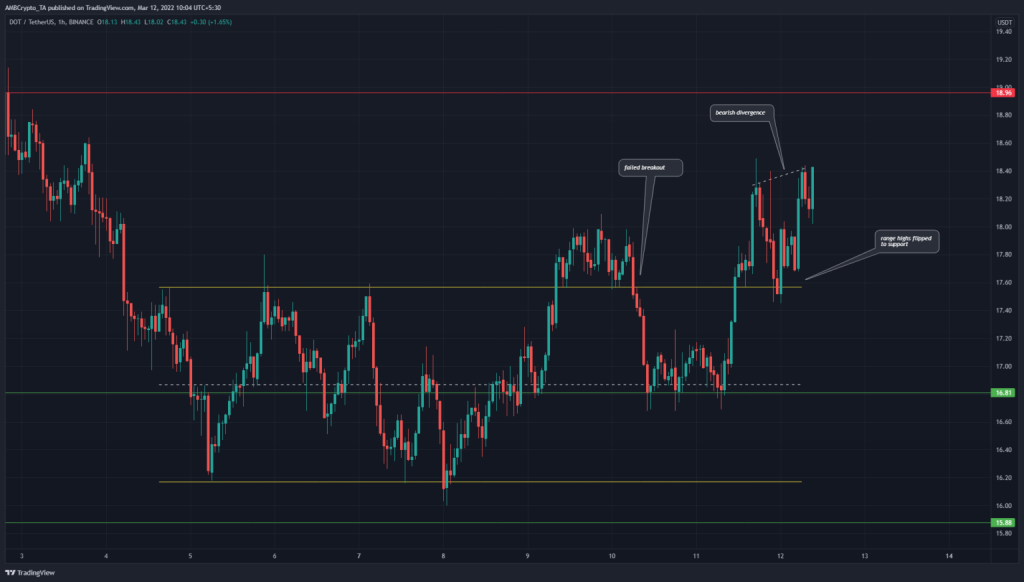 Polkadot had traded in a range of $16.17 to $17.57 over the last week. The range’s midpoint was at $16.87, which coincided with a longer-term support level of $16.81. DOT has recently gained some support at this confluence of support levels.

DOT’s initial effort at a breakout above the range highs failed when $17.6 was turned to support. Bitcoin fell to $38.8k from $42k, and DOT was also forced lower.

On its second effort, the price established a higher high (near-term) and also found demand at $17.6, indicating a positive short-term market structure.

To the north, the $19 area presented substantial resistance to the bulls. As a result, if this level is converted to support, a near-term buying opportunity may present itself. To the south, the $17.6 level must remain intact in order for DOT to continue climbing. DOT could revert to $16.2 if the session closes below $17.6. 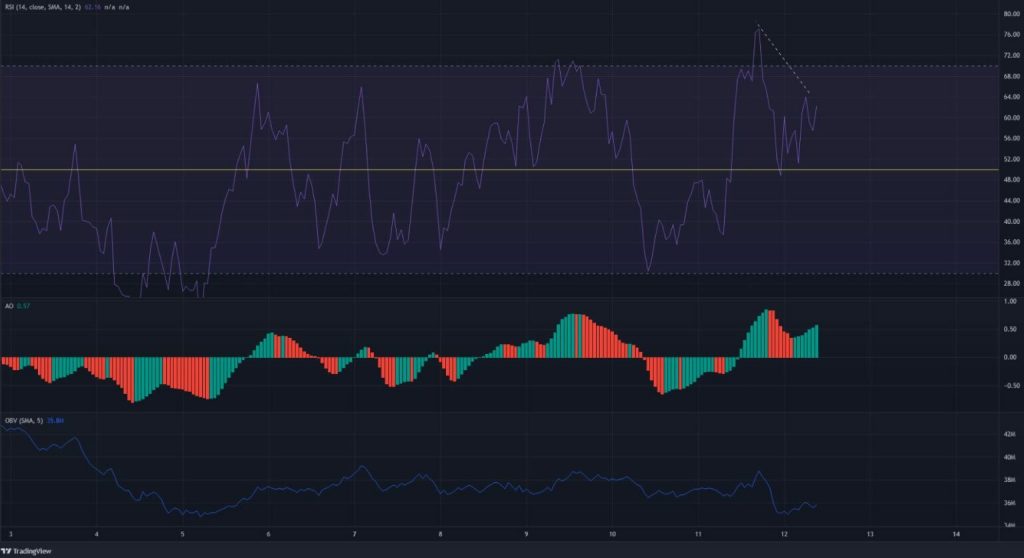 The RSI was 62.16 in recent hours, indicating a strong bullish trend. It did, however, exhibit a bearish divergence between price and momentum. Additionally, the Awesome Oscillator appeared to be generating a lower peak as the price advanced.

Additionally, the OBV indicated that buying volume has been rather low following the $17.6 retest.

According to the indicators, Polkadot could experience a drop to the $17.6 zone in the next hours. $19 provided significant resistance and can be used as a stop-loss level. If the price falls below $17.6 in the coming days, it is likely that $16.8 and $16.2 will be reconsidered. A break over $19 and retest of support in the short term would also present a buying opportunity.