While Bitcoin’s price begins 2022 in a downward spiral, mining difficulty is increasing 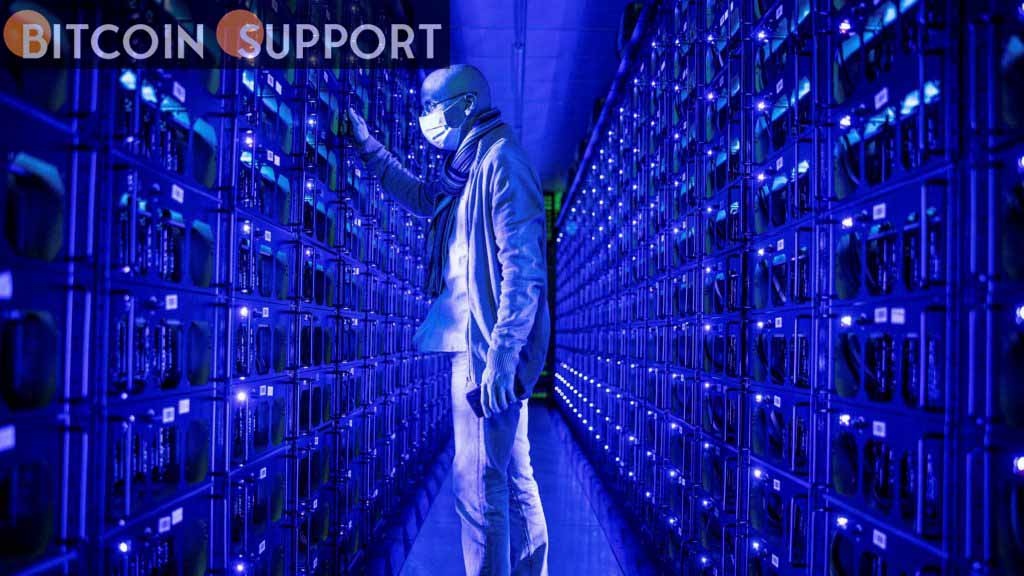 In the midst of market volatility, Bitcoin difficulty for miners has risen to all-time highs.

The network’s ability to enhance miners’ difficulty in obtaining Bitcoin hasn’t been harmed by the price fluctuation. Bitcoin’s difficulty has reached a new all-time high for the second time in two months, as competition among miners intensifies. Following the lows of last July, the hash rate has steadily risen by 45 percent in six months.

Miners face increasing resistance as the difficulty increases in order to confirm a block and receive its reward. Those miners who couldn’t keep up were pushed out of the race. This conflict between miners safeguarding the network and reaping sufficient income is expected to persist as they assess the viability of their current operations.

In a similar trend to Bitcoin’s difficulty measures, measurements of the network’s hash rate indicated achieving new ATHs. In terms of security, the Bitcoin network appears to be at its pinnacle, as the more hashing power the network employs, the more evenly dispersed the work for each transaction that occurs on-chain becomes.

Different hash rate highs have been recorded throughout the last few weeks due to the lack of a clear consensus on how to measure these metrics. Despite the many methods utilized, there is widespread agreement that the hash rate and mining difficulty have been increasing since the last decline in July 2021.

The disparity between the hash rate and difficulty of Bitcoin

The projected number of hashes made by miners attempting to solve the current Bitcoin block or any particular block is referred to as the Bitcoin hash rate. This is the method for adding new blockchain transactions to the system.

Bitcoin’s hash rate is expressed in hashes per second (H/s). To mine successfully, miners require a high hash rate.

Because both the difficulty and the hash are very big quantities stated in bits, the computation merely requires the hash to be less than the difficulty for the operation to be lucrative for miners.

The difficulty of Bitcoin is determined by how tough it is for miners to obtain a hash that is less than the desired hash. Depending on how many miners are competing on the network, it increases or shrinks exponentially.

Difficulty is re-adjusted every 2,016 Bitcoin blocks or around two weeks to keep a consistent block time, which refers to how long it takes to mine each new block.

The more miners online, the higher the hash rate, which means the more probable it is that the correct hash will be identified soon. However, because blockchains are meant to add blocks (and new coins) at a consistent and predictable rate, the difficulty is set to alter automatically after a certain number of blocks to maintain that rate.

The difficulty of Bitcoin in numbers

Since hitting ATH, the difficulty of Bitcoin has constantly increased for every difficulty adjustments of the network, independent of the measuring instruments utilized.

Miners will have to put in a lot more effort to solve the equations that process blockchain transactions. This is the most crucial of the Bitcoin network’s essential components, since it ensures that mining remains constant regardless of things like sentiment, price, or black swan events.

Mining difficulty peaked at 27.97 trillion hashes on February 18th, according to on-chain analytical tools, while the hash rate was 186.77 (EH/s).

Although the hash rate and the difficulty are two separate parameters, they do have some correlation.

The most recent Bitcoin difficulty adjustment occurred on March 3 and resulted in a 1.49 percent negative correction, lowering the difficulty to 197.19 exahashes. After six consecutive gains, this is the first decline of the year. The statistic automatically adjusts mining effort according on miner involvement and has no effect on the general growing trend in mining difficulty.

Every 2016 blocks, the Bitcoin mining difficulty is adjusted to maintain block time and supply issuance.

The U.S government Executive Order 6102 forbade the personal holding of gold by citizens.

The symbolism in #Bitcoin is incredible.

The top six known global mining pools have minted 315 blocks, according to Blockchain.com data (over 56 percent of the total amount). The most hash power has been donated by AntPool and F2Pool.

Bitcoin fundamentals can differ from the price volatility of the cryptocurrency. As a result of the rising hash rate pattern, miner optimism about the profitability of their operations stays over longer timeframes.

Historically, the hash rate has followed the price. Under current macroeconomic conditions, however, this trend is taking a back seat as fundamentals continue to rise but the spot price fluctuates.

Bitcoin’s next halving and beyond

As a result of the halving, the amount of BTC miners receive for adding new transactions to the blockchain will be lowered. The second Bitcoin halving, predicted in early 2024, will double the cost of Bitcoin manufacturing by halving block rewards.

On the Bitcointalk forum, Satoshi Nakomoto, a pseudonymous Bitcoin creator, highlighted the cryptocurrency’s early days: “The price of every commodity tends to trend toward the production cost.” Production slows down if the price is below cost. Profit can be generated by generating and selling more if the price is above cost. Simultaneously, greater output would raise the difficulty, pushing the cost of manufacturing closer to the price. When new coin output is a small percentage of the total supply in later years, market pricing will drive manufacturing costs more than the other way around.”

Unless an unexpected black swan event occurs, such as the one that occurred last year when China prohibited Bitcoin mining, historical data around crucial dates like prior Bitcoin halvings indicates that Bitcoin difficulty and hash rate will continue to rise.

The drama of #Bitcoin mining business is irrelevant to Bitcoin…

Because of the difficulty adjustment, Bitcoin can continue, THE ENTIRE WORLD NETWORK, with the power of just one 13-year-old computer (as Satoshi did).

Bitcoin’s core infrastructure was created to regulate supply decreases and demand changes because it is an energy-intensive PoW network. Bitcoin becomes a deflationary asset when the price is adjusted accordingly. Bitcoin’s difficulty and hash rate will continue to rise as long as miners are given financial incentives to keep their operations viable.

If the price does not rise appropriately to the fall in rewards, miners will struggle to stay competitive. To continue in business, miners will have to be as efficient as possible, developing new technologies that can generate more hashes per second while using less energy, leading to the increase in Bitcoin difficulty.