When it comes to stablecoin allocation, how much is too much? 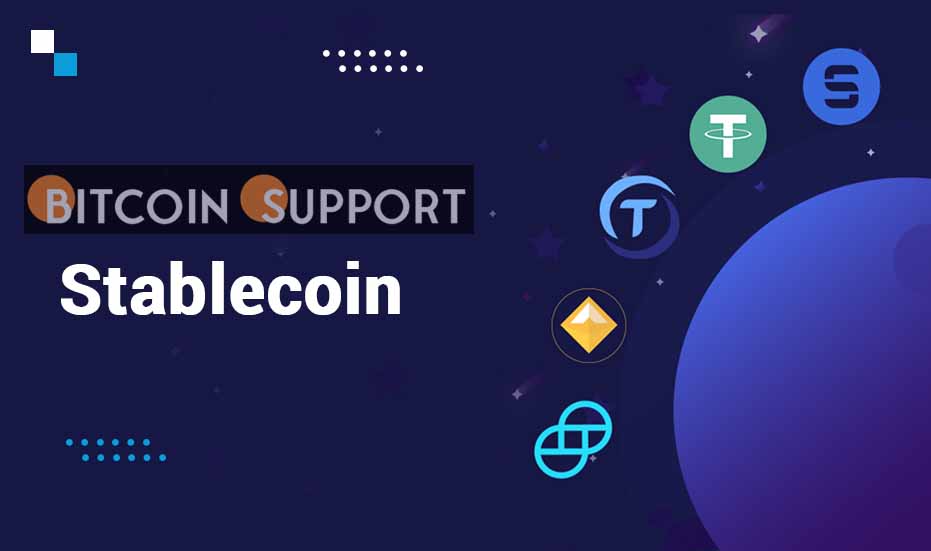 Stablecoins allow investors to sit on the sidelines while earning a passive income on their investments, but not all stablecoins are made equal.

Because cryptocurrencies are notorious for being volatile assets, skilled traders will find lots of possibilities in this market. If investors plan to hold for a long period, they should expect to be taken on a wild trip. Stablecoins, a type of cryptocurrency that provides price stability tied to the value of fiat currencies, provide a safe haven for investors during market instability, but they may also represent wasted opportunities over time.

Several experts told that ordinary investors should approach cryptocurrencies with a “pay yourself first” mentality, and that a cryptocurrency allocation of up to 5% should be relatively “secure” while allowing for “marginal return.” Stablecoins are different: there is no “marginal return” from just keeping an asset pegged to the value of the US dollar, while returns employing decentralised finance (DeFi) protocols can approach double-digit annual percentage rates (APRs). These measures, on the other hand, increase the risk.

Stablecoins aren’t all made equal. USD Coin (USDC), Tether (USDT), and Binance USD (BUSD) are the three most popular stablecoins on the market, all of which are backed 1:1 by cash or assets of similar value held by centralised companies. This indicates that there is a dollar in cash, monetary equivalents, or bonds in custody for every token in circulation.

Other stablecoins, such as Dai (DAI) and TerraUSD (UST), have other processes. DAI is crypto-collateralized and overcollateralized, ensuring that it can keep its peg. It has economic mechanisms in place to encourage supply and demand and bring the price down to $1.

UST, on the other hand, is an algorithmic stablecoin that is not collateralized. It is not backed by an underlying asset, as it maintains its peg by algorithmic expansion and supply contraction. Terra, the blockchain that powers UST, has been steadily accumulating reserves for the stablecoin. It has already purchased almost 40,000 BTC worth more than $1.6 billion, as well as more than $200 million in Avalanche (AVAX).

According to Marissa Kim, general partner at Abra Capital Management, which manages the assets of crypto investment firm Abra, “USDC and other U.S.-regulated stablecoins are as safe as keeping reserves in a bank account,” because they are “required to prove on a regular basis that they are fully collateralized.”

Decentralized stablecoins like DAI and UST, according to Kim, may “offer other risks,” such as DAI losing its USD peg due to unpredictable markets. “The MakerDAO community regulates this protocol,” she noted, “and nobody knows who holds and governs this protocol or where voting power may be concentrated.” The “role of USDC and USDT” in the cryptocurrency world, according to Adam O’Neill, chief marketing officer at cryptocurrency trading platform Bitrue, is “synonymous to the position of the US dollar in the traditional financial environment.”

Investors should use stablecoins “as a go-to hedge while trading and keeping their assets,” according to O’Neill. He continued, ”

“Stablecoin’s security viewpoint should not be compared because both the centralised and decentralised versions are secure in their own right.” However, it is also uncommon for hackers to take advantage of flaws in protocols designed to offer products, causing problems for both classes of stablecoin tokens.”

According to O’Neill, how much money investors should put into stablecoins is a personal choice that relies on their financial objectives. While each stablecoin has its own risk profile, Kent Barton, tokenomics lead at ShapeShift DAO, told that there are a few factors investors should bear in mind.

For one thing, centralised stablecoins like USDC and USDT can be readily converted back into USD, but the companies behind them might “possibly block particular addresses, for example, in response to legal entities’ demands.” While there have always been doubts about the USDT’s support, according to Barton, it has kept its peg thus far:

“USDT has the advantage of being time-tested: it is the longest-running stablecoin. It has a lot of liquidity on controlled exchanges and on a lot of decentralised platforms.”

Because of the nature of the blockchains they are founded on, decentralised stablecoins like DAI and USDT, according to Barton, are more transparent. However, there are other dangers, such as turbulent markets endangering DAI’s over-collateralization.

The security of each stablecoin, according to Olexandr Lutskevych, founder and CEO of crypto exchange CEX.io, is determined by how security is defined. Technical assessments should cover the dangers of more vulnerable stablecoins in terms of coding, but most have been known to fit the purpose in terms of reliability of transporting funds from point A to point B. When it comes to stablecoins’ ability to keep their peg against the dollar, Lutskevych believes that how that peg is maintained should be the primary concern of investors.

DeFi yields on stablecoins: Are they too good to be true?

While simply keeping stablecoins protects bitcoin investors from market volatility, it also means that they aren’t earning any money unless they put their stablecoins to use. When it comes to stablecoins, there are numerous choices, such as lending them out on controlled exchanges or using blue-chip decentralised finance protocols, which result in minimal yields — frequently around 5% — that are reasonably safe. Moving to riskier procedures or using complicated tactics to increase yield could result in larger rewards but also higher risk.

For example, Waves’ Neutrino USD (USDN) stablecoin, which recently broke its peg and fell below $0.80 before starting to rebound, can be found with yields above 30%. When questioned whether investors should lend their stablecoins or contribute them to the liquidity pools of decentralised exchanges (DEXs) to earn return, Kent Barton of ShapeShift DAO pointed out that DeFi protocols introduce smart contract risks, which must be examined.

Protocols that have been in place for “more than a few months and have a track record of protecting billions of dollars in value” are “pretty secure,” according to Barton. However, “no assurance of future security and stability” exists. He claims that protocols with bigger rewards are riskier.

Investors, according to Lutskevych, should first grasp exactly what they’re investing in:

“Just because it’s DeFi doesn’t mean the investment principles don’t apply.” One of the core investment ideas is that “you should thoroughly understand one’s risk choices and unique circumstances before suggesting any strategy.”

When deciding whether to stay put or move stablecoins to gain interest, Lutskevych says investors should assess their capital, time horizon, ambitions, and risk tolerance.

Stablecoins should “usually be deployed to harness income from loan platforms,” according to O’Neill, but investors should “be ready to jump at any investment opportunity.”

Stablecoins, thanks in part to the DeFi space, provide investors with a wealth of options across a variety of blockchains. Using them outside of centralised exchanges may necessitate some specific understanding, without which investors risk losing their funds by sending them to the incorrect sort of address, for example.

Tolerance for risk and sophistication

Carlos Gonzalez Campo, a research analyst at investment product issuer 21Shares, told that stablecoins give investors access to a “global network of value transfer” similar to how the internet created a “global and open network for information.”

According to Campos, the Consumer Price Index (CPI) statistics for February in the United States showed a 7.9% year-over-year increase, implying that individuals are losing their purchasing power at a rate not seen in four decades.

What investors do with their stablecoins, according to the analyst, is determined by their risk aversion and level of knowledge, as “user experience” in DeFi systems that allow users to profit passively on their holdings is “still lacking today.” Campos continued:

“The most obvious example is seed phrases, which are unworkable and unlikely to gain widespread adoption. That is why industry leaders like Vitalik Buterin have underlined the importance of widespread adoption of social recovery wallets, which rely on guardians rather than seed words.”

Marissa Kim of Abra Capital Management seemed to agree with Campos, saying that vulnerabilities and other exploitation are feasible in DeFi protocols, which frequently pay greater yields in the protocol’s native tokens. “They are frequently quite volatile and may not be very liquid,” according to the manufacturer.

Some investors, according to Marissa, may be ready to take on the additional risk, while others are “more concerned with principal preservation.” Whatever method investors select, stablecoins are undeniably an important element of the bitcoin ecosystem. More risk-averse investors may discover that the most transparent centralised stablecoins with limited prospects are the only ones they trust, whilst more adventurous investors may want more yields and higher risk.

Stablecoins’ importance in the cryptocurrency market is only expected to grow in the future, so it’s critical that investors understand what they’re getting into and the dangers associated with the stablecoins they choose to HODL and what they do with them.