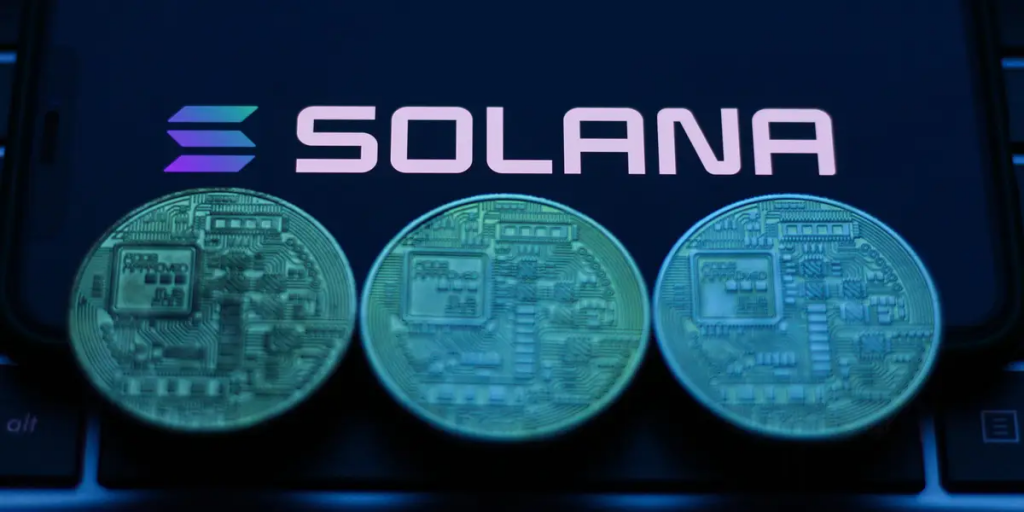 SOL price is more than 60% away from its all-time high and data shows that it’s not the network outages but the loss of territory to competing chains driving the correction.

The past couple of months have not been kind to cryptocurrencies. The sector’s aggregate market capitalization plunged 50% from a Nov. 10 peak at $2.87 trillion to the current $1.44 trillion. Solana’s (SOL) downfall has been even more brutal, presently trading at $88 after a 66% correction since its $260 all-time-high.

Pinning the underperformance exclusively to the recent network outages seems too simplistic, and it doesn’t explain why the accelerated decoupling over the past week, so let’s take a look at what might be going on.

The Solana network suffered four incidents in the span of a few months. According to the project’s developers, a sudden spike in the number of computing transactions caused network congestion which crippled the network.

Interestingly, the network struggles with congestion since the developers advertise a 50,000 transaction per second (TPS) capacity. The latest incident on Jan. 7 has been attributed to a distributed denial-of-service (DDoS) attack, but data shows us that network attacks are less relevant than dApps use.

Cyber Capital chief investment officer Justin Bons criticized the network’s security, mentioning that DDoS can be used to “temporarily gain proportional-staked control over the network by attacking other stakeholders.”

Sergey Zhdanov, chief operating officer of crypto exchange EXMO UK, also said DDoS attacks and similar outages “don’t really influence the trust of the network” and should be disregarded. Zhdanov makes a point comparing Ethereum network fees surpassing $50 as a similar hiccup, but not significant enough to cause investors to abandon it for good.

Solana’s main decentralized application metric started to display weakness earlier in November after the network’s total value locked (TVL), which measures the amount deposited in its smart contracts, began to linger at $15 billion.

Notice how Solana’s dApp deposits saw a 44% decrease in 3 months, as the indicator reached its lowest level since Sept. 8. As a comparison, Fantom’s TVL currently stands at $9.5 billion, a 79% increase in 3 months. Another dApp scaling solution competitor, Terra, saw a 60% TVL hike to $16 billion.

TVL and the number of active addresses dropped

Total value locked is no longer the primary metric that reflects strong fundamentals, meaning a 66% price correction has other factors at play than just a reduced TVL. To confirm whether dApps use has effectively decreased, investors should also analyze the number of active addresses within the ecosystem. 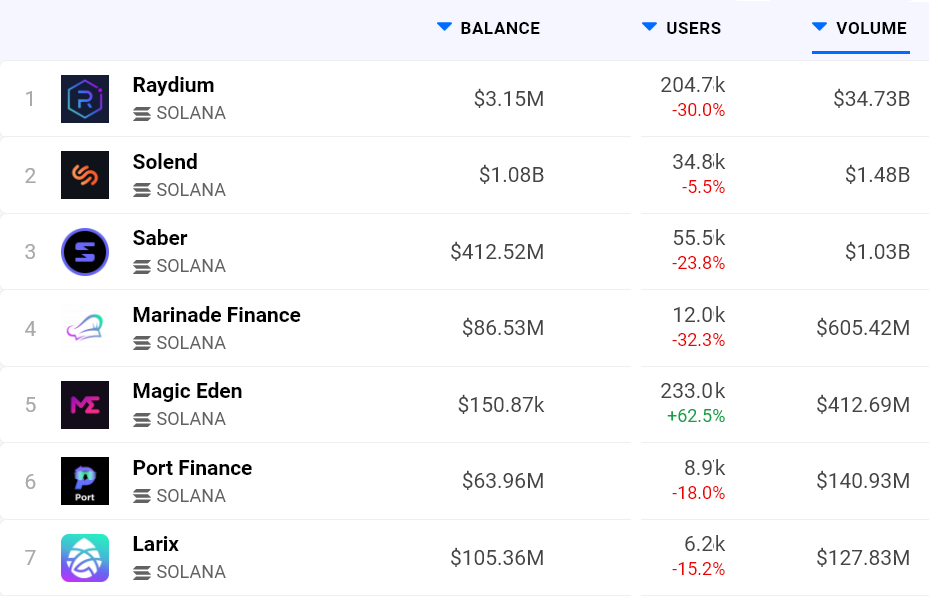 As shown by DappRadar data on Jan. 28, the number of Solana network addresses interacting with most decentralized applications dropped by 18% to 32%, except for the non-fungible token (NFT) marketplace Magic Eden.

The lesser interest on Solana dApps was also reflected in its futures open interest, which peaked at $2 billion on Nov. 6, but recently faced a steep correction.

The above chart shows how derivatives traders’ interest in Solana plunged 75% in less than 3 months. That is especially concerning because a smaller number of futures contracts might reduce the activity of arbitrage desks and market makers. For example, it is common for participants to self-limit their exposure to 20% of the asset volume or open interest.

Derivatives data could be a consequence, but not the cause

It’s probably impossible to pinpoint the correlation and causation between SOL’s price drop, the decrease in the network’s dApps use, and the fading interest from derivatives traders. However, none of those indicators point to a price recovery anytime soon.

The data above suggests that Solana holders should be less concerned about momentary outages and focus on the ecosystem’s use versus competing chains. As long as the ecosystem remains healthy, investors have no reason to lose trust due to temporary network outages.