What promise does each presidential candidate hold for cryptocurrency, Macron or Le Pen? 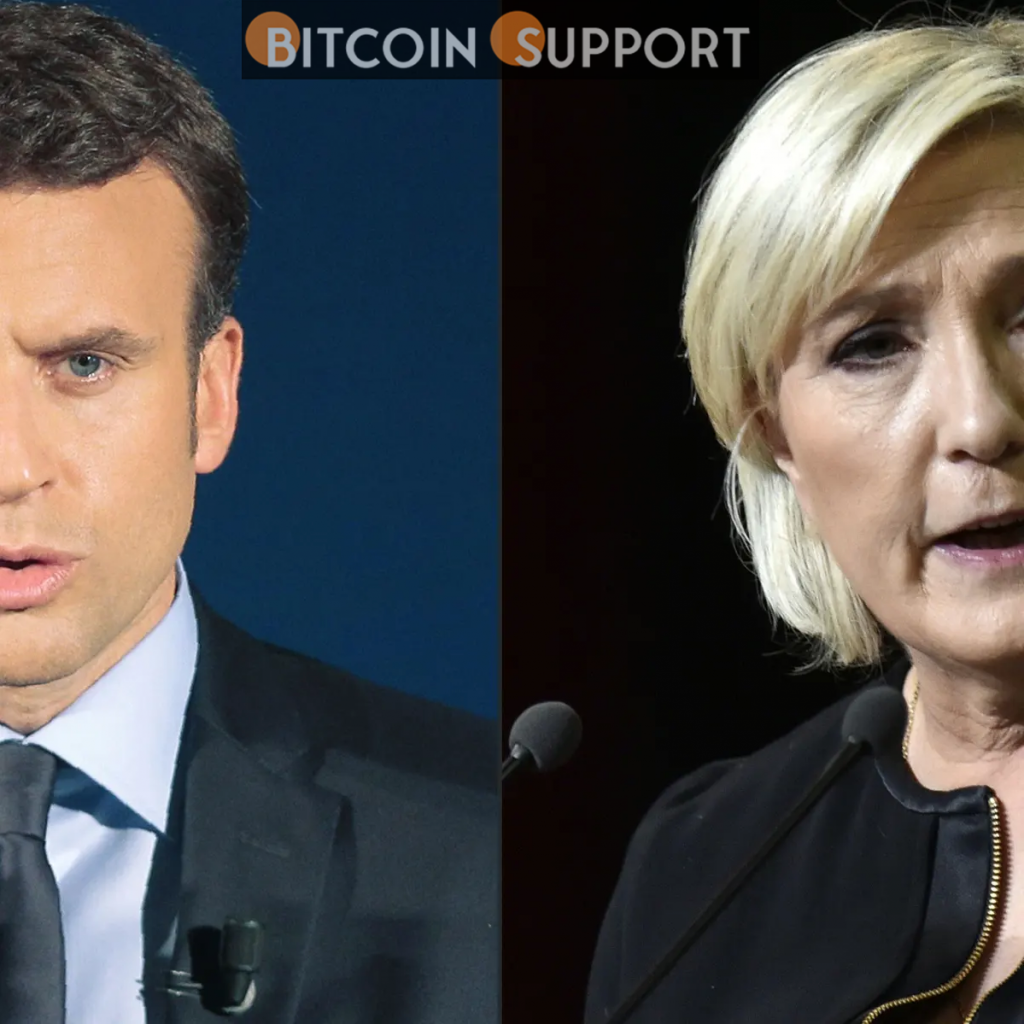 France is unlikely to depart from the pan-European regulatory strategy, regardless of who wins the presidency.

Political commentators across the world are placing their predictions as France prepares for a runoff presidential election on April 24. The decision is between incumbent Emmanuel Macron, a centrist, and right-wing populist Marine Le Pen, a right-wing populist. Much of the current political discourse revolves around economics, but one crucial aspect of it is largely lacking from the parties’ election platforms: digital assets. While both have made public pronouncements about cryptocurrency, neither Macron nor Le Pen appear to be poised to make any meaningful policy changes in the French digital economy.

current state of the art

Despite the present administration’s considerable attempts to welcome the IT industry, France remains a tech-unfriendly country in many aspects. For years, its authorities have been at the forefront of European legislative efforts to combat US IT behemoths’ tax “optimization” techniques, such as building European operations in more liberal jurisdictions like Ireland and Luxembourg.

The country does not have a specialised crypto regulatory regime, but the regulatory climate in general is quite tough. The 2019 Action Plan for Business Growth and Transformation of Enterprises, or PACTE, is the key piece of legislation that governs the industry. It requires any crypto companies in France (legally classified as digital asset service providers) to register with the Financial Markets Authority (AMF) and to follow the European Union’s Fifth Anti-Money Laundering Directive’s anti-money laundering and counter-terrorism financing (AML/CFT) criteria.

The stringent Know Your Customer (KYC) policy, which has no transaction value barrier for initiating reporting rules, is perhaps the crypto industry’s biggest concern. To put it another way, any cryptocurrency transaction of 1 euro or more requires a full KYC procedure, which includes the parties’ full names, addresses, and contact information.

On the plus side, well-behaved industry players may be able to receive a special licence from the AMF, allowing them to open bank accounts in France. French banks are hesitant to issue bank accounts for crypto firms, as Thibault Verbiest, a Paris-based partner at the law firm Metalaw, revealed. Meanwhile, France’s central bank is aggressively investigating the possibility of a central bank digital currency (CBDC).

Officials from France are involved in the international regulatory procedure. The European Securities and Markets Authority, chaired by Robert Ophèle, proposes consolidating all power and responsibility for crypto regulation in the hands of the European Securities and Markets Authority in February 2021. He also stressed the importance of blockchain technology in the European economy’s future. The French government later reiterated the proposal.

He projected that Europe has only one or two years to tackle the problem, citing the prospect of crypto undermining “monetary sovereignty.” The EU regulators responded with several important steps, including accelerating work on the Market in Crypto-Assets regulatory framework and revising the present Transfer of Funds Regulation to ensure that individual transactions are scrutinised more closely.

Nonetheless, the French government has attempted to assist the crypto business on a national level. “France has positioned itself at the vanguard of crypto innovation, at least in terms of legislative framework adoption, alliances with big industry players, and financial support for new projects,” Verbiest remarked. Binance CEO Changpeng “CZ” Zhao announced a partnership with the local financial technology association France FinTech in November 2021, standing alongside Cédric O, the French secretary of state for the digital economy, and pledging to spend $115 million on the development of the European crypto industry.

According to a recent poll, 4% of French respondents believe cryptocurrencies are a topic that will influence their presidential vote. This low figure is mirrored in the amount of time both candidates have spent talking about cryptocurrency. Macron, a former banker, has chosen a cautious approach, mostly echoing calls for increased regulation. He labelled Bitcoin (BTC) and digital currencies, along with shadow banking, “the most aggressive players on the financial markets […] who may produce financial crises and deregulate systems” during the 2018 Davos International Forum.

Macron was groomed to be a high-ranking official in France’s financial department, as Verbiest pointed out. As a result, it’s only logical that he prioritises the concerns of the European banking sector over the interests of the digital economy:

“Crypto upsets banking, and France’s financial sector is extremely powerful.” Furthermore, the European Union and the euro compel France to reach a monetary and financial agreement with the other European member states.” 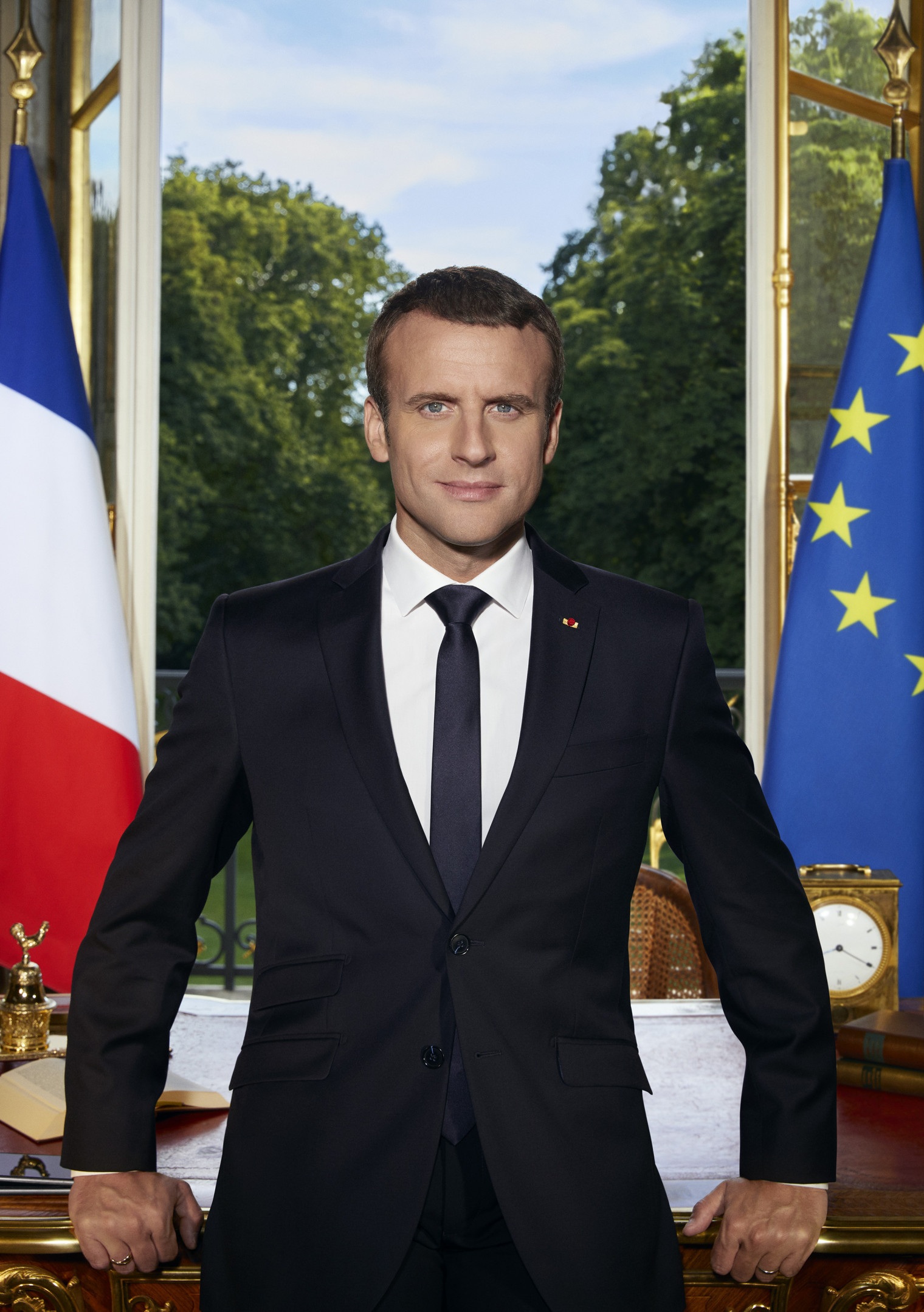 Pierre Person, a 33-year-old member of the French Parliament, was a co-founder of Les Jeunes avec Macron, a youth movement, as well as La Gauche Libre, a “left-wing liberal” think tank that supports Macron’s policies. He submitted a business-friendly paper on blockchain to French parliamentarians in 2019 and has subsequently advocated for the formation of a European stablecoin.

Person, on the other hand, just stood down as the leader of Macron’s La République En Marche movement, expressing his dissatisfaction with the government’s crypto policies. Macron’s opponent, Marine Le Pen, the leader of the French nationalist group National Rally, has long favoured to discuss immigration threats over the digital economy. She, on the other hand, has a track record of making a U-turn on crypto in public statements. 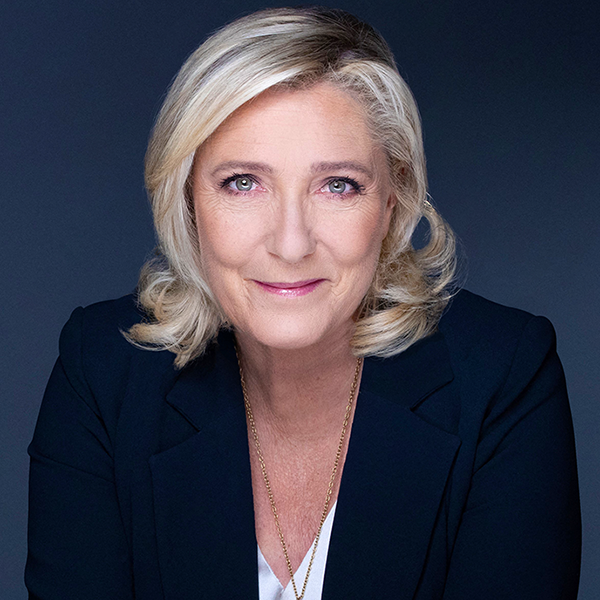 She called for Bitcoin’s ban in 2016, ahead of the previous election, portraying it (and digital currencies in general) as an idea emanating from the “strong Wall Street business lobby.” Since then, Le Pen has toned down her anti-Wall Street rhetoric, focusing instead on her support for rigorous crypto asset regulation. Unlike Macron’s entourage, she and her associates have yet to say anything positive about cryptocurrency or blockchain technology in general.

No to self-regulation, yes to a pan-European strategy

Regardless of the outcome of Sunday’s vote, France will almost certainly adhere to the pan-European regulatory procedure to which it has long contributed. Stephen Stonberg, CEO of cryptocurrency exchange Bittrex Global, told:

“France is unlikely to have serious problems with the EU’s impending Markets in Crypto-Assets [MiCA] regulation, since French regulators will recognise that a pan-European strategy will be required to appropriately manage the market.” In fact, French regulators are more than likely to wait for MiCA before making any substantial decisions or commitments.”

If Macron wins, his administration will likely continue on its current path, which includes cautiously crypto-friendly rhetoric (with an emphasis on blockchains, not currencies) and a stringent but not prohibitive attitude toward digital assets, all in compliance with FATF and EU standards.

Macron’s interview, given a few days before the election’s second round, is an excellent distillation of his confusing relationship with cryptocurrency. In response to inquiries on digital assets and Web3, the incumbent managed to avoid saying the word “crypto” once while repeating old words about his country’s mission to become a digital economy leader and to foster innovation. The following are perhaps the most crucial words:

“I don’t believe in a financial sector that is self-regulatory. This would not be democratic or sustainable. It is up to the government to set the correct conditions for the sector to grow confidently while also fostering innovation.”

There’s always the possibility that Le Pen would take a strong anti-EU stance, but that’s hardly good news for the crypto business. The politician, who has a populist combination of left and right sentiments, hasn’t shown any evidence of being particularly interested in the internet economy.