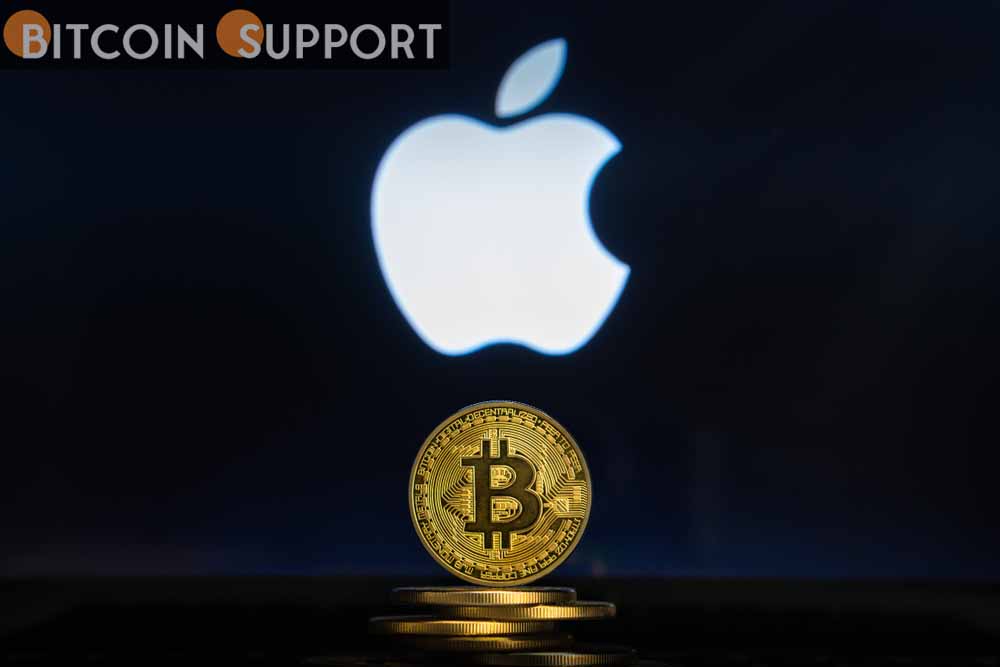 The Bitcoin network’s user base continues to grow, evoking memories of Apple’s meteoric rise to prominence.

The up-and-down discussion about Bitcoin’s price is “mainly noise.”

While many analysts expected Bitcoin’s price to fall to $30,000 in the near future, largely due to technicals, Fidelity Investments’ Jurrien Timmer slammed the downward bias, calling it “mostly noise.”

Bitcoin has been in a choppy trading range for almost a year now, bouncing between 30k and 65k. The up-or-down debate continues to be a favorite hobby for many, but it’s mostly noise. For Bitcoin, the network is what matters. Let's dig deeper. 🧵 pic.twitter.com/ipWumuRSya

Late Thursday, Global Macro’s director posted a series of tweets about Bitcoin’s network expansion since its start as a decentralised medium of exchange. He compared the network effect of cryptocurrency to that of Apple, a trillion-dollar tech behemoth. 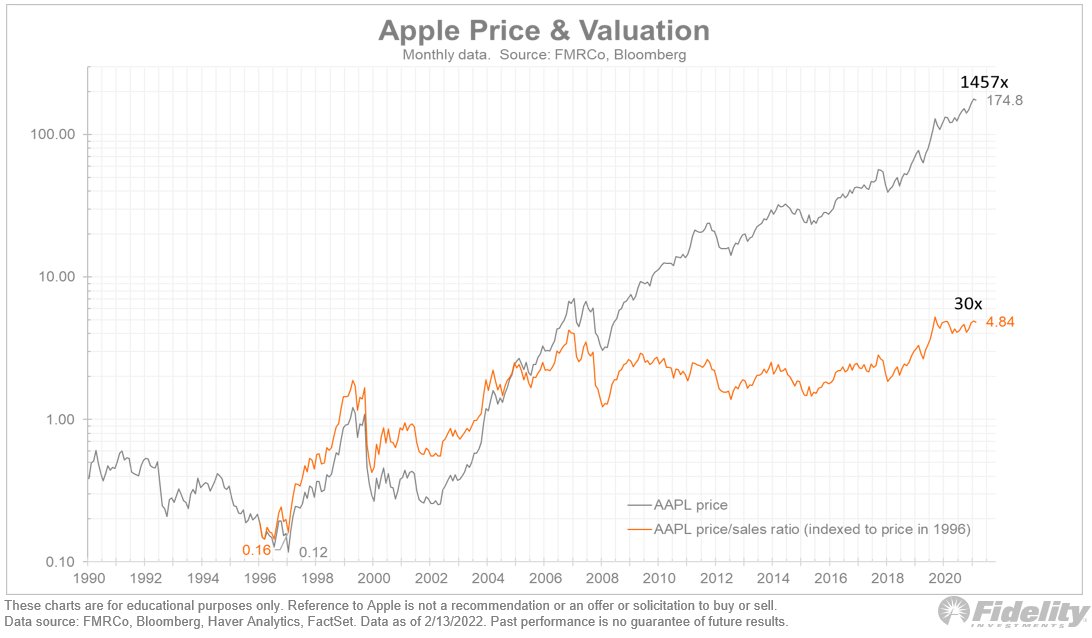 When the same measures were applied to the Bitcoin network, the results were impressive.

For example, according to Fidelity, the price of Bitcoin has increased by 640,633 times since its foundation through the end of 2021. While its price-to-network ratio, a supposed equal of the price-to-sales ratio, was 52 in the same time span, up about 867 times. 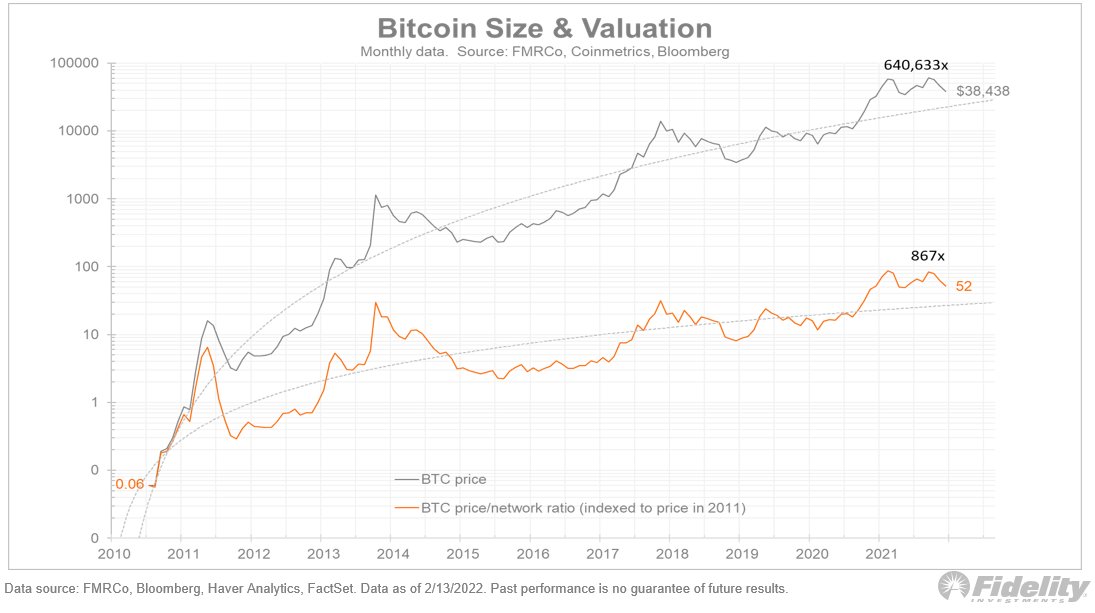 Timmer hinted to long-term expansion in the Bitcoin market because of the striking similarities in the rise of Bitcoin and Apple networks, based on their pricing and price-to-sales/network ratios.

In addition, the seasoned analyst compared demand curves for mobile phone subscriptions and internet adoption to Bitcoin to come to the same conclusion, predicting that BTC’s price will rise above $100,000 in the future. 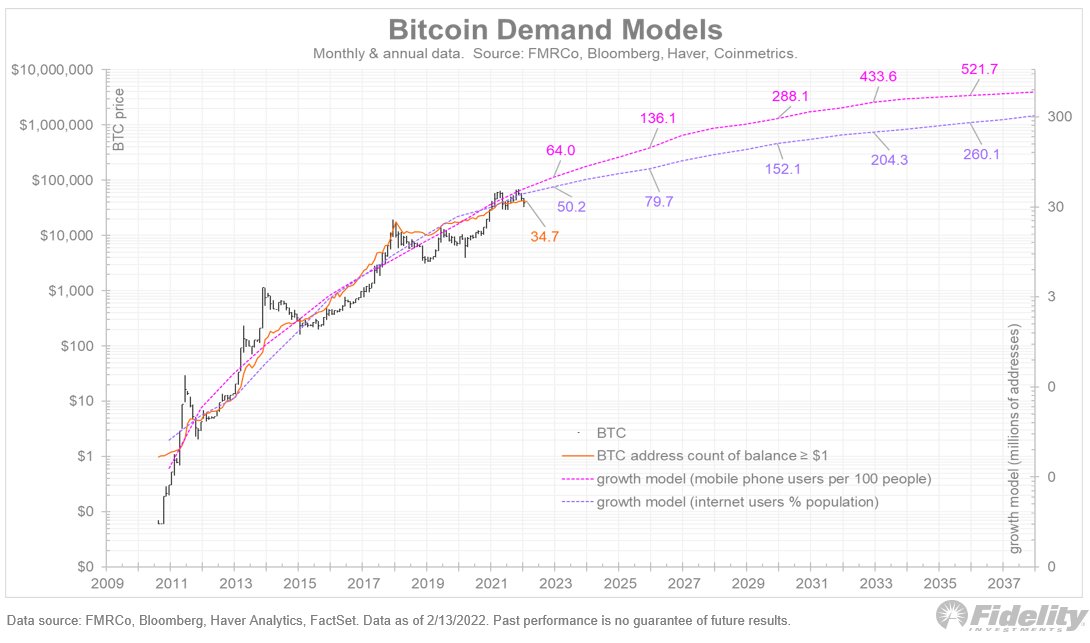 Long-term BTC settings are once again in the spotlight.

Other analysts, like Timmer, predicted that the current downturn would be a correction in a long-term bull market.

BTCfuel, an independent market analyst, for example, expressed optimism, citing a fractal from 2013.

In particular, Bitcoin appears to be stuck below the same moving averages in 2022 as it was in 2013. And, according to BTCfuel, since BTC broke above the stated resistance regions eight years ago, its chances of replicating the same price action this year appear to be better.