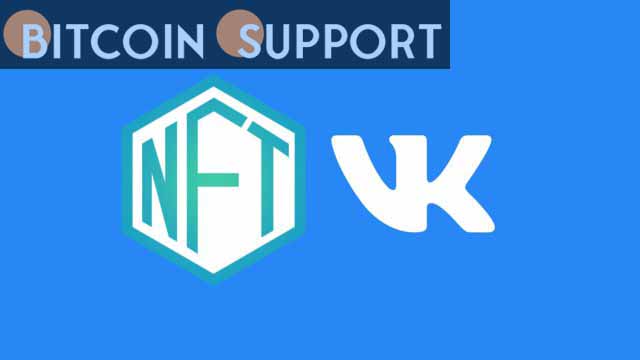 Vkontakte, Russia’s largest social media network, has stated that it will support blockchain and NFTs. The crypto technologies will be integrated into the platform’s scheme for monetizing user content and protecting copyright.

Vkontakte will make it easier to use non-fungible tokens.

Vkontakte, the major Russian social networking site, plans to use blockchain technology and non-fungible tokens (NFTs), according to the company’s Technical Director Alexander Tobol in a recent interview with Vesti.

According to the CEO, both would be part of a suite of tools for monetizing user-generated content and protecting copyrights. Tobol defined an NFT as a digital certificate of uniqueness that ensures it is impossible to counterfeit the content guaranteed by an entry into a distributed ledger.

Tobol went on to say that Vkontakte is not planning to build its own blockchain. The popular social media network promises to function as a go-between and aid in its implementation. He went on to say:

“It is easy to create an NFT, then list it on an exchange. And here, our task as the largest service in Russia for interaction with [an] audience, with an incredible amount of user-generated content, is to provide this opportunity.”

According to Vesti, the worldwide market for non-fungible tokens is worth between $20 billion and $35 billion each year, with a forecast of roughly $80 billion by 2025. However, according to the research, the biggest issue with NFTs is fraud.

Opensea, the world’s largest digital art marketplace, has admitted that more than 80% of all NFTs made using their free program are either fraudulent or plagiarism. Cent, another NFT platform, has banned all trading of photo and audio NFTs for similar reasons.

Vkontakte will also use its existing Content ID system to verify the originality of all downloaded music and video content, both within the social network and in the databases of the world’s top labels, to address the issue.

Vkontakte’s decision follows allegations in January that Facebook’s owner Meta is planning to let members of the world’s top social media network to produce and sell NFTs. The strategy is part of an effort to capitalize on the increasing market for digital collectibles.