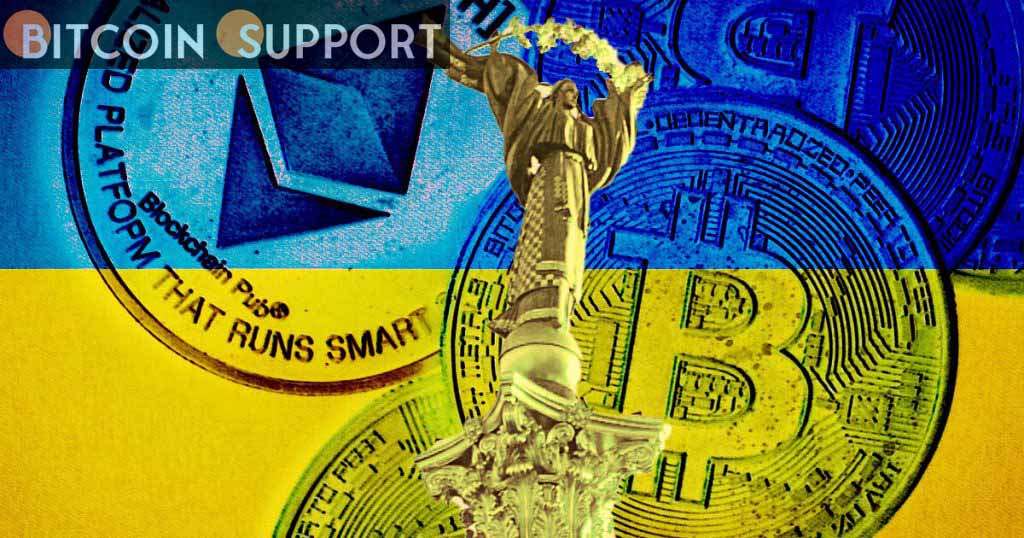 Ukraine has received approximately $40 million in cryptocurrency donations, with nearly $7 million coming after the cancellation of the airdrop.

On Wednesday, Ukrainian Vice Prime Minister Mykhailo Fedorov stated to the public that the country had decided to cancel an airdrop for crypto contributors that had been announced on Tuesday in favor of raising more funds through the sale of nonfungible tokens (NFTs).

After careful consideration we decided to cancel airdrop. Every day there are more and more people willing to help Ukraine to fight back the agression. Instead, we will announce NFTs to support Ukrainian Armed Forces soon. We DO NOT HAVE any plans to issue any fungible tokens

On Wednesday, Ukraine’s crypto airdrop program took an unexpected turn when a fraudulent account created 7 billion “Peace World Tokens,” giving the impression that they were the genuine airdrop token for crypto donors.

The bogus airdrop started about an hour before the officially announced time, but Etherscan quickly detected it. Fedorov confirmed a few hours later that Ukraine will employ NFTs and will not be releasing any fungible tokens.

Following the airdrop announcement, the official Ukrainian crypto wallet for donations apparently received $7 million in donations, which sparked controversy on Crypto Twitter. While the minister did not specify why the airdrop was cancelled, some in the crypto world were disappointed, while others, such as Twitter personality Cobie, found humor in the situation.

This is the best rug ever

Ukraine first announced the airdrop on Wednesday, after receiving a lot of support from the crypto community and millions of dollars in digital asset donations.

The people of Ukraine fighting for our freedom are forever grateful to Gavin Wood @gavofyork for the generous donation of $5M of @Polkadot $DOT as promised publicly. Thank you from all of us here in Ukraine working for a peaceful future 🇺🇦

Ukraine has turned to cryptocurrency in the face of the country’s deteriorating position as a result of Russia’s invasion. Last Saturday, Ukraine’s official Twitter account released a Bitcoin (BTC) and Ethereum (ETH) wallet address, as well as a request for assistance from the global crypto community.

The official donation wallet added Polkadot and Dogecoin addresses in response to the crypto community’s need for further crypto support.