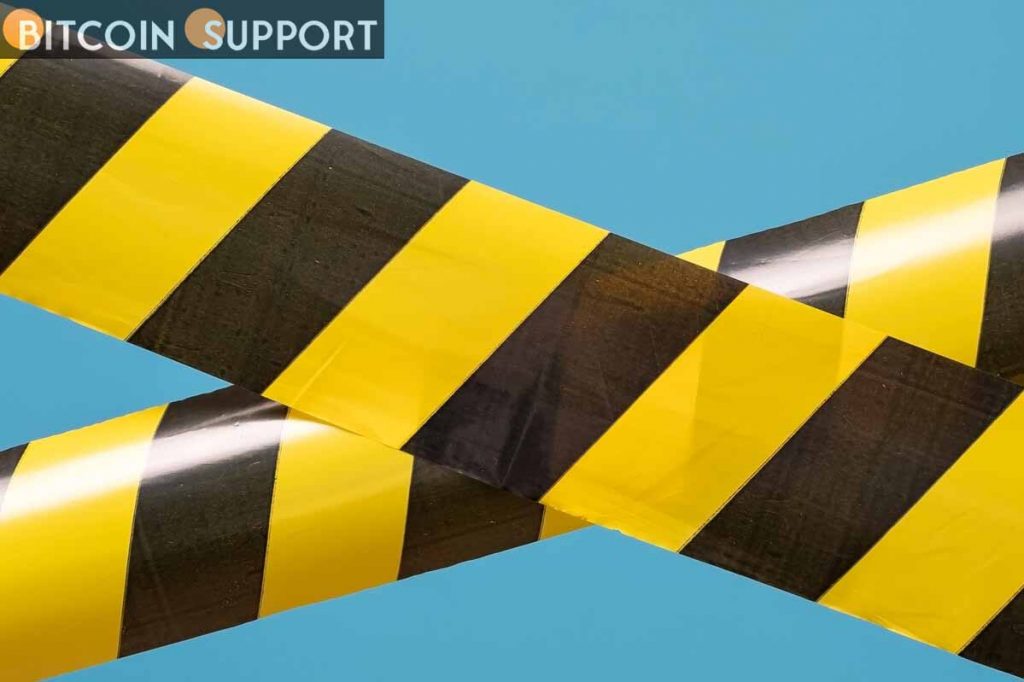 Banks on both sides of the Russia-Ukraine conflict are taking steps to block the flow of crypto cash offshore, with central banks keen to prevent normal citizens from transacting in crypto via banks.

According to Forklog’s Ukraine service, PrivatBank, one of Ukraine’s largest commercial banks, has “temporarily prohibited” its clients from transferring fiat hryvnia holdings to cryptocurrency exchanges, citing a decision by the central National Bank of Ukraine.

The blockade will remain in place for the duration of Ukraine’s martial law. PrivatBank was quoted as having stated:

“Banks are barred from carrying out cross-border transfers worth monetary values ​​from Ukraine on behalf of their clients. Transferring funds from one currency to another for use on cryptocurrency exchanges is not an exception to this regulation.”

The WhiteBIT and Kuna cryptocurrency exchanges, on the other hand, stated that the majority of their crypto-fiat trading services would remain operational, with the latter informing the same media outlet:

“It’s understandable that cross-border transfers are restricted. However, this has no bearing on our market. Users can deposit and withdraw hryvnia to and from the Kuna currency. Everything will operate normally.”

However, Binance said that PrivatBank had “not contacted” it about the exchange’s “hryvnia input” being “blocked.” The exchange did remark, though, that select customers had reported “issues with such transactions.”

Meanwhile, Russia’s Central Bank has reportedly added cryptocurrency to a list of assets that banks should prohibit citizens and organisations from exporting to nations that are now on “unfriendly terms” with Russia.

Vedomosti said that it had gotten a letter on the subject dated March 16 from Deputy Central Bank Chairman Yuri Isaev. According to the media site, three persons familiar with the case confirmed the letter’s validity.

Isaev allegedly added in the letter that banks had been encouraged to “watch financial transactions involving both individuals and legal companies,” with a particular emphasis on “attempts to withdraw assets by organisations based in countries hostile to Russia.”

This list of “hostile” nations includes 48 states, including the United States of America, the United Kingdom, and all of the European Union’s member states.

According to reports, the Central Bank advised Russia’s credit institutions to “pay increased attention to any unexpected consumer behaviour.” It allegedly instructed banks to disclose “abnormal transaction activity” and “changes in the nature of expenses, including investments.”

Banks were reportedly advised that “any attempts to evade the Central Bank’s limitations” must be halted. It suggested “if required, banning of suspect transfers.”

According to Isaev, banks should be cautious of abrupt “increases in [transaction] volumes that are not consistent with private consumption.” He cautioned that such transactions may constitute the “purchasing of goods” with the intent of “subsequent resale.”

Banks have reportedly been forced to notify the anti-money laundering agency Rosfinmonitoring of suspicious transactions.

Russians and Russian businesses have been advised that they may only purchase securities and real estate from companies and individuals on the “unfriendly” list with prior approval from the government.