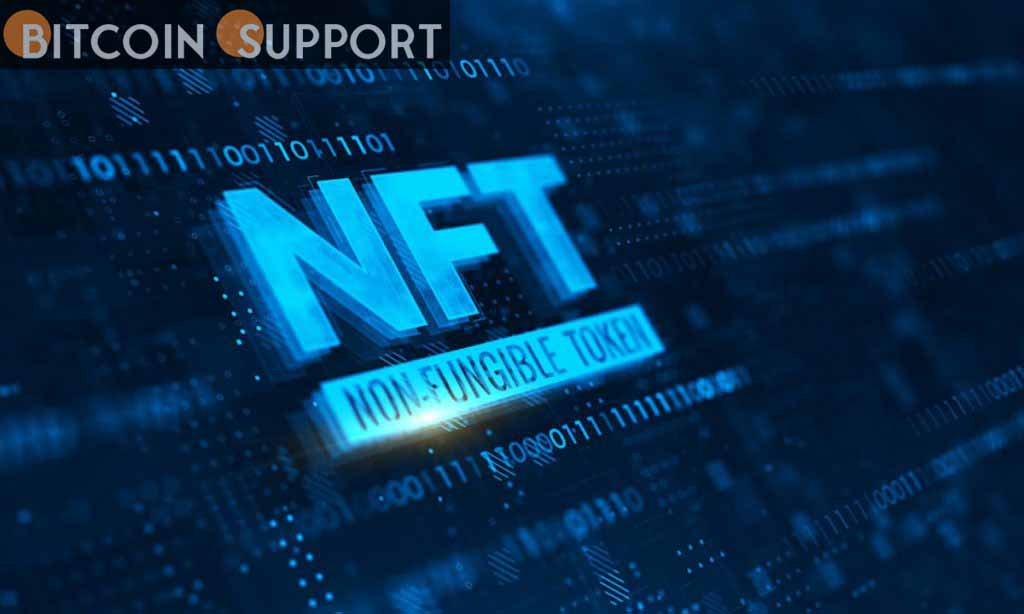 The floor price of the Lana Rhoades NFT project has reduced 96.1 percent, and a Solana NFT vending machine is now open 24 hours a day, seven days a week in New York.

An unidentified non-fungible token (NFT) collector spent 204 Ether (ETH) worth around $488,800 on gas fees to mint 1,000 Tubby Cats NFTs (at the time of writing, much more when it happened).

According to the Etherscan transaction history, the Tubby Cats enthusiast spent more than $720,000 on minting the NFTs, including gas fees.

Following the minting of 1000 NFTs and Tubby Cats filling Nifty Twitter timelines, the community appears to have turned the incident into a meme, with many figures jokingly claiming to be Tubby Cat whales.

It wasn't me but props to the guy who did it 🤝

20,000 NFTs representing unique computer-generated cat avatars are part of the project. Tubby Cats NFTs have generated 11,600 Ether ($27.7 million) in trade volume in just three days since being listed on NFT marketplace OpenSea, according to data from the platform.

We may be going to war but at least I got my tubby @tubbycatsnft pic.twitter.com/KTsPYe3b3E

A substantial investment has been made in a blockchain-based fantasy basketball game.

The game will begin with an early alpha for 2,000 people, who will be able to acquire fictional player NFTs and create teams for season 0. Users will be able to win rewards from the game by participating in simulated team combat against other players. “While we’re primarily focused on creating a novel and enjoyable experience, it was also critical to us to return power to players by allowing them to define the game’s path and reap the financial advantages,” said Charles Du, Fast Break Labs’ CEO and co-founder.

The vending machine, which was soft-launched in December but is now fully operational and accepts credit and debit card payments, was first introduced in December. After payment, a box with a unique code is dispensed, which can be used to redeem an NFT advertised on the site. The vending machine was created to provide the “simplest, most accessible means to purchase, sell, and exchange NFTs in the real world,” according to the company.

Jordan Birnholtz, CMO and co-founder of Neon, spoke at the event about the significance of creating a user-friendly shopping experience as a way to eliminate a barrier to crypto adoption:

“By giving individuals the option of using vending machines as well as a simple online platform that separates cryptocurrencies from NFT participation, we can reach the broadest audience possible.”

“NFT buying and selling shouldn’t be a mystery, and you shouldn’t have to possess Ethereum, develop a smart contract, pay gas charges, or connect blockchains to participate,” he added.

Rhoades’ CryptoSis NFT set includes 6,969 coins depicting the influencer in a cartoon manner. The cost of minting plus gas expenses came to 0.18 Ether ($421), although the floor price on OpenSea has now dropped to 0.007 Ether ($16).

The community appears to be dissatisfied with Rhoades and the project’s team, as Twitter user “Zachxbt” pointed out earlier this month:

“Another project with a dead influencer. The staff hasn’t done anything in weeks, the roadmap hasn’t changed, and the majority of the funds raised have been transferred to Coinbase/Gemini.”

Another dead influencer project. No activity from the team in weeks, roadmap untouched, majority of the funds raised transferred to Coinbase/Gemini.

The enterprise is claimed to have made roughly $1.8 million in profit, and others have wondered why Rhoades deleted his promotional Tik Tok videos about it now that it is no longer active.

According to new data, NFT transactions on Ethereum have overtaken stablecoin and altcoin transfers, while the quantity of wrapped Bitcoin (WBTC) has stayed essentially unchanged since late last year.

On February 22, Puma became the latest major company to buy a decentralized URL and expose their NFT aspirations by changing their Twitter handle to Puma.eth. The Ethereum Name Service was used to register the domain name for the German sportswear brand.