Traders should not expect a $2 trillion crypto market cap any time soon, according to two metrics 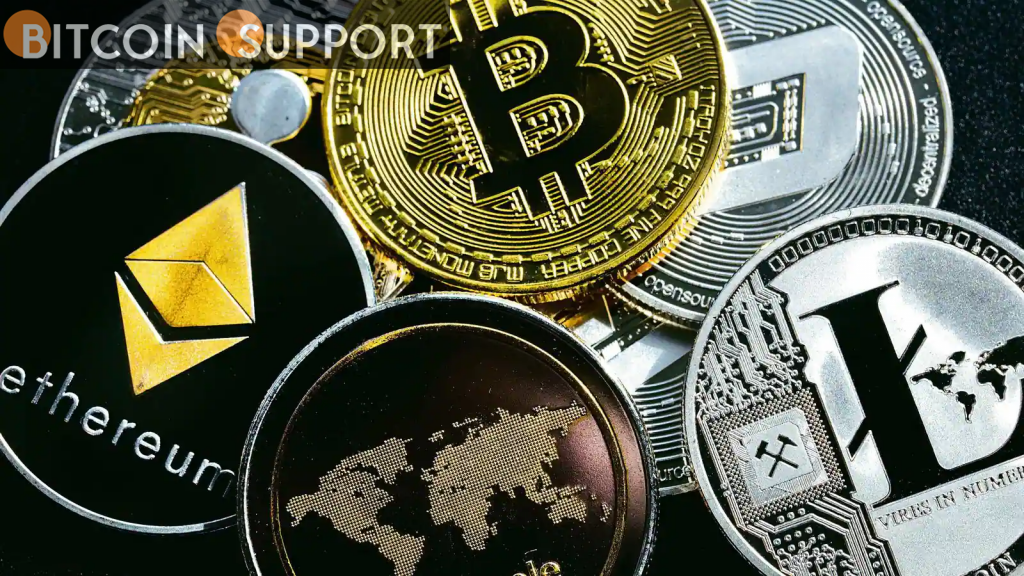 Tether and futures premiums suggest a lack of excitement in the market, despite only one currency among the top-80 dropping during the past week.

After the $1.95 trillion capitalisation hurdle was rebuffed on March 20, cryptocurrencies failed to break the 42-day decline. Despite the fact that Bitcoin (BTC) has only gained 3.7 percent in the last seven days, altcoins have had a strong climb.

Between March 14 and 21, the total capitalisation of crypto marketplaces increased by 6.2 percent to $1.92 trillion. Ether’s (ETH) 14 percent increase, Cardano’s (ADA) 13 percent gain, and Solana’s (SOL) 10 percent rise all contributed to this strong result.

While such assets did not have the highest weekly gains among the top-80 coins, Ether may have bolstered investors’ hopes after Glassnode’s on-chain data revealed that ETH balances on crypto exchanges had dropped to their lowest levels since 2018.

When comparing the winners and losers, the findings are skewed because just two names had poor performances in the previous seven days: 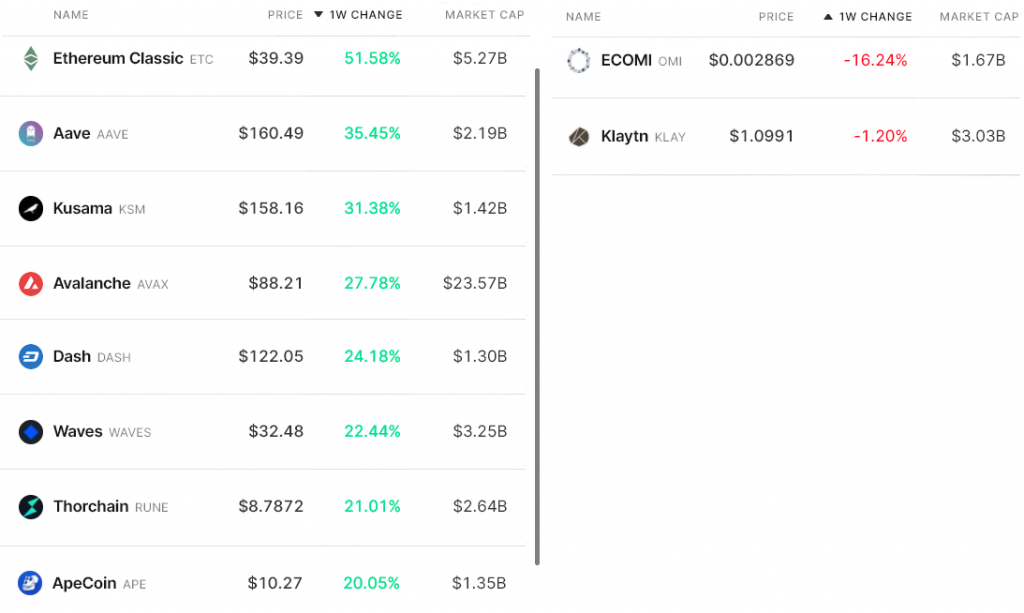 On March 16, AAVE added cross-chain asset capability, a community contribution tool, and a gas optimisation model to its v3 liquidity pool upgrade, which increased its value by 35%. Instadapp, Debank, 1Inch, Paraswap, Zapper, DeFisaver, Zerion, and other wallet-based decentralised applications (DApps) will be incorporated.

Tether premium is a little uneasy.

The OKX Tether (USDT) premium is a solid indicator of crypto demand among Chinese retail traders. It calculates the difference between peer-to-peer trades in China and the US dollar.

Excessive buying demand tends to push the signal above fair value at 100 percent, and Tether’s market offer is inundated during weak markets, resulting in a 4 percent or larger discount.

Tether’s premium is currently at 99.9 percent, its lowest level since March 3. The index showed a slight decline over the past week, albeit being far from retail panic selling.

Still, lower retail demand isn’t cause for concern because it matches the whole cryptocurrency market capitalisation, which is down 46% year to date.

Inverse swaps, often known as perpetual contracts, have an imbedded rate that is normally charged every eight hours. This fee is used by exchanges to avoid exchange risk imbalances. 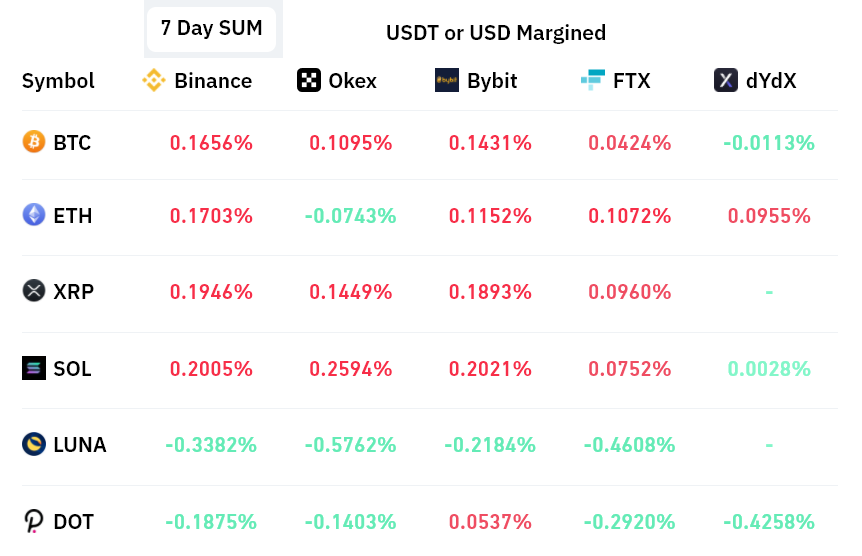 The accumulated seven-day financing rate for Bitcoin and Ether is slightly positive, as seen above. This data shows a minor increase in demand from longs (buyers), but the difference is insignificant. Solana’s positive 0.20 percent weekly rate, for example, means 0.8 percent each month, which isn’t a big deal for most futures traders.

Short interest in Terra (LUNA) and Polkadot (DOT) futures, on the other hand, was marginally higher (sellers). Traders’ lack of trust is reflected in the paucity of Tether demand in Asia and varied perpetual contract premiums, despite recent price rises.