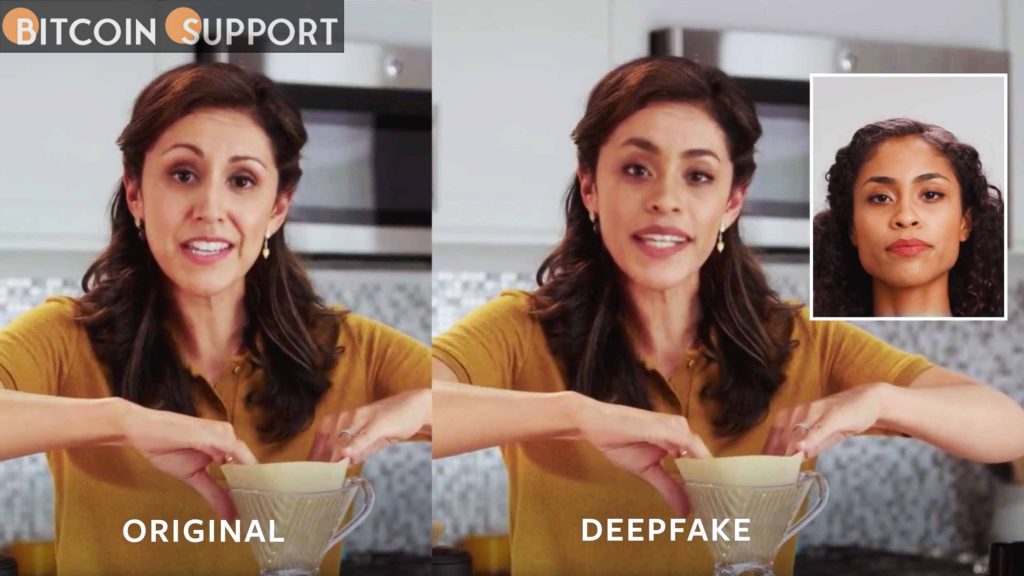 Scammers are employing deep-fake technology to impersonate anybody from influencers to high-profile crypto individuals in order to steal cryptocurrency from unsuspecting victims; however, they currently appear to be focusing on mimicking average people since they are “more convincing” tools.

Miranda, an e-commerce employee who did not want to use her real name because her employer has not given her permission to speak publicly, was the most recent victim of such an attack.

According to The Sydney Morning Herald, imposters created a deep fake video of the 34-year-old supporting a crypto fraud and posted it on her Instagram account on February 13.

Miranda’s phoney version states in the video, “Hi guys, I just invested $1,000 and got $10,000 back into my bank account right away,” before urging her followers to contact a questionable account.

“I was completely traumatised,” she explained. “My spouse showed me the video, but I was only able to see a few seconds of it.” It’s so disturbing to see yourself on a television when it’s not you.”

David Cook, a specialist in information warfare and cybersecurity management at Edith Cowan University, has recently received a slew of complaints regarding deep fakes of ordinary people, which he argues are significantly more convincing and believable.

“It’s almost a theatrical when you target celebrities because you’ll see someone say something absurd,” he told the SMH, adding:

“The ring of truth works for mom and dad investors because it’s much more convincing when it’s just a regular person because you don’t question the theatrical aspect of it.” You just accept it as a person expressing their beliefs.”

Miranda claims that by gaining access to her Microsoft team meetings, scammers were able to gather data on her face and voice. Miranda initially believed someone had been photographing her in her home when she first saw the footage.

She also informed the police and the Australian Cyber Security Centre about the incident.

Deep fakes are becoming increasingly common as the tools needed to make them grow more affordable and accessible.

“If we succeed, it implies that platforms, in this case Facebook, must do a lot more to protect consumers and take considerably more active steps to do so,” said Australian Competition and Consumer Commission chairman Rod Sims, who estimates the lawsuit would cost the ACCC “north of $1 million.”

Deep fake films attempting to defraud consumers have existed at least since 2020; for example, scammers were mimicking Tron (TRX) founder Justin Sun at the time.

The scammers approached crypto projects with the intention of developing relationships with Tron at the time. They also asked the opposing party to participate in a “live” Skype call with Sun, which was actually a pre-recorded video employing deep fake technology.