The United States and the European Union have increased its sanctions against Russia, which may be utilising crypto to avoid penalties 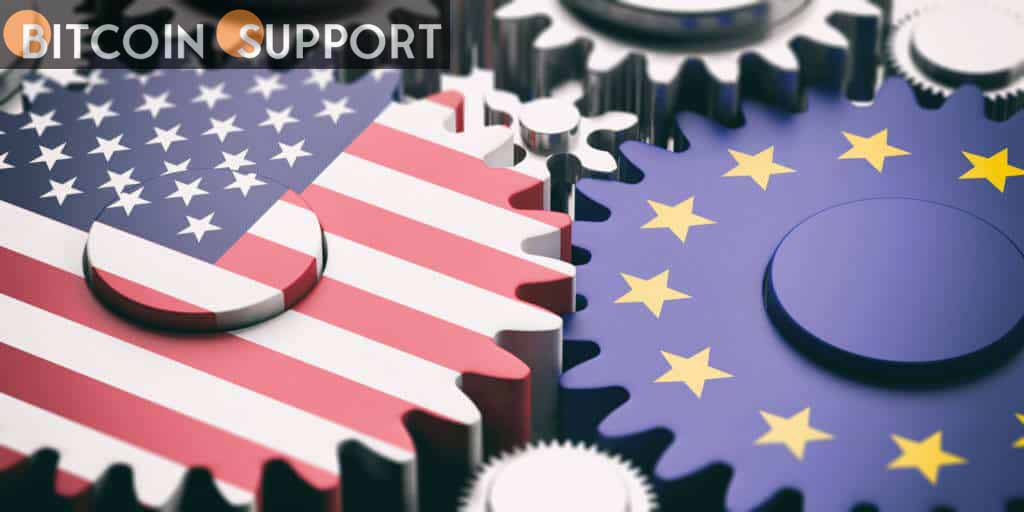 The US and the EU have announced further moves aimed at Russia’s economy and wealthy individuals, as a report claims that Vladimir Putin’s associates have attempted to avoid sanctions by utilising cryptocurrency in foreign nations.

In reaction to President Vladimir Putin’s military invasion of Ukraine, the White House announced on Friday that the US, Canada, France, Germany, Italy, Japan, the United Kingdom, and the European Union will take new steps to economically isolate Russia. The declaration includes prohibitions on the import of various Russian goods, prohibitions on the export of luxury goods to Russia, and instructions to the US Treasury Department on how to track the country’s attempts to circumvent existing sanctions.

“Regardless of whether a transaction is denominated in traditional fiat currency or virtual currency, Treasury’s expansive actions against Russia require all U.S. persons to comply with sanctions requirements,” the White House stated. “The Treasury Department is closely monitoring any attempts to bypass or breach Russia-related sanctions, including through the use of virtual currency, and is committed to using its extensive enforcement authority to combat violations and promote compliance.”

Had a substantive conversation with @POTUS. Gave him the assessment of the situation on the battlefield, informed about the crimes of Russia against the civilian population. We agreed on further steps to support the defense of Ukraine and increase sanctions against Russia.

The US approach is part of a coordinated effort with the European Union and G7 countries to “increase collective pressure on Putin” and impose extra financial sanctions on Russia. The European Commission announced on Wednesday that its member states had decided to alter legislation in order to ensure that “Russian sanctions cannot be bypassed, including through Belarus,” explicitly addressing the usage of crypto assets.

President of the European Commission, Ursula von der Leyen, stated that the sanctions on Russia will begin on Saturday. Despite the fact that several EU nations have not stated whether they will put limitations on Russian-produced oil and gas comparable to those imposed by US President Joe Biden earlier this week, Von der Leyen warned there would be a “major prohibition” on European investments in Russia’s energy industry.

We’ll also work to suspend its membership rights in multilateral financial institutions like the IMF & World Bank – so no more loans or benefits from these institutions.

Individuals and businesses trading in cryptocurrency have been warned of possible enforcement actions by regulatory bodies and government departments in several nations adopting such economic sanctions against Russia. According to Bloomberg, the US Justice Department is organising a new task force to freeze or seize the crypto holdings of wealthy Russian individuals, as well as investigate banks and crypto businesses that assist entities identified under sanctions for money laundering. The Financial Conduct Authority and the Office of Financial Sanctions Implementation in the United Kingdom published a joint statement warning crypto companies to “play their part in ensuring that sanctions are complied with.”

The UK regulators stated, “Financial sanctions legislation do not differentiate between crypto assets and other forms of assets.” “It is a criminal violation to employ crypto assets to evade economic sanctions.”

The economic sanctions against Russia were quick, and they impacted a wide range of industries. In the previous seven days, private companies such as McDonald’s, Goldman Sachs, and Visa and Mastercard have all severed connections with the government.

Though some US officials have indicated that crypto will be tough for Russian individuals and firms to use to avoid such broad and unexpected penalties, Reuters reported on Friday that they may be looking to the United Arab Emirates for help. According to the news portal, crypto businesses in the country have received several requests about using cryptocurrency to buy real estate or dispose big quantities of digital assets.

“We’ve seen a lot of Russians and even Belarusians coming to Dubai and carrying whatever they can, including cryptocurrency,” claimed an unnamed real estate broker whose firm worked with a crypto firm.

Some cryptocurrency exchanges have turned down requests from Ukraine to blacklist all Russian addresses. Coinbase and Kraken, both based in the United States, said they would freeze the assets of those mentioned in the sanctions. Users with accounts at sanctioned Russian banks will not be able to use Binance, and the platform will not accept payments from Mastercard and Visa cards issued in Russia.

Fact: there are about 350 banks in Russia. Only about a dozen are on the sanction list.

And everyone's focused on crypto. 🤷‍♂️

(ps, none of them work with crypto exchanges)

Russia’s and Ukraine’s relationship is still evolving. While Ukraine has been under Russian missile attacks since February 24, Ukraine’s minister of digital transformation, Mykhailo Fedorov, continues to issue tweets urging financial services firms, especially those involved in crypto, and significant corporations to stop doing business with Russia:

Today, the entire democratic world has united against Russia to punish the bloody invaders economically. I call on @tether_to @paoloardoino to stop any transactions with the Russians! For peace!