The price of Bitcoin has broken to the upside, but where are all the leveraged long traders? 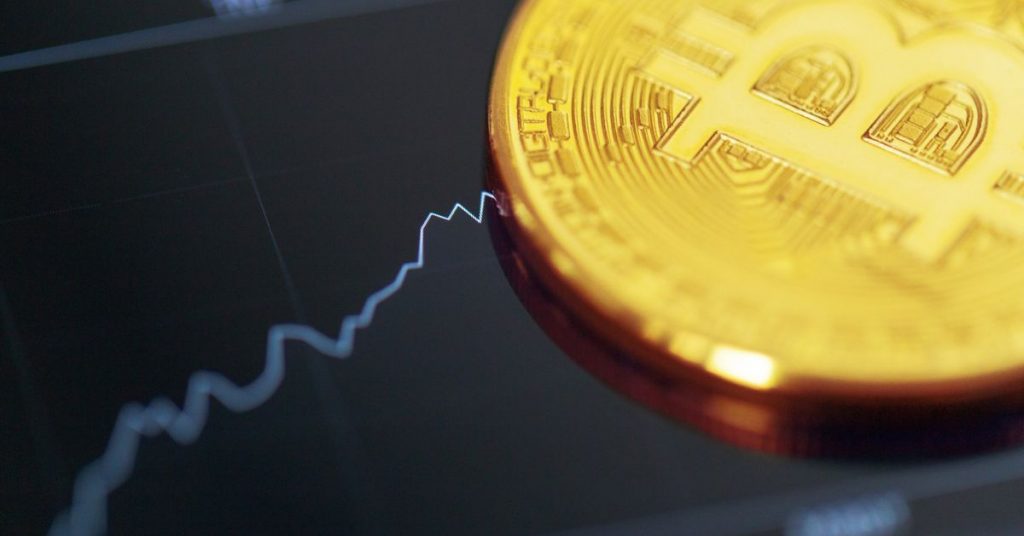 The bitcoin price is attempting to break out of its slump, but professional traders are reluctant to build leveraged bets.

After nearly 20 days of price compression, the symmetrical triangular pattern is breaking to the upside, as evidenced by the Bitcoin (BTC) chart this week. However, derivatives measurements paint an entirely different picture, as skilled traders are loath to add leveraged positions and overcharge for downside protection.

Whether or not Bitcoin finds support between $30,000 and $31,000 depends in part on the performance of global markets.

Over a decade has passed since the last time the U.S. stock markets saw a seven-week consecutive downturn. The United States’ new house sales have dropped for four consecutive months, the longest stretch since October 2010.

China’s on-demand services experienced a staggering 20 percent year-over-year fall, the largest change ever recorded. According to figures issued by the government on May 30, consumer spending on internet services between January and April was $17.7 billion.

After investors sought refuge in cash positions in response to rising interest rates, inflation, and macroeconomic uncertainty, the value of stock offerings in Europe reached its lowest level in 19 years. Bloomberg reports that initial public offerings and subsequent deals raised only $30 billion in 2022.

All of the aforementioned factors make it simpler to see the disparity between Bitcoin’s recent price recovery to $32,300 and bad derivatives data, as investors are pricing in a greater likelihood of a crash, mostly due to deteriorating global macroeconomic conditions.

The metrics for derivatives are neutral to bearish.

Quarterly futures are typically avoided by retail traders due to their price difference from spot markets, but they are the favoured instrument of professional traders since they avoid the shifting funding rate of perpetual contracts.

These fixed-month contracts typically trade at a little premium to spot markets, as investors require additional funds to defer payment. This circumstance is not unique to cryptocurrency markets. In healthy markets, futures should therefore trade at a 5 to 12 percent yearly premium. 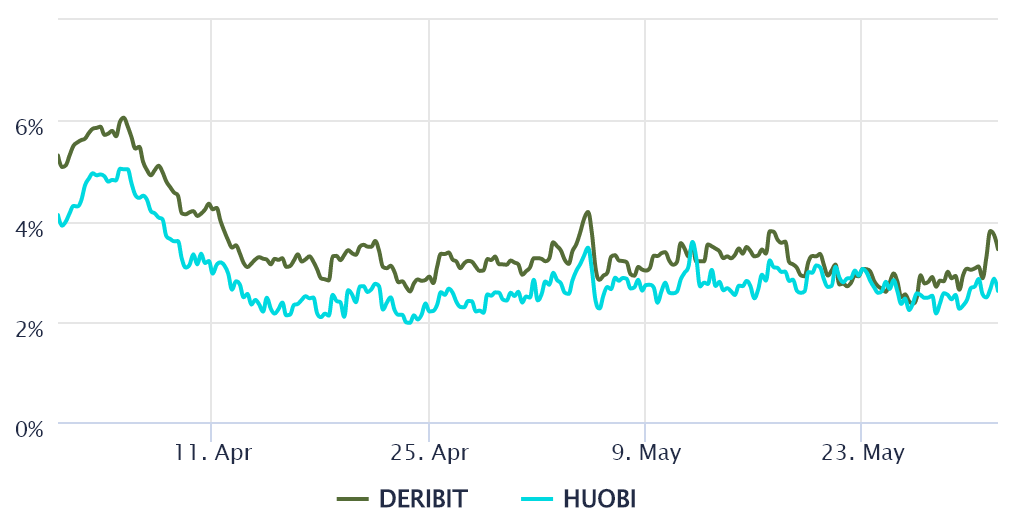 Since April 12, Bitcoin’s futures premium has been below 4 percent, according to data from Laevitas. This reading is characteristic of bearish markets, and it is concerning because the indicator failed to surpass the 5 percent neutral level when the price approached $32,000.

To avoid externalities peculiar to the futures instrument, traders must additionally investigate Bitcoin options markets. The optimal delta skew is 25 percent because it reveals when Bitcoin market makers and arbitrage desks overcharge for upside or downside protection.

During unfavourable markets, options traders increase the probability of a price decline, causing the skew indicator to rise above 12 percent. Conversely, a bull market’s widespread enthusiasm results in a negative skew of 12 percent or less.

On May 14, the 30-day delta skew reached a record high of 25,4 percent, which is indicative of severely negative markets. However, the situation improved on the 30th and 31st of May, when the indicator stabilised at 14%, albeit it indicates a greater likelihood of a price drop. Nonetheless, it indicates a moderate increase in derivatives traders’ sentiment.

The concerns of a worldwide economic recession are likely the primary reason why Bitcoin options markets are tense and why the futures premium remains low. The 30-day correlation between Bitcoin and the S&P 500 index is 89 percent, indicating that traders have less reasons to place bullish wagers on cryptocurrencies.

Some measurements suggest that the stock market may have bottomed last week, given that it is currently trading 8.5% above its intraday low on May 20; however, dismal economic data are dragging on investor morale. This increases risk aversion and has a detrimental effect on the bitcoin markets.

Until there is a better definition for traditional finance and the world’s largest economies, Bitcoin traders should continue to avoid leveraged long positions and retain a bearish view, which is reflected in the options markets.