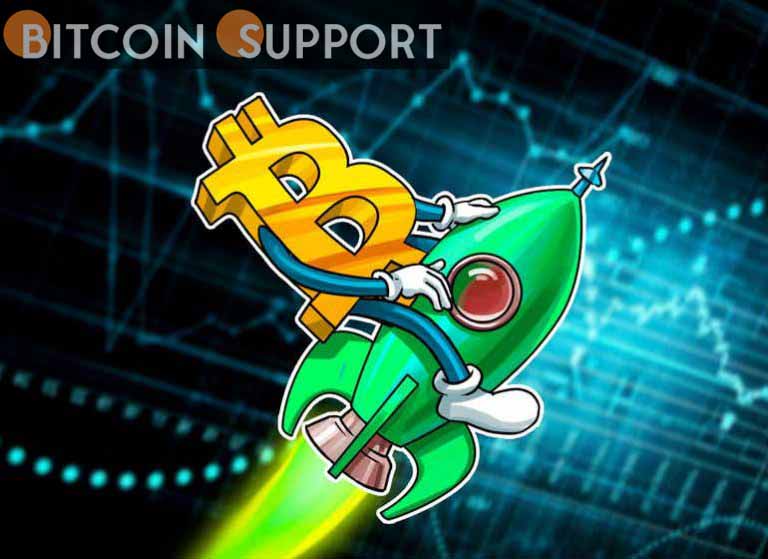 “In a period of increased geopolitical uncertainty, conflict, and capital constraints, investors are forecasting that crypto will become an increasingly significant apolitical and trustless money,” Arcane Research noted.

During the Russian invasion of Ukraine, the “actual” daily Bitcoin (BTC) volume soared to levels not seen in three months.

The business mentioned “new crypto narratives” that have emerged as a result of the ongoing crisis, such as crypto fundraising in Ukraine, increased demand in relation to the western block, and Russia implementing “the toughest capital controls in decades.”

Strong selling pressure from investors trying to take risk off the table on Feb. 24 may also have contributed to the rise in daily BTC volume, as the price plummeted 10 percent on that day.

The term “real trading volume” refers to information obtained from exchanges that are thought to be trustworthy and free of wash trading. In this case, Arcane Research used data from the Bitwise 10 exchanges (which include Coinbase, Kraken, Poloniex, and Binance), as well as LMAX and FTX. 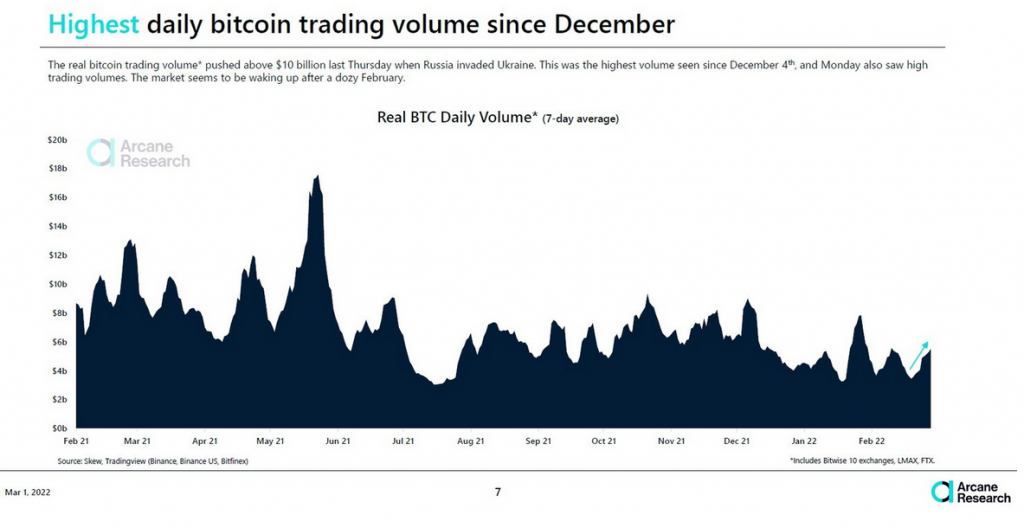 Crypto data aggregators such as Coingecko, which collects data from over 500 exchanges, estimated BTC’s trading volume on Feb. 24 to be about $25 billion. Messari’s genuine BTC volume chart (which includes a few more exchanges) shows a similar picture to Arcane’s, with a peak of roughly $11.6 billion in volume last Thursday.

According to Messari data, the true daily BTC volume has dropped to roughly $7.5 billion since February 24. Th

Arcane Research also pointed out that on Feb. 28, the price of BTC had its greatest daily percentage gain in almost a year, surging 14.5 percent in just 24 hours. The firm ascribed the growth in part to increasing speculation on crypto’s use cases amid the current Russian invasion, as well as Russian and Ukrainian crypto adoption (albeit the actual volume is rather tiny in global terms).

“In a period of increased geopolitical uncertainty, conflict, and capital constraints, investors are speculating that crypto will become an increasingly significant apolitical and trustless money.” This speculation could have contributed to the 15% increase in the price of Bitcoin in the last seven days.”

There have been flow-on repercussions for the adoption of cryptocurrencies as financial services and markets in both Russia and Ukraine have been significantly affected.

According to the report, statistics from last month showed a considerable increase in cryptocurrency purchases by Ukrainian individuals.

Daily Tether (USDT) stablecoin purchases on Binance via the Ukrainian hryvnia (UAH) jumped from around $2.5 million on Feb. 24 to around $8.5 million on Feb. 25 as the full-scale Russian invasion began. The BTC/UAH chart followed a similar path, rising from roughly $1 million to $3.0 million in the same time span.