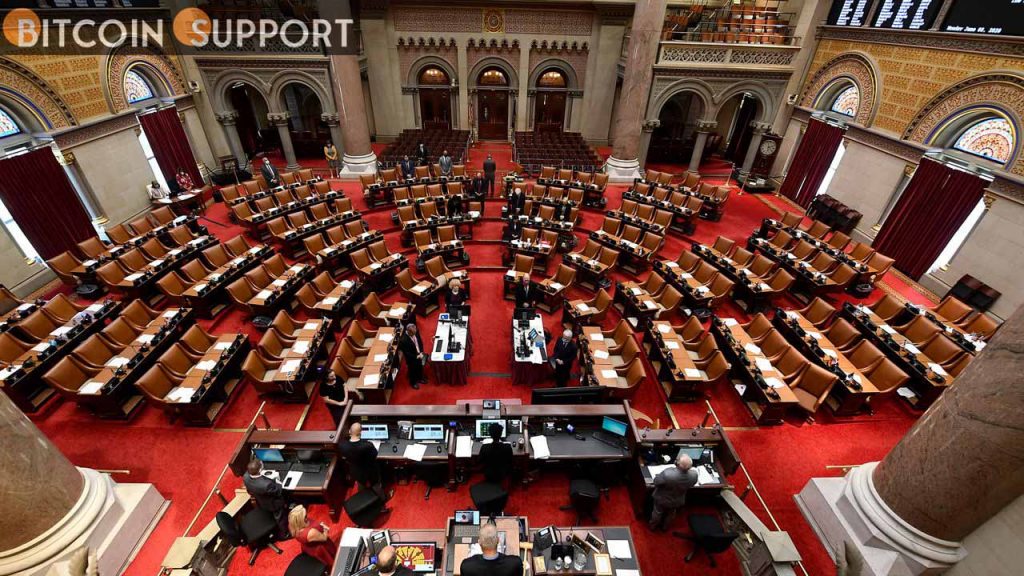 The bill will now be sent to the Senate for consideration before being signed into law by Governor Hochul.

The New York State Assembly passed a bill late Tuesday, April 26 that would impose a two-year moratorium on all new proof-of-work (PoW) cryptocurrency mining operations in the state that rely on carbon-based fuel. The law filed by Anna Kelles would not only put a two-year ban on the approval of any new Bitcoin mines, but it would also restrict the renewal of permits provided to existing PoW cryptocurrency miners who use carbon-sourced energy from increasing their electricity use.

Thrilled that my bill with Senate champion @kevinparkernyc A7389C/S6486D just passed in the Assembly as part of the #EarthDay Package! Thank you to all of cosponsors and advocates who helped get this bill to the floor for a vote! 🌎 pic.twitter.com/NhVnMo3FJE

With 95 votes in favour and 52 votes against, the bill was passed and will now be carried by Senator Kevin Parker for a vote in the Senate. If it passes, it will be delivered to Governor Kathy Hochul, who will have the option of vetoing or signing the bill into law.

The law would mandate that the Department of Environmental Conservation (DEC) prepare a “generic environmental impact statement” to count, locate, and assess the energy consumption and greenhouse gas emissions of PoW miners, as well as their influence on public health.

The Blockchain Association, a crypto industry advocacy group, has earlier called for “pro-tech, pro-innovation, pro-crypto” New York people to oppose the measure, claiming that thousands of messages were sent to legislators.

According to the group, the bill was debated for roughly three hours, revealing what they feel is “more opposition to the mining prohibition than proponents thought.” The team said in a tweet today that it will focus its efforts in the New York Senate to reject the “anti-technology law.” Proposed bans on proof-of-work cryptocurrencies are becoming more widespread due to environmental concerns. In late March, the European Parliament narrowly vetoed a similar proposal known as the Markets in Crypto Assets (MiCA) bill, with MPs proposing a ban on Bitcoin trade to enforce the planned ban on mining.