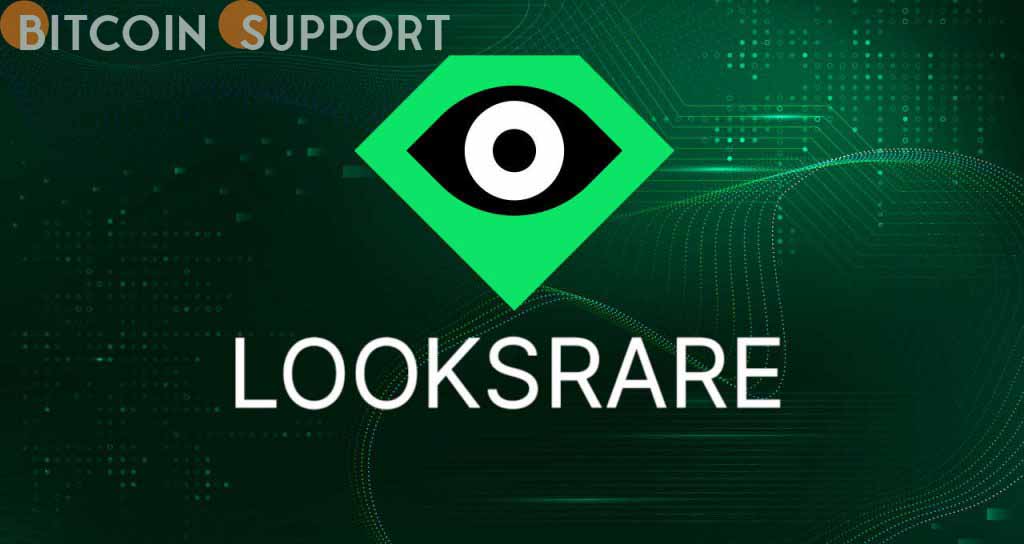 After the news of the cash-out became public, the price of the native token LOOKS fell by 15%.

LooksRare, a nonfungible token (NFT) marketplace dubbed the “OpenSea killer,” became the talk of the NFT world after the project’s team cashed out millions in Ether (ETH).

The NFT marketplace confirmed that the core team has cashed out 10,500 WETH from the unattributed staked native token LOOKS, which is estimated to be worth $30 million. The native token was used to pay platform fees and was also given to users when they sold their NFT on the platform. The unattributed LOOKS tokens were exchanged for Ether using the popular cryptocurrency mixing tool Tornado Cash. 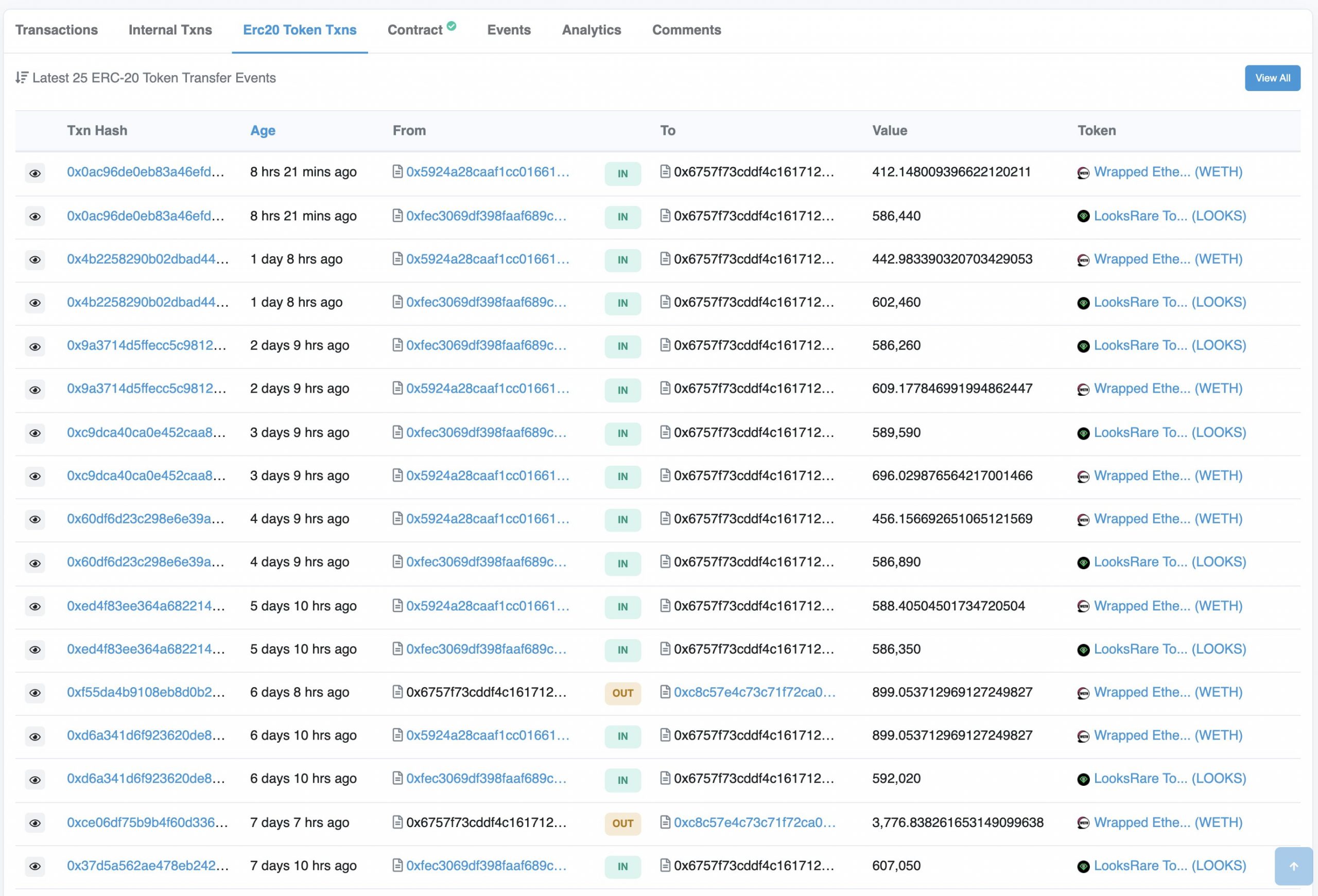 When the news broke, the team received a barrage of criticism on Twitter, and the price of the native token LOOKS dropped by nearly 15% as a result. However, one of the team members defended the withdrawal on Twitter, claiming that the team earning rewards in wrapped Ethereum was never a secret.

According to Zodd, one of the core members, the LooksRare team has been working on the platform for over six months without monetary compensation and has already fronted the seven-figure cost before the launch.

In response to a tweet claiming that the team had cashed out nearly $73 million in WETH, Zodd corrected the figure and claimed it was closer to $30 million. The team member also denied rumors of a rug pull, claiming that they are not going anywhere and that the platform’s future is bright.

Most of it is going straight to Tornado Cash. https://t.co/KjBeuqDCwS pic.twitter.com/zf9YKYb60v

According to the LooksRare team, the withdrawn WETH was a small portion of the trading fees, and no LOOKS tokens were sold. In addition, the team stated that 80,000 WETH has been distributed to LOOKS stakeholders in the last 30 days. The LooksRare community was unimpressed with the explanation for the cash-out and suggested that the team buy back the native token instead of cashing out in Ether. One user commented:

“I like how you address this as “we haven’t been paid in 6 months.” So, with a chart like this, each team member just cashed out over 3 million USD (for 6 months of work), leaving the public bag holders broke? Joke…. community-driven lol. To be honest, another crypto sad joke.”

Another user questioned the motivation for using a mixing tool to cash out, writing:

So, why was it tornadoed? You appear to have been caught cashing out and are now attempting to mitigate the damage.