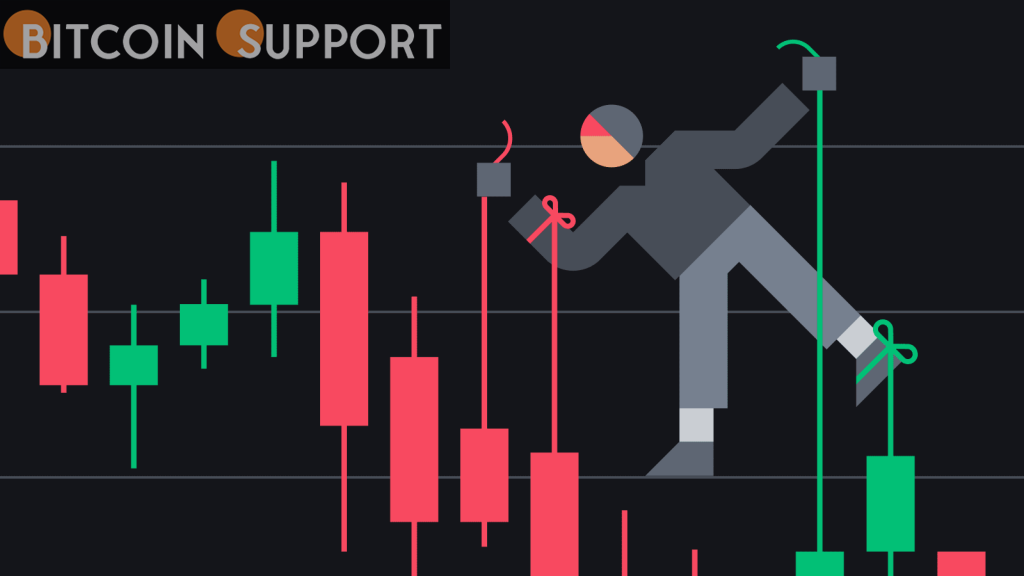 A fantastic anecdote about a married couple and a ham has been circulating the internet. In a nutshell, the wife is cooking a ham for dinner when she takes about an inch off of two sides of the ham and discards them. “That’s a waste of fine ham!” exclaims the spouse, apparently agitated. When questioned why she did it this way, the wife just stated that it was how her mother had done it.

When the wife later called her mother to inquire why she cut the ends off, she was told, “That’s how my mother cooked the ham.” Her grandmother had died away, but her grandfather was still living, and when questioned why his late wife had chopped the ham ends off, he said, “So the ham could fit in the baking pan.”

At its core, the story is about cultural training, but it’s a subject that many of us can connect to and the idea of “this is how we’ve always done things.” With the introduction of ETFs, derivatives, futures contracts, and long/short bitcoin positions in the last several years, traditional financial institutions may be in for a harsh awakening when what they used to do no longer works.

For years, big banks have been accused of price manipulation in the silver and gold markets; however, there is controversy as to whether this manipulation is as widespread as conspiracy theorists claim, or if it is much worse (InvestingNews, 2022). J.P. Morgan admitted to wrongdoing and agreed to pay a $920 million penalty between 2008 and 2016 (Reuters, 2020); one could wonder how the discussion has evolved since the news broke and whether conspiracy theorists were actually whistleblowers with “scarlet-letter Ws” that needed to be removed.

The paper precious metals markets are a one-of-a-kind creature in terms of not only derivatives, futures, and long/short positions, but also in that physical delivery is rare. Settlements are frequently done through the same paper marketplaces, with no physical metal transferred, validated, relocated, or held in a different location (Journal of Financial Services, 1990). Of course, Bitcoin can be settled more swiftly. There are no third-party precious metal audits, giant freight vehicles, armed guards, or shipping containers to transport cargo across international borders. Big banks have grabbed an opportunity to correctly call the bluffs of paper traders and settle positions with additional paper rather than the burden and difficulty of physical delivery through the long, onerous process of precious metals validation. Even in paper market settings, Bitcoin removes this burden, and liquidated holdings may be required for delivery in an instant. When attempting to employ the same strategy on an asset that can be confirmed and delivered in minutes, the way major banks have manipulated precious metals markets could backfire.

GET THE BUS BACK ON THE ROAD

“I missed the bus,” is one of my favorite phrases. The sight of a middle school student rushing to a bus stop, lunchbox clutched in hand and backpack bouncing frantically behind them, only to see the tailpipes of a gigantic, yellow, Twinkie-shaped vehicle vanish in a puff of diesel smoke, makes me want to be a kid all over again (okay, maybe not so much). The following scenario usually features the same kid, head hanging low, backpack swaying from side to side, lunchbox barely held in place with a finger or two, and feet dragging one painful, broken, and defeated step after another as the child drags himself through the final mile to school.

When bitcoin’s price falls below $1, $100, $1,000, or $10,000, I propose that some people consider themselves as those youngsters. They’re wondering if they’ll be late for the bus. Going back in time is not a possibility for average investors; however, in my scenario, major banks can try to bring the bus back and board. Never mind that everyone who was on time now has to wait while the youngster who slept in boards the now-retreated bus and causes everyone else to be late.

When big banks get their legal counsel on board, when regulators capitulate and state that they personally own bitcoin and are now allowing this entity or that entity to own it on their balance sheets or when corporate treasuries have increased exposure to bitcoin. I propose that they try to back up the bus, get on board, and pretend like the price manipulation never happened. Big money that missed the bus will use bad media, panic, and the usual playbook shenanigans to drive down bitcoin’s price, causing the most damage to retail investors, HODLers, and institutions who already have bitcoin on their balance sheets.

The harsh fact for future and current whales is that the same technologies that are used to influence prices in the precious metals markets are being developed in the Bitcoin world, but not to their benefit. As a result, everyday, hardworking people from all around the world can enter positions with limit orders and dollar cost averaging. Regular investors take a small piece of the pie when whales sell off in an attempt to manipulate the price and buy back in at cheaper valuations. With over 19 million of the entire 21 million Bitcoins previously mined, and many more in cold storage (or lost), each “pump and dump” scenario is a gamble for significant investments, with the risk of losing their previous holdings. Furthermore, as centralized exchanges and confiscation issues gain prominence, as evidenced by the Canadian government’s expropriation of demonstrators’ and sympathizers’ personal property, cold storage solutions are becoming the standard for ordinary people.

Yes, market volatility is frightening in the short term, and it is only going to get worse before it improves. Keep in mind who you’re up against. Big money is unconcerned about you, your position, or your health. They are concerned with maximizing earnings, which are maximized when retail sales are made. So don’t sell, and instead strive to be better at the game than they are. They have quarterly reports, investment targets, objectives, and stakeholders; retail investors, if they play their cards well, have the luxury of time, which can be a potent weapon if used properly.

As a result, HODLers will have plenty of chances to board the bus in the long run, as whales attempt to turn back the hands of time with their “tried and tested” manipulative tactics. The difficulty that big money will face is something they’ve never had to deal with before: limited supply, halvings, and tremendous global demand. Whales and others will compete for pennies and fractions of coins with a cell phone owned by a youngster at a bus stop in another nation; and they’ll be competing with you and millions (or billions) of other people.

Bitcoin’s global demand will continue to grow. The cat’s out of the bag when it comes to fiat currency. I questioned a server at a restaurant a few weeks ago how they divided their tips at the end of the night, wondering if it was fair; they said emphatically, “It’s terrific.” From the front desk to the back of the house, everyone gets a piece. Instead of dividing it up and collecting real money or coins, we count the total tips and the owner sends bitcoin into each of our digital wallets each pay month.” This astounded me. “I care about my team and with inflation, I can’t afford to pay them more and more each month,” he said after speaking with the manager (I’m old, we do things like that). “However, I can be creative and convert a depreciating currency into something that they’ll want in 20 years; this helps me retain talent and rewards them with an insurance policy for the future.”

The entire issue was mind-boggling, but I’d like to focus on the “insurance policy” argument. Millions of individuals spend money on insurance every year in the expectation of never having to use it. By taking the time to convert fiat U.S. money to bitcoin, a potential future worldwide store of value, this restaurateur was seeking to establish a future financial safety net for his staff.

These restaurant personnel, greeters, cooks, staff, and dishwashers are slicing away at the future fixed supply of Bitcoin, which is set at 21 million. Big banks, whales, and global elites should be terrified. Regular people may accumulate more, not less, each time the price falls. Bitcoin purchases on a daily, weekly, or monthly basis gradually deplete the available supply. Yes, whales have the power to move significant amounts of bitcoin at any given time, and a major sale can drop the price briefly. However, there are other whales waiting to suck up supply, as well as an ever-increasing worldwide army of minnows guarding fractions at all times of the day.

When bitcoin was hitting $70,000 in 2021, joy seemed to sweep the internet, and when a crash drove the price down to around $30,000 a few months later, the bubble had burst, right? It wasn’t long ago that bitcoin was worth $300, but the market “crashed” and each BTC was now worth less than $100. If the position was held, were any of these prices “poor” purchases? No, bitcoin accumulators added to their positions at each price level. At over $70,000 per BTC, one could buy less of the asset, whereas at $30,000, they could buy more for the same amount of fiat money. This is how you should consider your situation. Price drops are sales of the world’s most valuable and well-known asset. Remember that throughout Bitcoin’s history, only three of the 64 anticipated halving occasions have occurred: Yes, you are still on time.

What will you think if the price of bitcoin falls below $30,000 tomorrow? What about a budget of $20,000 or $10,000? Is it a good time to panic, or is the bus pulling up so you can board? Yes, your dollar-denominated perceived worth is down on paper if you already have a position, but your BTC holdings have not changed. That’s the game you’re playing right now: 1BTC is the same as 1BTC.

Big money will use fear, uncertainty, and doubt (FUD) to persuade you to relinquish control of your long-term insurance coverage. Don’t be fooled; your Bitcoin holdings are your ticket to the future. Continue to add to your position, hold it, and remind yourself that as prices fall, your position will expand with each buy, no matter how modest. It makes no difference whether you’re a whale, a minnow, or somewhere in between. Holding and building a position limits future potential supply, which is beneficial to you and your insurance policy. Whales will continue to try to play musical chairs, but they will be playing with a group of people who may, just may, refuse to rise up and give up their place one day. It’s possible that if a whale loses up a major position (seat) in the future, they’ll never get it back.