The Founder of Cardano, Charles Hoskinson, has been confirmed as a keynote speaker at the Blockchain Africa Conference 2022 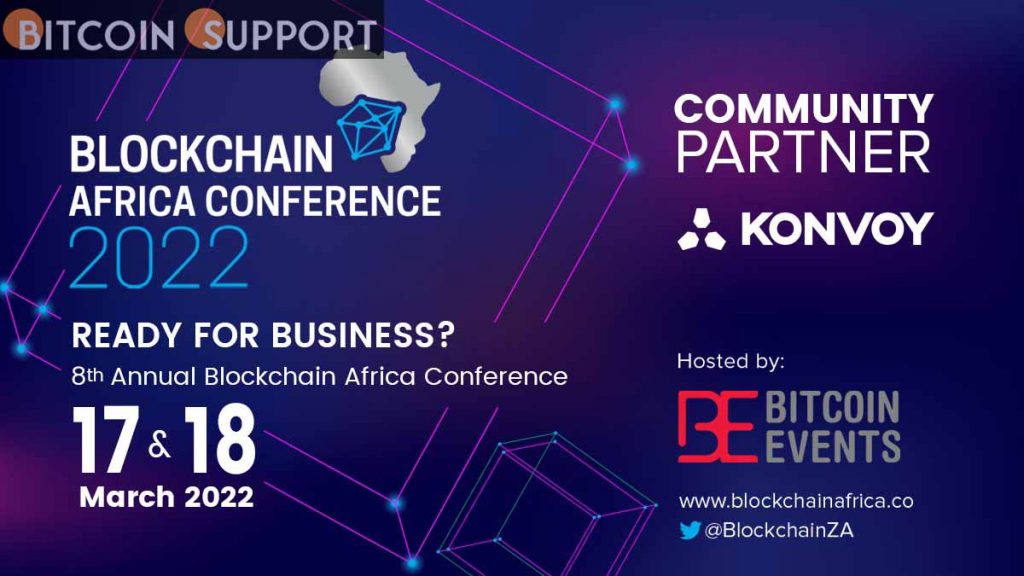 Charles Hoskinson is a must-see at any blockchain industry gathering. As a result, Bitcoin Events is ecstatic to have the Founder of Cardano, as well as the Founder and CEO of Input Output Hong Kong (IOHK), as a Keynote Speaker at the Blockchain Africa Conference. Charles will speak on IOHK’s projects on the African continent that use the Cardano blockchain. He’s previously discussed the vast prospects for blockchain technology adoption in Africa, as well as IOHK’s collaborations with numerous African countries to onboard students and citizens onto the Cardano platform for a real-world blockchain deployment.

The University of Edinburgh, Tokyo Institute of Technology, and the University of Wyoming are among the blockchain research laboratories that Charles has supported and funded around the world. He is deeply committed to the sector and has played a key role in shifting public opinions of cryptocurrencies and blockchain technology.

On the 17th and 18th of March 2022, Bitcoin Events’ main event, Blockchain Africa Conference 2022, will take place virtually in less than three days. The conference will be the eighth in the highly praised series, with over 2,000 people expected from more than 50 countries, including investors, start-ups, enthusiasts, developers, companies, legislators, and regulators.

Discussions at the conference will include:

The Blockchain Africa Conference 2022 promises to be a jam-packed two days of cutting-edge debate and networking. The conference will provide attendees with the opportunity to meet and network with some of the most significant personalities and organisations in the African and global blockchain ecosystems.

Africa is a continent with a young population, widespread mobile phone use, and well-developed infrastructure. These are some of the factors that are speeding up the adoption of blockchain and digital currency on the continent.

The Blockchain Africa Conference is a great way to meet people in the African blockchain ecosystem and learn more about it.

Bitcoin Events is the first event production firm in Africa to host world-class blockchain and cryptocurrency conferences. The firm has held seven highly successful Blockchain Africa Conferences in Cape Town and Johannesburg, as well as an online edition for 2021. Additional annual events, such as the Crypto Fest and DeFi Conferences, have been added to the Bitcoin Events calendar.