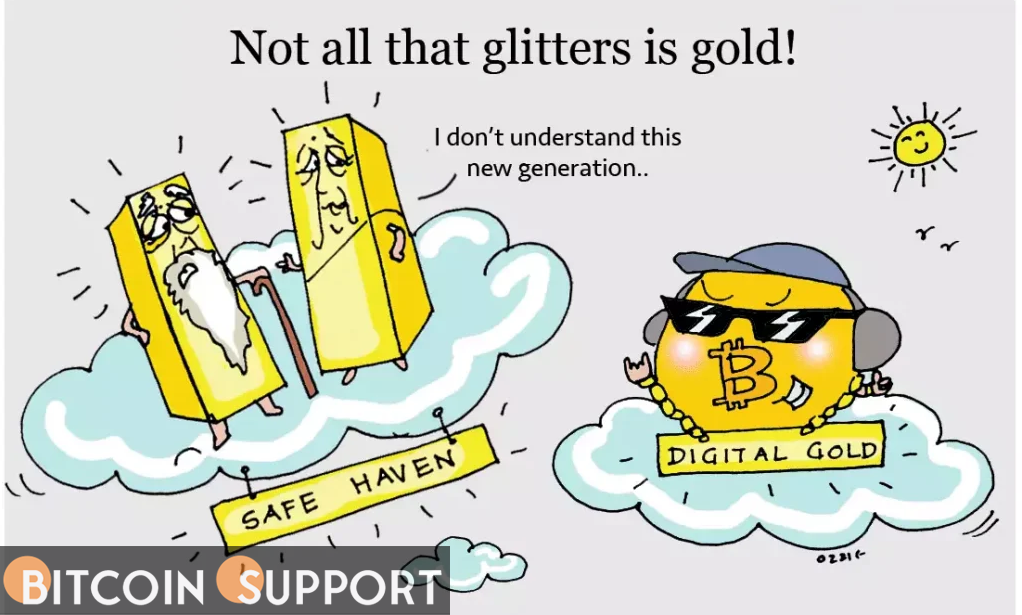 Bitcoin is the answer to what was essentially a fraudulent assertion of price stability, as there is none in a fiat monetary system.

The masks of central bankers were removed in the twenty-first year of the twenty-first century, revealing the harsh truth: there is no master plan, no expert guidance behind fiat monetary policy. The sole goal is to keep kicking the can down the road for a few more years.

As more people hunt for a lifeboat for their purchasing power, the monetary policy of continual inflation functions as an unintentional promotion for Bitcoin.

INFLATION: IT’S NOT AS TRANSITORY AS IT USED TO BE

Fearful of a “deflationary spiral,” central bankers around the world have been attempting to provoke inflation for more than a decade, ever since the Great Recession of 2008. They’ve finally made it. And make no mistake: the current levels of inflation are a direct outcome of money printing. Inflation is a policy, not an accident, as Ludwig von Mises pointed out in a 1959 speech that was published in 1979:

When inflation is allowed to run amok, it can soon spiral out of control. Even central bankers are perplexed by the rate at which inflation has risen. The consensus of “professional forecasters” polled by the Federal Reserve’s Philadelphia branch in Q1 2021 expected a 2.2 percent inflation rate by the end of 2021. What is the truth? For the fourth quarter of the year, it was about 7%. The European Central Bank (ECB) was also off the mark: forecasts ranged from 0.9 to 2.3 percent, but real inflation reached 5% by the end of the year.

Following this humiliating display of incompetence, the Fed ultimately stopped using the term “transitory” when discussing inflation, while the ECB nearly increased its inflation projection for 2022. 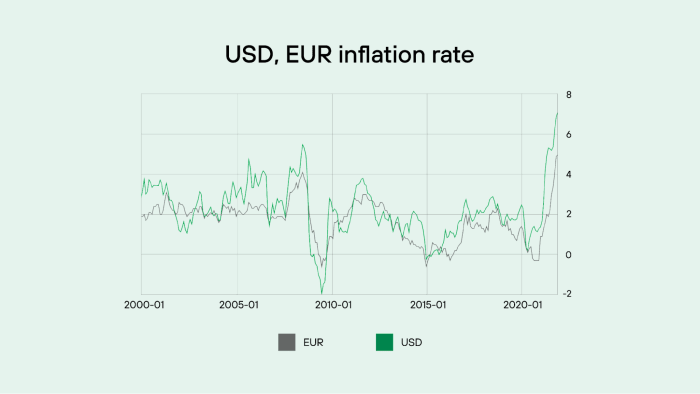 THE RULE OF LAW HAS CHANGED

For decades, central banks’ primary goal has been to “maintain price stability,” which has typically meant managing inflation at roughly 2% per year. Price stability and maximum employment were always the Fed’s “dual mandates.” Over the last two years, both the Fed and the ECB appear to have amended their mandates unilaterally.

This indicates that the present inflation rate of 7% is in compliance with the mandate, as there is no clear definition of when inflation should average to 2%.

The ECB hasn’t amended their mandate definition; instead, they’ve chosen to ignore it entirely. They simply “expect it to fall over the medium term” when it comes to inflation. However, the ECB is doing little to battle inflation, preferring to keep interest rates below zero percent, which, of course, leads to more money being poured into the economy, resulting in higher inflation.

The real question now is why they’re doing it. Why do central banks flout decades-old obligations to keep inflation low and do nothing to prevent it from rising further?

The price stability requirement is a falsehood since this emperor has always been naked. The actual captains of this ship were always debt serviceability and stock market performance. Consumer goods inflation has been kept low due to high growth deflation, with technological advancements driving costs down as productivity rises. Unfortunately, for the time being, the growth deflation effect may be exhausted, with onerous regulations, trade barriers, and widespread capital misallocation among the main culprits. When the technology-induced deflation is removed, all that is left is the Cantillon effect’s ugly visage. Savers be damned, monetary policy exists to serve the state and the financial sector.

Any large interest rate hikes intended to halt inflation would merely destroy stocks and render borrowers bankrupt, with governments being among the first to go bankrupt. The United States has a public debt-to-GDP ratio of 120 percent (the highest since WWII), while some European countries have debts of 150 percent (Italy) or even 200 percent (Greece).

Inflation is thus a deliberate policy, preferable to a deflationary disaster and mass bankruptcies by the powers that be. Rather than a hard crash and insolvency, the monetary strategy aims for a smooth default through currency debasement, which means that savers, fixed-wage earners, and retirees are the ones who lose money.

THE CONSERVATIVE LIFEBOAT IS BITCOIN

Bitcoin acts as a monetary lifeboat for those who are compelled to transact and save in currencies that are constantly debased by governments. The Bitcoin Standard’s Saifedean Ammous

We need to explore for remedies outside of official policy because it doesn’t appear that central banks will save us from inflation anytime soon (since they are the source of it). On a global level, removing the impacts of fiat monetary policy is difficult, but it is rather simple on an individual one. If you do your study and avoid the KYC traps, Bitcoin is available to everyone, 24 hours a day, 7 days a week, without requiring any permission.

Bitcoin is sometimes referred to as an investment or a speculative asset, however it functions more like a savings account. Bitcoin possesses all of the qualities of sound money and may be held safely by an individual, removing counter-party risks and dilution concerns associated with monetary policy changes.

When combined with the knowledge that the road to hyper-bitcoin adoption is rocky and bear markets are a natural occurrence, bitcoin might be seen as the prudent option in today’s society.

The Fed’s latest hawkish turn is difficult to take seriously. They may boost rates a tad, only to throw their hands in the air a few months later and declare, “See?” We tried, but the economy was on the verge of collapsing!”

Instead, we may expect more of the same. You can’t taper a ponzi, as Greg Foss wonderfully put it.

For the most part, Bitcoin remains the sole feasible lifeboat. But, in 2022, can Bitcoin accommodate everyone who requires it? Is it possible for billions of people to possess bitcoin without relying on trusted third parties? This would have been impossible in the pre-Lightning period. Because Bitcoin’s basic layer can execute roughly 300,000 transactions per day, creating a single UTXO for each of the first billion people would take nearly ten years. The Lightning Network and Taproot (which allows for things like Eltoo, a much-improved Lightning Network protocol) put the vision of a billion sovereign Bitcoiners a lot closer to reality.

2022 is unlikely to be a watershed year. Instead, the fiat monetary system will continue to deteriorate, while Bitcoin will continue to improve. And the world will come to loathe the former and admire the latter over time.