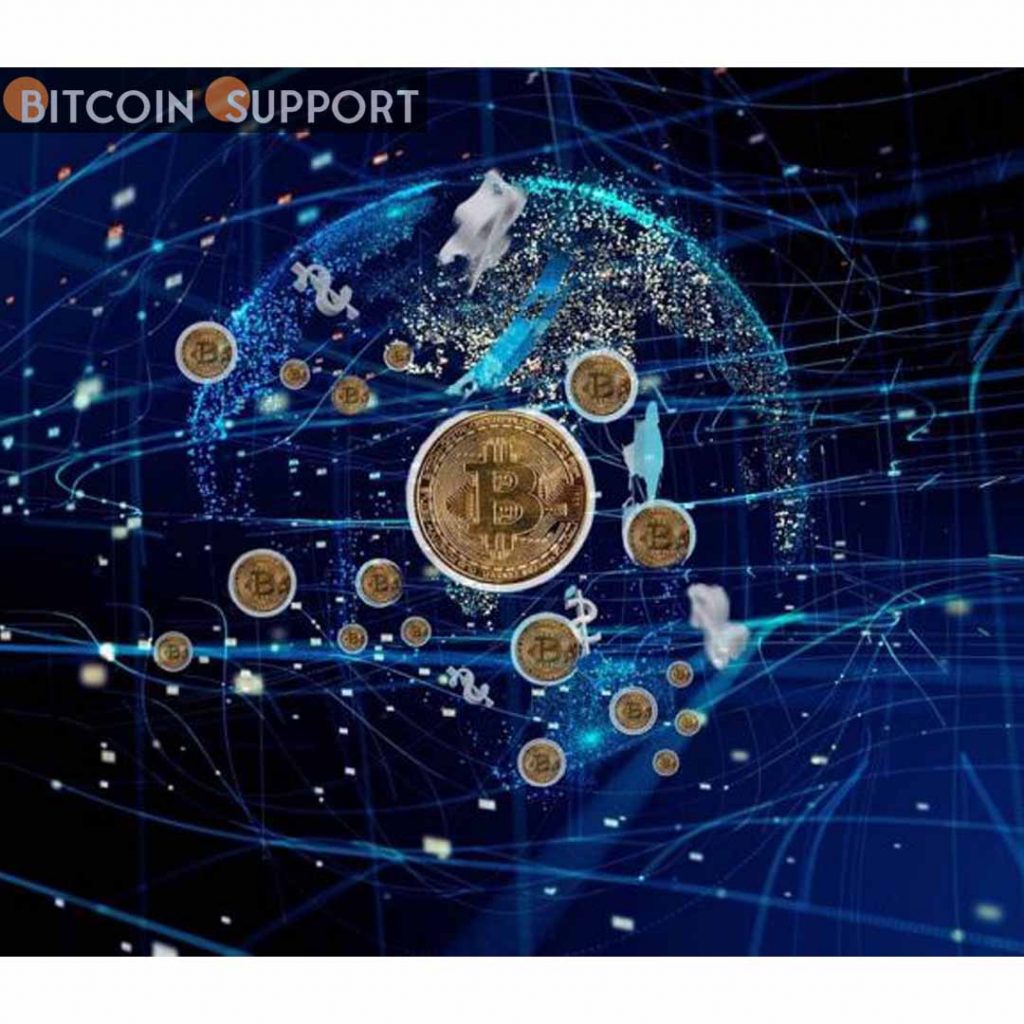 Insurance for cryptocurrencies is predicted to be a large business: Is it going to be decentralised or centralised? As more advanced participants dip their toes into the young ecosystem, demand for crypto insurance solutions has grown in recent years.

According to Investopedia, cryptocurrency insurance is seen as a “big opportunity,” with a spokesman for Allianz, one of the world’s largest insurers, saying that the company has looked into product and coverage options as cryptocurrency becomes “more relevant, important, and prevalent on the real economy.”

Even on prominent cryptocurrency exchanges, the cryptocurrency ecosystem is still perceived as hazardous and volatile, with funds not totally secure. While some platforms, such as Coinbase, have disclosed that they have hot wallet coverage through specific insurers, the majority of them do not make it clear whether or not funds put there are insured.

Insurers face unique hurdles in this industry. For one thing, premiums are frequently determined using historical data, which is scarce in the cryptocurrency business at best and completely missing in newer areas such as nonfungible tokens (NFTs).

Despite this, there is a demand for insurance in the crypto exchange market. Decentralized solutions based on decentralised autonomous organisations (DAOs), such as Nexus Mutual, have been formed, and Crypto.com has increased its insurance policy to cover $750 million by 2021.

Tony Lees, chief product officer of digital payment platform Wirex, told that one of the major roadblocks to “real mass adoption” in the cryptocurrency field has been the perception that it is “untrustworthy and unsecure.”

“With custodial platforms like Fireblocks, organisations like Wirex can demonstrate that rigorous procedures and controls are in place to provide the user piece of mind.”

Michael Vogel, the CEO of Coinstream and the founder of Canadian crypto exchange Netcoins, echoed Lees’ sentiments, telling that crypto represents a “very different risk paradigm” than what investors are used to, because no one ever worries about “their Tesla shares going missing from an online brokerage account.”

Many users, according to Vogel, are uneasy about taking responsibility for the security of their currencies. As a result, the market is developing “custody-type solutions,” in which a reputable organisation operates as a crypto bank.

He believes that insurers might establish clear rules for custodians to follow in order to qualify for insurance in this country. The move could give investors in the space some comfort. Most people are aware of the Financial Services Compensation Scheme, which covers up to $104,000 in the United Kingdom or 85,000 Great British pounds in the United States, and the Federal Deposit Insurance Corporation, which covers up to $100,000 in the United States, according to Lees.

These strategies, according to Lees, make it easier for investors to leave their money in banks. Users’ assets in a centralised platform would be covered by crypto insurance, which would provide “that familiar, traditional coverage against hacks or cyber-attacks.”

Decentralized options are increasingly improving, according to Lyu, as the sector matures. “The development and improvement of the crypto environment at large” will determine if these platforms can be truly decentralised, he said. Both centralised and decentralised entities are currently facing issues. 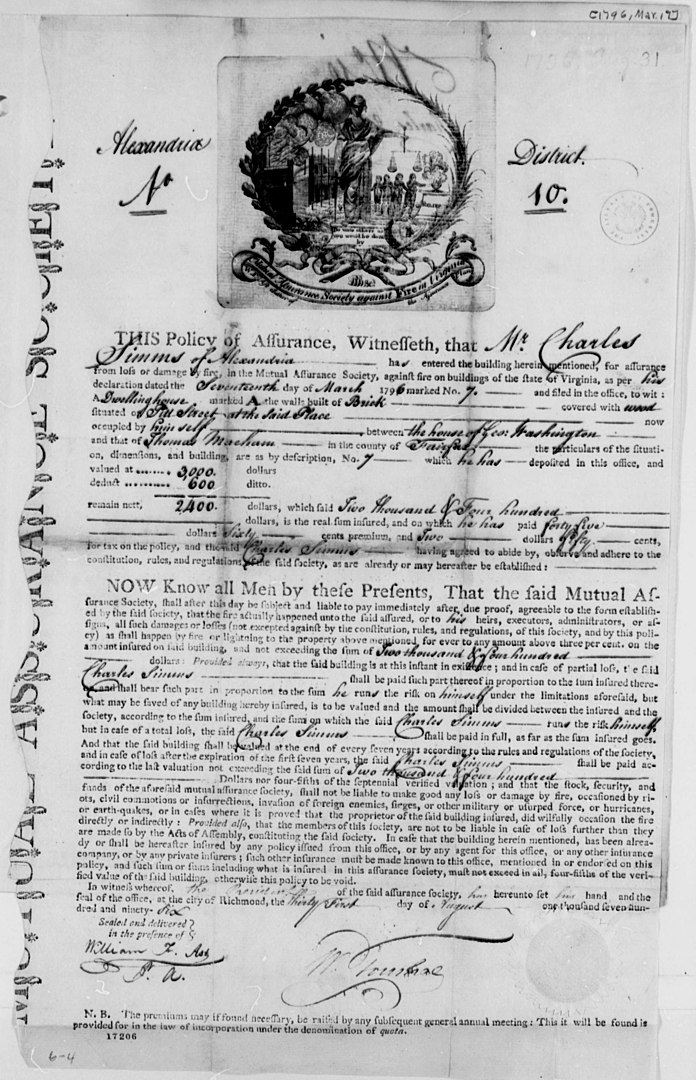 Overcoming these obstacles could encourage more investors to engage in cryptocurrencies and acquire exposure to the emerging asset class.

Fraud is a huge concern for insurers in the bitcoin industry, according to Vogel. Vogel pointed out that the “concrete benefit to insurance is that your house may be rebuilt if it burns down,” as an example. The overall result, he claims, is that individuals will still have a home at the end of the day. Obfuscation on the blockchain, on the other hand, could lead to specific sorts of fraud. Vogel continued:

“A crypto-insurance con artist might double dip, hide, or obscure their coins while also receiving an insurance benefit.”

According to Lees, the bitcoin industry’s largest issue thus far has been “offering established services to a new unknown area, especially in terms of technology.” Lees agreed with Vogel, stating that the difficulty of tracing funds on the blockchain had “caused apprehension among insurance firms.” Strong Know Your Customer (KYC) checks have become “essential to crypto providers” in recent years, he noted, whose collaboration with blockchain forensics businesses like Chainalysis and Elliptic has made “transactions between crypto addresses more easier to track.”

Lees now anticipates the industry’s overall risks to be cut even more, making it “far easier for insurers to comprehend and underwrite.” In the end, he said, insurers will “play a critical role in realising a completely digital economy in the future, by providing both consumers and businesses with the confidence to operate in this arena.”

This kind of assurance would come from centralised insurance players at first, because decentralised alternatives aren’t yet widely used and may need to improve further before becoming common.

Lior Lamesh, CEO and co-founder of blockchain security startup GK8, told that the crypto ecosystem requires insurance for decentralised protocols and end-users. Wile Lamesh stated that “automated, decentralised insurance tools could indeed come in handy,” and that they might need insurance themselves.

Decentralized insurance tools may have “vulnerabilities open for hackers to exploit” because they are part of the protocol layer and rely on smart contracts, which can fail due to human error. A significant weakness in the protocol, according to Lamesh, could be that it covers its own failure after it causes losses for users, “making for a lucrative selling point for new users.” He continued, ”

“We could theoretically wind up in a circle of smart contracts insuring other smart contracts, but I’d anticipate centralised insurers to become involved at some time.”

As a result, the crypto CEO anticipates that more centralised insurers will enter the market as they improve their understanding of blockchain technology and maintain their market leadership, “while decentralised insurance solutions will likely take some time to evolve and figure out the best approaches for the industry.”

He went on to say that hacks in the decentralised finance (DeFi) area happen “every week, if not every day,” making it difficult for decentralised insurance protocols to operate since they can become profitable targets for hackers. Decentralized insurance “will take off” once the business matures, he predicted.

Over time, the bitcoin insurance sector has grown. The present challenge, according to Lamesh, is for professionals to “get their heads around the technology involved,” as blockchain “may be perplexing enough for someone without degrees in computer science.”

DeFi protocols, which need “a lot of professional knowledge,” are covered by crypto insurance. However, Lamesh believes the crypto insurance market has a bright future ahead of it, saying:

“With blockchain entering mainstream insurance and decentralised protocols accessing AI-driven data oracles to offer us bespoke insurance plans and bundles for anything we need, the future might be breathtaking.”

Traditional firms have entered the crypto insurance field, offering coverage on “particular digital assets dependent on how they are maintained and the compliance requirements of wallet providers,” according to Lees. Lees believes that as the broader crypto sector grows, “the crypto-insurance market will only follow suit, given the sheer volume of new crypto wallets being opened every month.” The rules that crypto businesses must fulfil, according to Lees, will have a “conventional feel,” providing insurers confidence that they can underwrite holdings.

The difficulties faced by crypto insurers could be a substantial source of money for the insurance business, as centralised carriers may enter the market with packages that exclude specific sorts of frequent risks in the area, such as hacks or smart contract failures.

While most consumers are concerned about these risks, the peace of mind provided by a centralised platform that provides them with reliable insurance may be enough to persuade them to enter the crypto market.