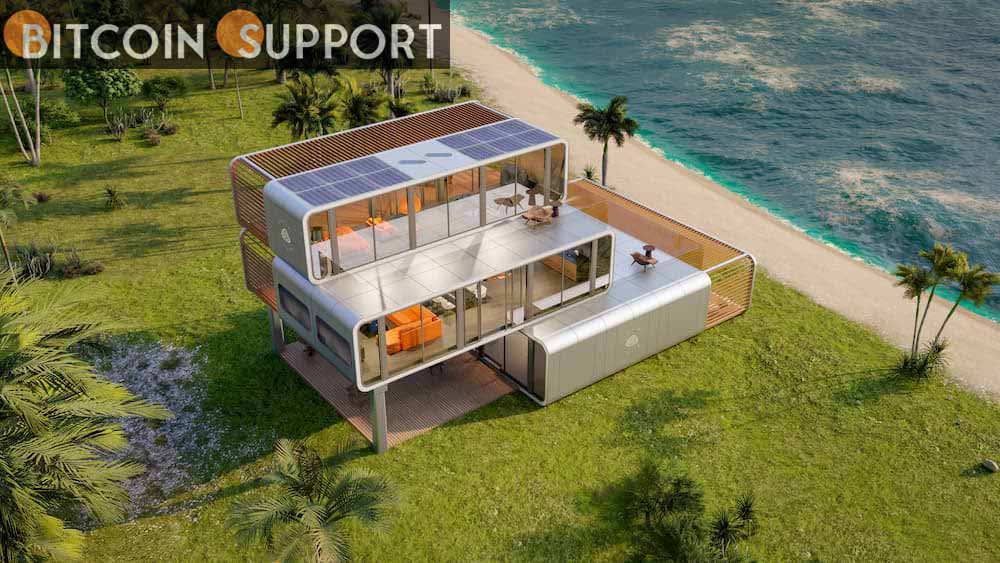 Modular homes are being built, NFT citizenship applications are being submitted, and a decentralised future is promised on a crypto island in the South Pacific where cash is prohibited.

El Salvador, take a backseat; there’s a new Bitcoin hotspot on the horizon. Satoshi Island is a 32-million-square-foot private island sanctuary in the distant South Pacific that serves as a “home for the crypto community.”

Satoshi Island is a mix of honeymoon hideaway, Bond-villain hideaway, and naturalist paradise, with one perplexing exception: it’s all crypto. The Satoshi Island team of Denys Troyak, James Law, Taras Filatov, and Benjamin Nero told that it is:

“A real crypto-economy in which all transactions are conducted in crypto and all ownership on the island is represented by NFTs.”

The company said that “the island plans to host events all year round, house and headquarter crypto projects, as well as becoming a gathering point for crypto aficionados globally,” citing Satoshi Nakamoto, the founder of Bitcoin (BTC). 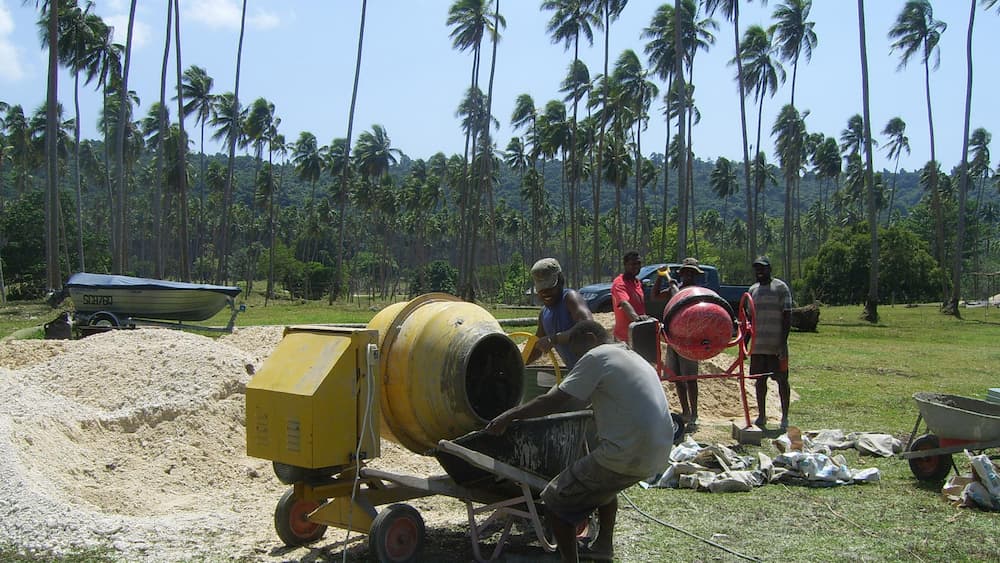 Even for the most ambitious members of the crypto community, the development of a digital utopia may appear impenetrable. Despite this, the creators have received “50,000 applications for our free Citizenship NFT, which serves as a whitelist for our Land NFT sale, as well as allowing the bearer to live on the island with many other privileges.”

Every residence will be an NFT, or “Satoshi Island Land NFT,” that may be traded. Traditionalists can “convert their digital rights into real paperwork on the official land registry of Vanuatu,” according to NFT holders.

Unlike well-known flops like Fyre Festival or CryptoLand — or any other failed fantasy project from an excessively excited team of venture capitalists – Satoshi Island has a strategy in place, with significant advances ticked off in a systematic manner. To choose a place, the team combed the globe, followed the legal process, and avoided paid marketing and influencer initiatives.

Watch our video & see how we're turning a dream into reality!

Yes, we already own the island
Yes, we can develop as advertised
Yes, the government supports our plan
Yes, our team has relevant expertise

During the 2017 bull run, the Satoshi Island concept “began as an idea to create a place for the crypto community to call home, and the physical island was chosen years later.” In actuality, “finding the proper island and putting everything together to be ready to reveal to the public took several years.”

First, the island had to be far enough away from civilization to provide seclusion, but not so far away that growth would be difficult. Second, the island should be safeguarded from natural disasters and should not be vulnerable to climate change. The struggle to find a suitable location was made more difficult by the fact that, while it was “undoubtedly exhilarating” to scour the globe for an island for sale, they “had to be pragmatic.”

Furthermore, the authority in charge of the territory must be “receptive to the concept of a crypto city.” After years of looking, the team finally found a winner in Vanuata: “The government demonstrated a desire to innovate and was immediately open to conversations.”

Indeed, the Pacific island nations are gaining a reputation as cryptocurrency-friendly. Nearby, in Tonga, Bitcoin as legal cash has been hotly discussed, while the Marshall Islands has “opened the gates” to DAOs just over the same body of sea. 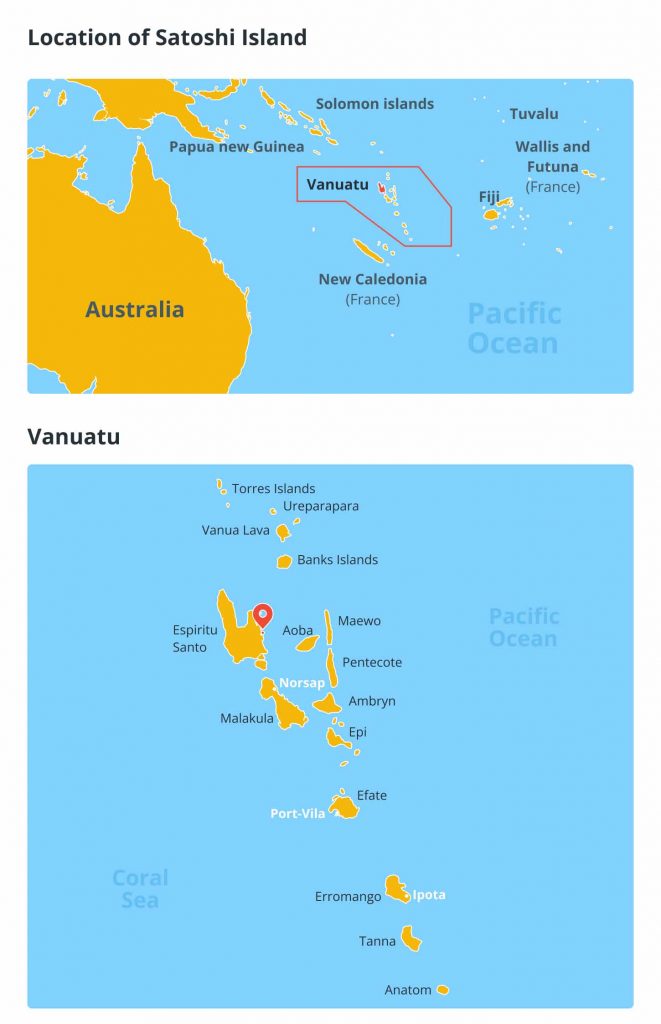 Vanuatu lacks “employment and tourism,” and the island — once known as Lataro — is overfished and over-poached in terms of animals. Prior to the land purchase, the coconut crab population had been driven “near extinction.”

The idea of developing a future-thinking space with significant employment creation appealed to the Vanuatu administration. The goal for the crabs is to repopulate declining wildlife populations.

“When we spoke with the minister of finance, he was already engaged in the idea of a digital economy and the use of blockchain technology, so he was extremely pleased about the prospect of having our company and many of the industry’s brightest minds call Vanuatu home.”

The team has since secured government approval to begin construction on the island utilising the “latest and best sustainable technology,” with solar power features being one example of what is being added to future modular home designs. The architect for the project added that “it’s a wonderful opportunity for them to build a land from the ground up.” 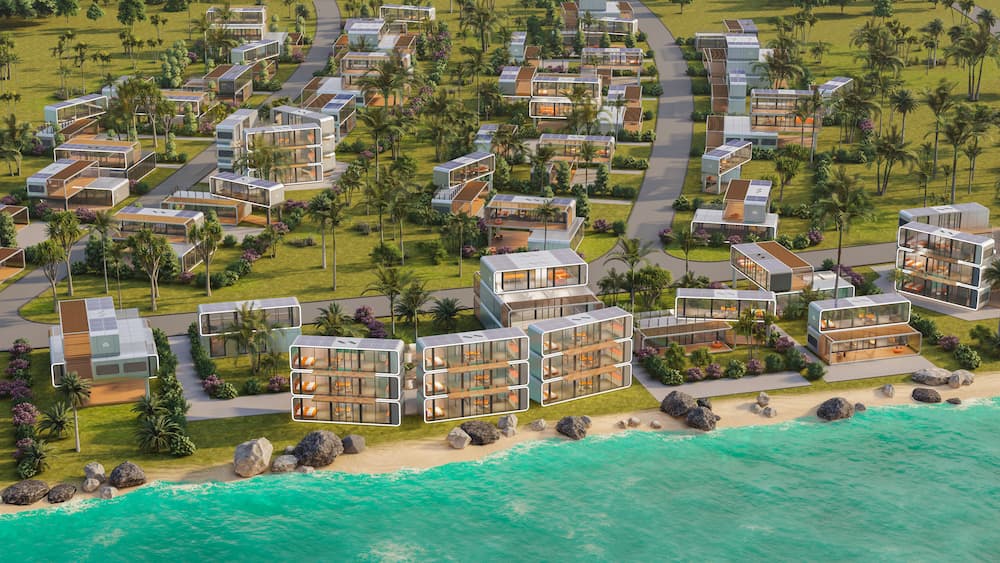 The island’s entire energy supply will come from renewable sources. Meanwhile, the team stated that “cryptocurrency mining is not really our priority.” Instead, “solar panels erected on top of the homes will run the entire town basically on a common grid,” according to the concept.

When asked if Bitcoin miners could fit an S19 into their bag and mine for a long time, the team responded there was no problem. 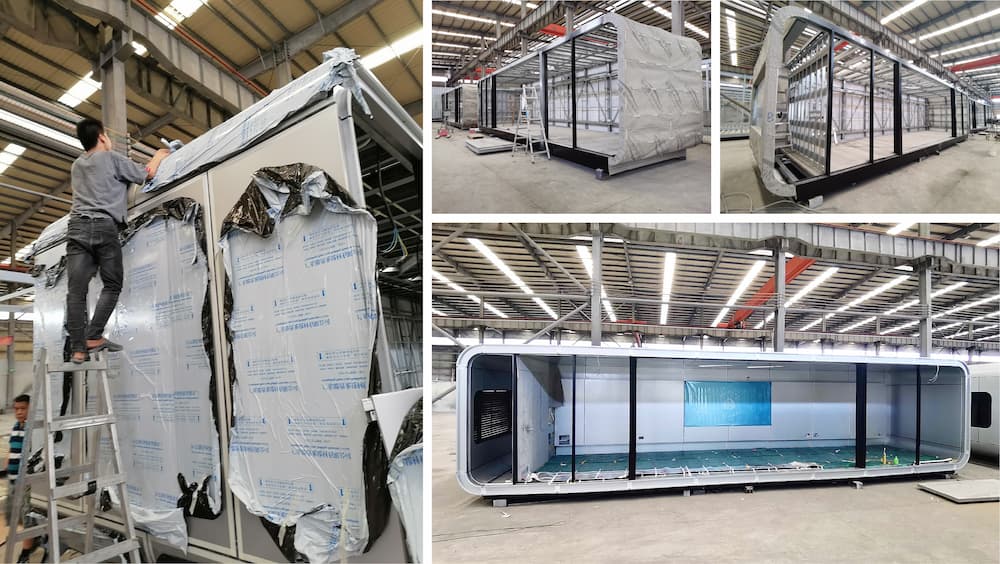 Aside from sustainability, the team emphasised the relevance of the island’s overall vibe. It will be a “home” with a “permanent population,” hence it will not be a “resort.” The goal, according to the website, is to be known as the “crypto capital of the world,” which is impossible to do without permanent residents.

The island’s population will be 21,000 investors or residents, echoing the 21 million Bitcoins that will ever be mined. Naturally, residence is conferred via a blockchain-based NFT. 50,000 people have signed up for the initiative so far, believing in the vision of a “community where they can live, work, and visit all year.”

Nonetheless, NFT residency does not confer citizenship on Vanuatu. The Vanuatu government claims that citizenship costs $130,000 for crypto aficionados who wish to wave goodbye to fiat and hello to a year-round cryptocurrency life in the sun. 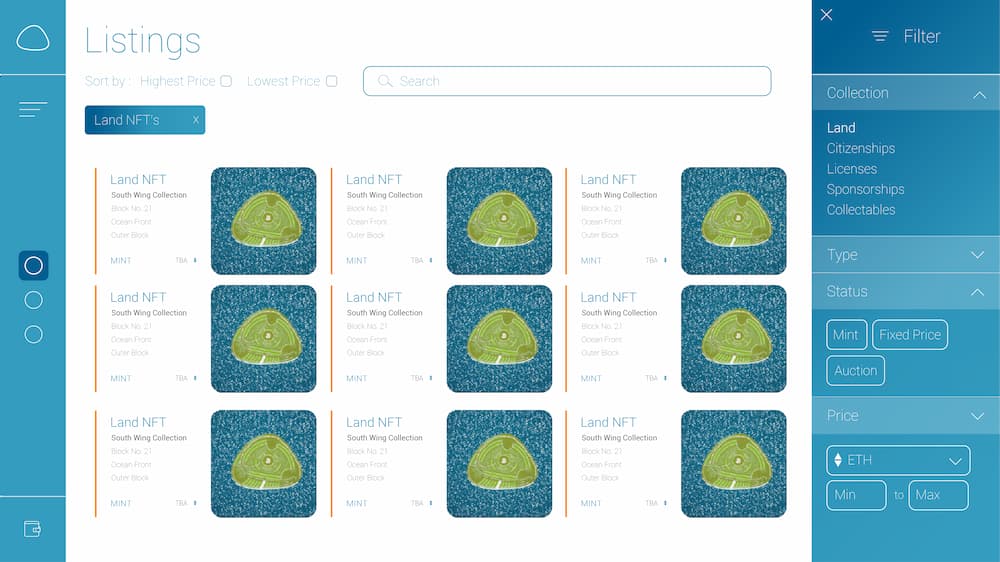 The NFT marketplace will open soon, and work on the physical island is already begun. For short-term stays, the island will be “privately opened” in the fourth quarter of this year. NFT homeowners will be able to “start dwelling on the island” in early 2023.