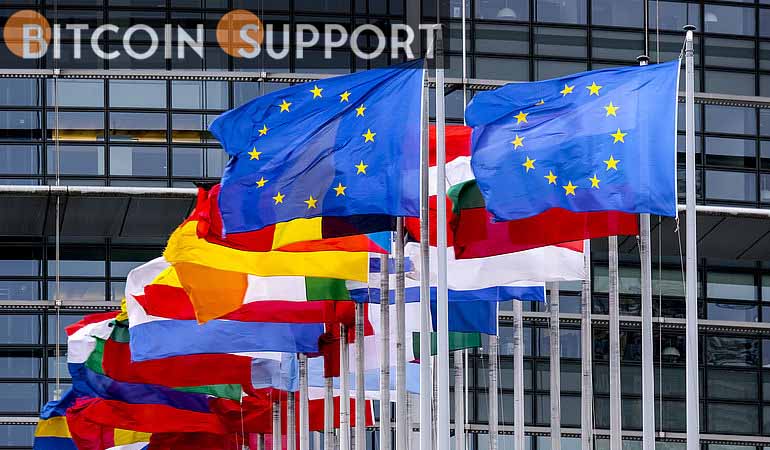 Crypto proponents were able to persuade legislators to oppose a clause that would have effectively banned bitcoin in the European Union. Can they pull it off again?

Robert Kopitsch has been working around the clock to connect with European Union (EU) politicians in preparation for a parliamentary committee vote on cryptocurrency transactions.

Kopitsch, the secretary general of the Brussels-based lobby group Blockchain for Europe, and other crypto proponents have been rallying supporters from around the world in an attempt to persuade members of the European Parliament’s Committee on Economic and Monetary Affairs. The committee will vote on Thursday on measures that may effectively eliminate all anonymous crypto transfers in the EU, require verification of transfers to private or “unhosted” wallets, and restrict crypto transactions between the EU and tax havens.

The regulations, enacted in response to fears that cryptocurrency is being used for illegal purposes like as money laundering and terrorist financing, appear to have the support of a majority of parliamentarians. Critics claim that the measures violate people’s privacy.

“We’re organizing everyone to write to their [representatives], bombard them with tweets and social media, and make them feel that what they’re doing is completely wrong.” And it’s certainly not easy, isn’t it? “Because it’s a more political matter here,” Kopitsch explained.

Coinbase CEO Brian Armstrong, as well as other EU parliamentarians such as Vice President of the European Parliament Eva Kaili, have expressed support for measures that do not over-regulate the space.

Those in support of strict AML requirements for cryptocurrency transactions, such as Paul Tang, an EU politician and chair of the tax committee, criticized the initiative.

“The crypto sector claims to be regarded seriously, yet they refuse to take their role in combating illegal money seriously.” “Their aggressive campaigning only serves to highlight the critical need for tough regulation,” he tweeted on Wednesday.

Kopitsch agreed that regulation is necessary, but he believes the proposed regulations are overly burdensome. “They believe that all cryptocurrency transactions are carried out by crooks.” It’s all about laundering money. “It’s all child pornography and terrorist financing,” claimed Kopitsch.

Patrick Hansen, head of strategy at Unstoppable Finance and an outspoken critic of the provision requiring AML checks on transfers to unhosted wallets, has also been encouraging members of the crypto community to speak with parliamentarians from Germany.

Earlier last month, the industry’s lobbying paid off. Hansen led a campaign to persuade an economic committee to vote against a clause in a draught of the Markets in Crypto Assets (MiCA) regulations, the EU’s major legislation package controlling crypto assets, that would effectively criminalize popular cryptocurrencies such as bitcoin and ether.

While that provision did not pass muster, Hansen and others were confident that even if it was not rejected at the committee level, it would not be included in the final form of the Act following additional negotiations with EU government branches.

However, Hansen is concerned that if it passes, the provision requiring AML checks for transfers to unhosted wallets would make it into the final document.

“There may be a window of opportunity to amend minor details,” Hansen said. “However, the chances are far higher that if it goes through the parliament committee on Thursday and then isn’t disputed, that fundamentally this will just be implemented.”

Meanwhile, Hansen believes another amendment calling for the elimination of the 1,000 euro ($1,100 US) minimum barrier for reporting crypto transactions would pass the committee vote.

“I believe that if there is bipartisan support for lowering the threshold, who should we persuade?” … In general, everyone is in favor of it. So let’s concentrate on the more contentious topics,” Hansen added, alluding to the provision addressing unhosted wallets.