The biggest movers were IOTX, which rose 13%, and GRT, which gained the most 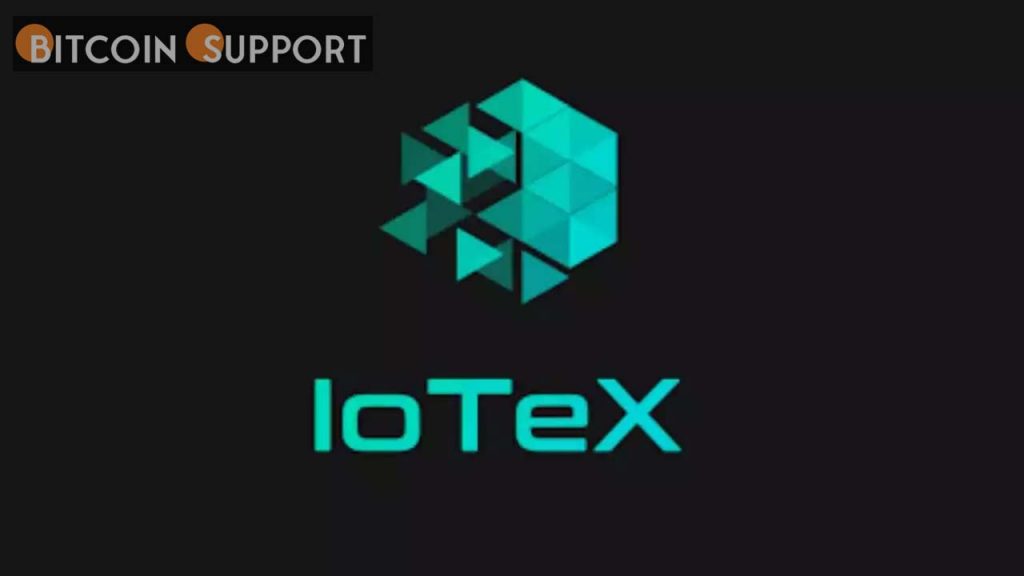 Following a sluggish start to the day, cryptocurrency markets rallied in the afternoon, as bulls recovered confidence ahead of the FOMC meeting on Wednesday. GRT was one of the greatest gainers, with IOTX gaining double digits as well.

Markets were tumultuous to begin the day, but as the session progressed, they gained, with GRT/USD soaring by more than 30%.

GRT/USD was trading 20.6 percent higher as of this writing, having hitting an intraday high of $0.432 as prices broke through resistance of $0.374. 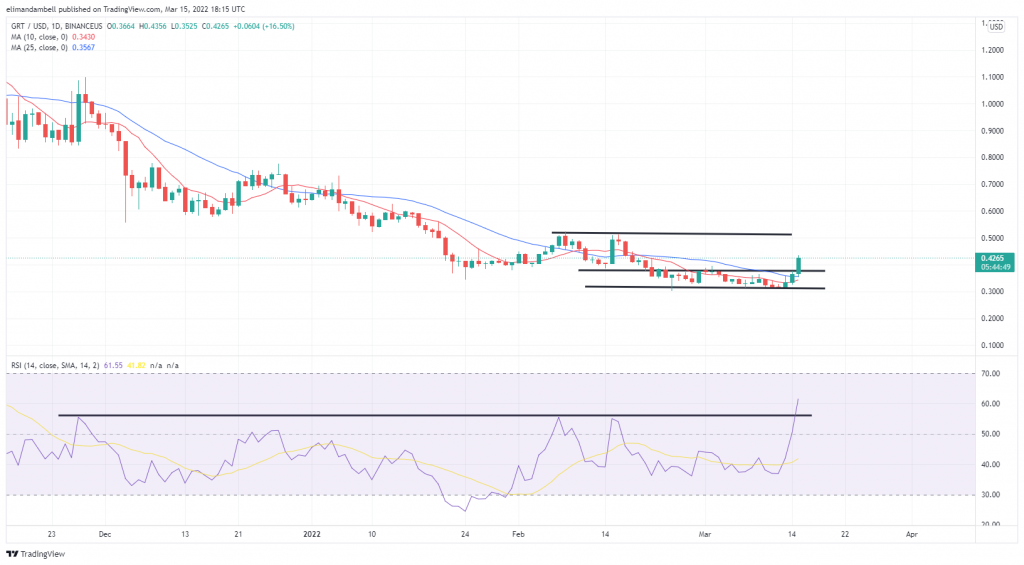 Looking at the chart, the RSI is currently at 62, although while being overbought, it is still below its October peak of 73.

If the current rising trend continues, bulls are expected to target the $0.500 mark next.

Oracle and data providers are becoming an increasingly significant sector of development as the burgeoning digital economy transitions from Web2 to Web3, ensuring the reliable sharing and movement of information.

The Graph (GRT) is one protocol that is leading the way in integrating blockchain technology with data management and retrieval via open APIs called subgraphs.

The most significant development around GRT is the continuous migration of Ethereum subgraphs to the Graph network’s decentralised mainnet.

Here’s an update shedding more context on the state of migration, query fees, & resources to help you migrate your subgraph today! https://t.co/Z26rrISXas

Subgraphs are open application programming interfaces, often known as APIs, that are aimed to make data more accessible and can be combined to construct a global graph of all publicly available data throughout the world.

Subgraph migrations are up 30% quarter over quarter, according to The Graph. At the moment, 282 subgraphs have finished the migration process, with more being added every week.

Decentralised finance apps, music, art, analytics, wallets, nonfungible tokens, video streaming services, and social networking platforms are among the top sectors in the crypto ecosystem that have made the switch.

The Graph Foundation’s release of The Graph Grants was a second development that aided GRT and mainnet migrations.

For a limited time The Graph Foundation is awarding grants to help migrate Ethereum subgraphs to the decentralized network.

Improve the reliability of your dapp with The Graph Network! Grants will be reduced by the end of March so apply now ⬇️ https://t.co/01xommj13D

The grant mechanism allows interested companies to receive financing while transitioning to the decentralised mainnet. Gas fees, technological know-how, migration charges, and marketing are all covered by the grants. Migrating protocols are also eligible for assistance from community-based solution engineers.

Protocols that want to migrate should apply for a grant before the end of March, as funding will be steadily reduced and finally phased out.

The announcement that The Graph will hold this year’s “Graph Day” commencing June 2 in San Francisco was a third element that drew more attention to the initiative.

The event will feature a day of speeches from major protocol and dApp developers in the crypto sector who are working to grow the web3 community, followed by a three-day hackathon where hackers and developers will try to identify flaws in the project. This is The Graph’s first official hackathon, which will take place from June 3 to 5.

Iotex is a trademark of Iotex Inc. (IOTX)

IOTX also gained double digits on Tuesday, rallying away from recent support and setting a new high in two weeks.

Prices climbed as high as 13% as a result of this, and the support level of $0.06650 was held after recent breakout attempts. 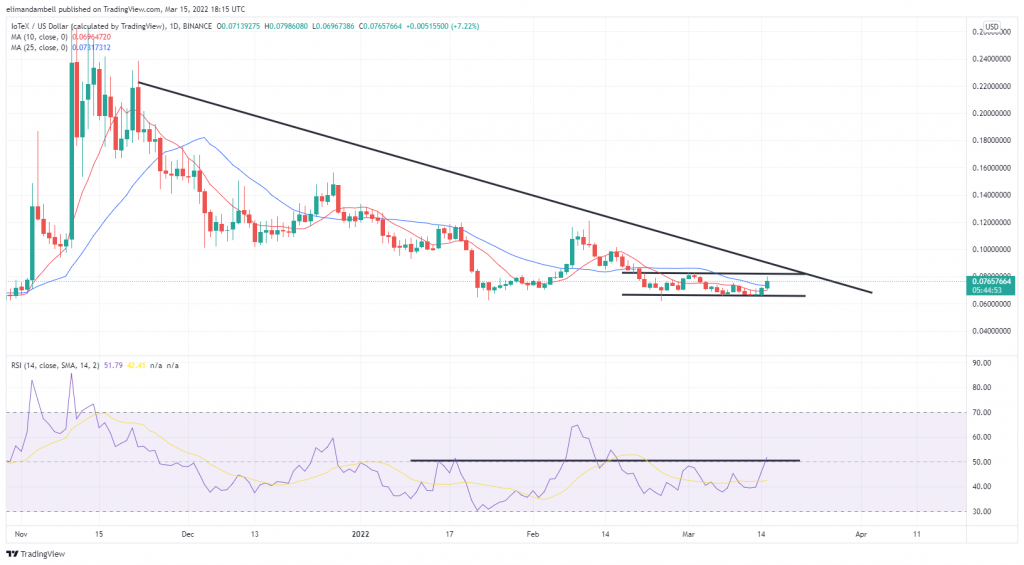 Although GRT has not yet reached its resistance level of $.08175, the 14-day has surged to its highest level since February 15, luring bulls back in.

If this barrier is breached, we may see a bull run similar to the one that occurred on February 8, when prices reached a high of $0.1290.