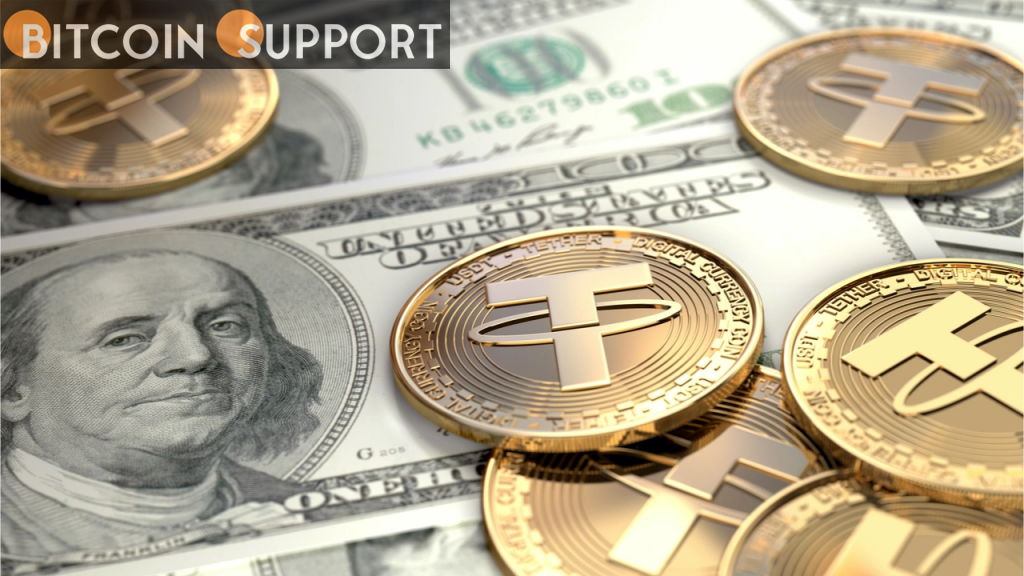 Borrowing Tether and using derivatives are two ways to short Tether. Despite the issues, the price of Tether has stayed stable.

Traditional hedge funds’ renewed interest in shorting Tether has emphasised the difficulty of betting against the stablecoin that underpins much of the cryptocurrency market’s transactions.

Tether’s market value of $80 billion is at risk, as are the numerous trades that Tether facilitates in the crypto market. Tether is the subject of a large short bet by Fir Tree Capital Management, which believes it will pay off within a year.

There are two basic avenues for institutional investors to enter the trade. To begin, a fund can borrow Tether from a market maker using other assets as collateral, such as Bitcoin and dollars. It can then sell Tether, intending to repurchase it at a lower price when Tether falls below its one-to-one peg to the dollar, and return it to the loan while pocketing the difference. According to crypto businesses, funds could pay up to 12% to borrow Tether, depending on the quality of collateral.

Hedge funds can also use derivatives as an alternative. They can purchase a put option, for example, which allows them the right but not the duty to sell Tether at a later point. The put option will be “in the money” if Tether breaks the peg and falls, making the bet lucrative.

Tether has been the subject of discussion for years, with claims that the coin is backed one-to-one with dollars and dollar equivalents. As a result, shorting Tether appears to many traditional finance organisations, such as Fir Tree, to be an obvious trade. Fir Tree did not respond to a request for comment right away.

Tether has weathered multiple unfavourable episodes, including a roughly $43 million fine from the Commodity Futures Trading Commission and a settlement with New York, as the most traded cryptocurrency in the world, including Bitcoin.

Market players on both sides of the trade have conflicting viewpoints, which are typically affected by their backgrounds and geographical areas. While some traditional finance investors in the United States are concerned about its risk profile because it is backed by reserves, crypto-natives, particularly in Asia, see it as a settlement payment and are comfortable holding it on their balance sheets, according to Joshua Lim, head of derivatives trading at Genesis Global Trading Inc.

BKCoin Capital, a crypto hedge fund, attempted to short Tether in the past but was unable to find a suitable counterparty, according to Kevin Kang, the firm’s founding principle. Fir Tree’s recent stake demonstrates that the crypto market has changed from a few years ago, with increased institutional engagement.

“What’s changed is the type of players entering the market,” Kang explained. “There weren’t many multibillion-dollar managers in the market bringing on $100 million trades when I first started, but today it’s the norm.”

Shorting Tether “gives traditional corporations an asymmetry trade [where] their downside is limited since Tether can never go much higher than $1 at any given point,” Kang added. “However, if they do manage to break the peg, the upside is limitless.”

Tether’s reserves are 84.25 percent guaranteed by “cash and cash equivalents & other short-term deposits and commercial paper,” according to the company’s website. However, commercial paper accounts for around 53% of the total. Tether previously stated that the commercial paper it had did not contain any issued by Evergrande Group, a distressed Chinese property developer.

Because of the structure of the market, crypto native funds say that making money is significantly more difficult in practise.

Due to a lack of access to traditional banking, Tether serves as an important on-ramp to the volatile crypto market for many crypto traders. It grew in prominence in China, especially after the ban on buying cryptocurrencies with cash was lifted in 2017.

While Tether’s price has been more unpredictable in 2022, data from crypto trading data provider Kaiko shows that it has typically traded at a premium rather than a discount on one dollar.

“In times of turbulence, it’s fairly usual for Tether to trade at a premium,” said Clara Medalie, research head at Kaiko. “We believe it’s because Tether is a crypto refuge, and as a result, people are moving their money out of Bitcoin and into Tether, creating a premium.”

Borrowing Tether can be costly for any funds shorting Tether, and buying Tether put options can be difficult as well.

“Tether puts are tricky to issue,” said John Kramer, director of trading at cryptocurrency exchange GSR, adding that the offer is essentially binary options. “We get a lot of requests to buy them. While we can price them, they don’t trade much because insurance is expensive to get.”