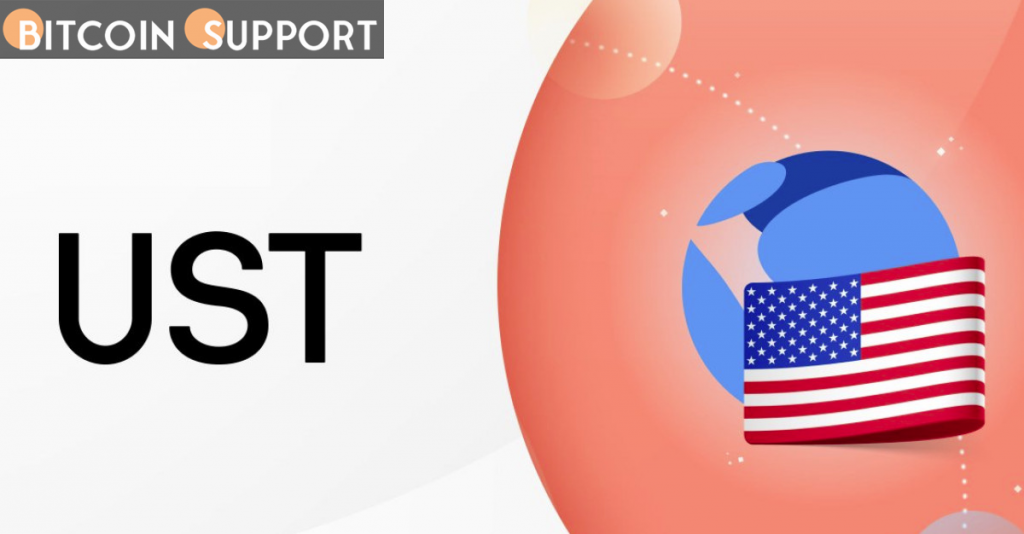 Although the UST market valuation has surpassed that of the BUSD, its trading volume remains less than a sixth of that of the Binance digital currency.

UST is a stablecoin tied to the US dollar that was released in September 2020. To mint an equivalent quantity of UST, a user must burn a reserve asset such as LUNA.

The asset is presently trailing only industry giants Tether (USDT) ($82.8 billion) and USD Coin (USDC) ($50 billion), however the distance is pretty wide at this point.

Additionally, the data indicates that UST has been on a parabolic rise since mid-November, with the market cap growing 525 percent in that time period. 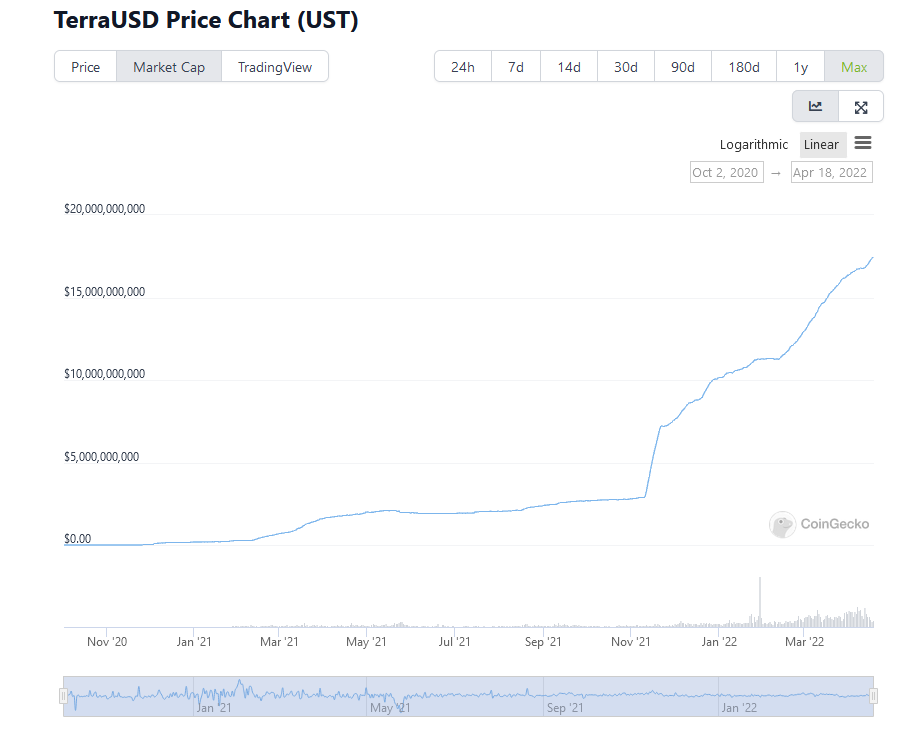 Despite outperforming BUSD in terms of market capitalization, UST trades at a far lower volume than its immediate competition, with Binance’s stablecoin witnessing $2.26 billion in trading volume over the last 24 hours compared to UST’s $431.79 million.

According to CoinGecko, the market value of Terra's stablecoin UST reached $17.5 billion on April 18, surpassing BUSD's $17.4 billion, becoming the third-largest stablecoin after USDT and USDC. But UST’s trading volume is very low, only 1/5 of BUSD.

Terra has been making headlines recently, in part because co-founder Do Kwon recently pledged to amass a stunning $10 billion in Bitcoin (BTC) to back its UST reserves.

However, similar to the broader crypto market in recent months, bullish pronouncements are doing nothing to boost the price of LUNA. The token’s price has fallen 12.4% in the last 30 days to $77.31, and it has also fallen 34.4 percent since reaching an all-time high of $119.18 on April 5.