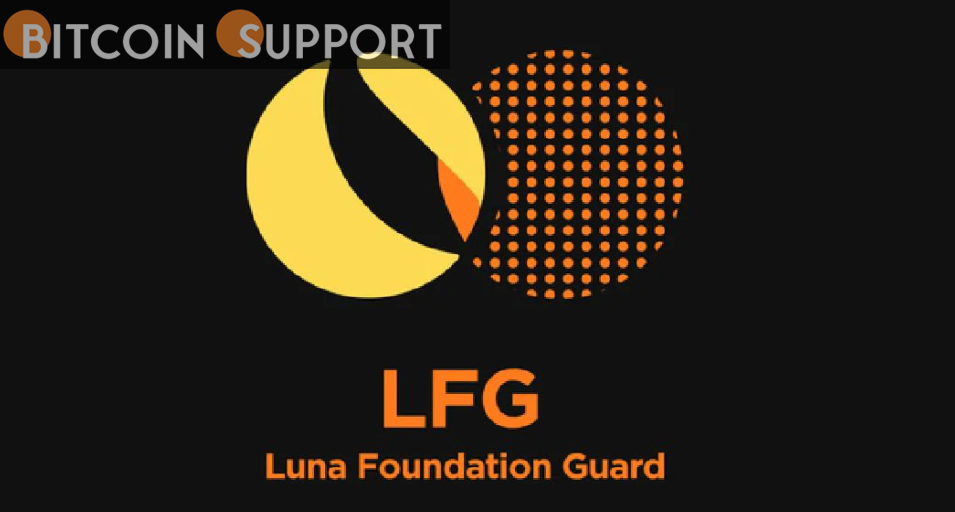 This week, much has been made about Terra’s Luna Foundation acquiring bitcoin to store in its reserves pool. According to Onchain data, the organization’s wallet has transferred at least three $125 million tether tranches. Additionally, rumours indicate that the Luna Foundation verified the recent bitcoin acquisitions.

Onchain Data Indicates Terra’s Luna Foundation Purchased Bitcoin Using Three Tranches of Tether, and the Foundation Confirms the Bitcoin Address
Bitcoin.com News reported two days ago on Terra’s founder Do Kwon revealing his excitement about creating with bitcoin. According to the study, $125 million in tether (USDT) was transferred from a wallet associated with Terra’s Luna Foundation.

The wallet is a Gnosis-secured account that currently holds $1.39 billion in ERC20-compliant stablecoins such as tether (USDT) and usd coin (USDC). Following the initial movement of $125 million in tether two days ago, two other transfers of the same amount have occurred. On March 23, $125 million in tether was transferred, followed by $124.9 million in USDT the next day.

While speculation about the acquisitions has been rife on social media and in forums, the official Twitter account of Bitcoin Magazine tweeted on March 23: “Luna Foundation confirms 6,000 bitcoin purchase worth $250 million to back its UST stablecoin.” 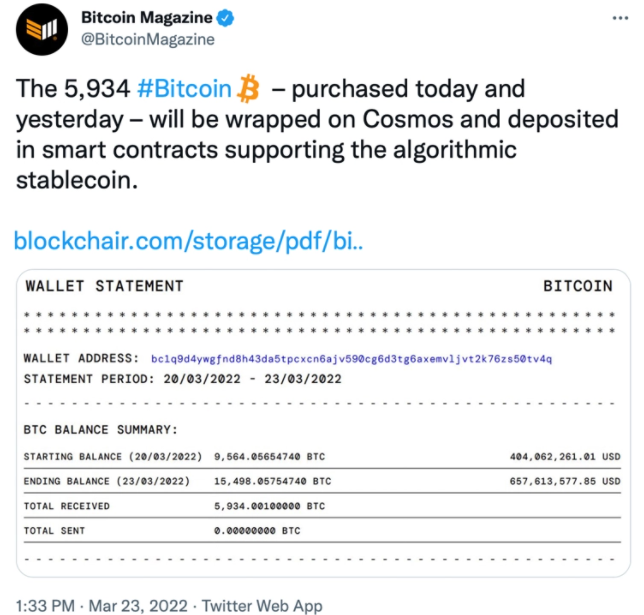 No privacy measures were used in the transactions, since Blockchair’s privacy-o-meter tool assigns the majority of transactions a privacy score of “critical” or 0. The wallet’s most recent transaction had three serious concerns with transaction privacy, one of which was “matching addresses.”