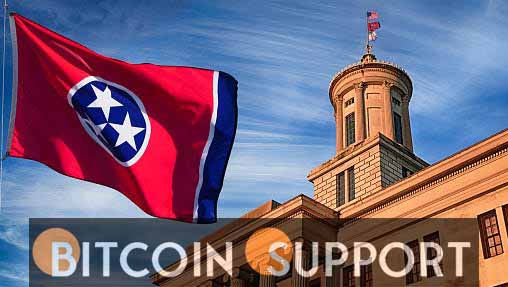 On the same day, a second piece of legislation was presented with the goal of making Tennessee the top U.S. destination for Bitcoin users.

To allow the state of Tennessee and other municipalities to invest in bitcoin, cryptocurrencies, and NFTs, Democrat Representative Jason Powell proposed a draught law.

According to the bill summary, Tennessee House Bill 2644 “authorises a county, municipality, or the state to invest in cryptocurrency, blockchains, and non-fungible tokens.”

When the bill was first submitted on Tuesday, Feb. 2, it was assigned to the House Committee on Finance and Ways and Means, where it awaits further review.

On Tuesday, the Business and Utilities Subcommittee of the House of Representatives assigned House Bill 2643 for further examination.

To get the year 2022 off to a flying start, lawmakers have been submitting Bitcoin-related legislation. Earlier this month, Senator Wendy Rogers of Arizona filed a bill that would allow the state to accept bitcoin as currency. As a result of the bill’s passage, Arizonans would be able to pay their obligations, taxes, and fees using bitcoin, making the digital currency a legal form of payment in the state.