Technical Analysis of Bitcoin and Ethereum: ETH Nears $3,000 to Begin the Weekend 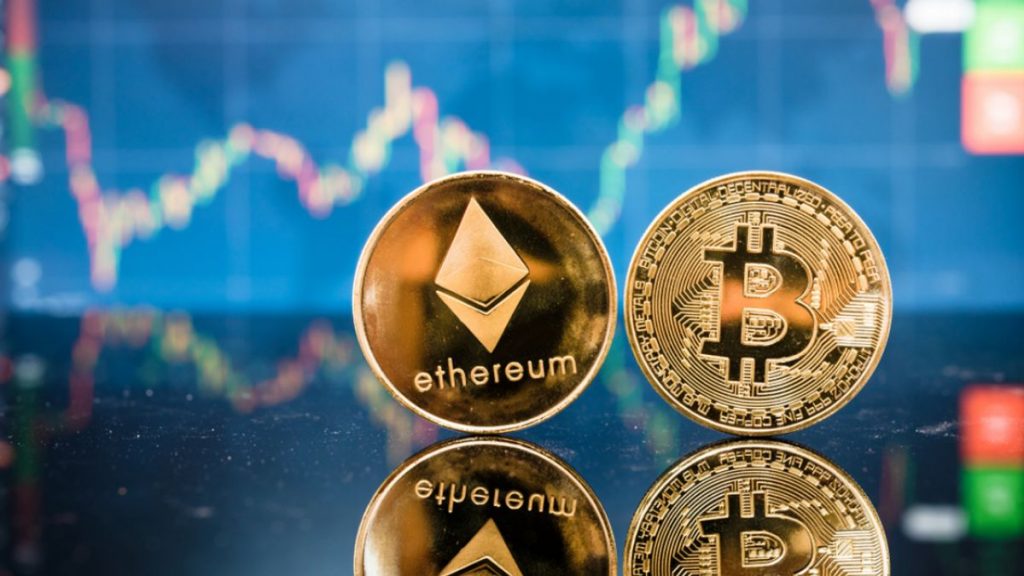 Ethereum rose on Saturday, edging closer to the $3,000 mark. As of writing, the worldwide cryptocurrency market cap was up about 4%, with bitcoin up nearly 3.5 percent.

To begin the weekend, Bitcoin (BTC) surpassed $42,000 for the first price in 10 days, as cryptocurrencies surged following a week of turmoil.

Following the Fed rate hike, cryptocurrency prices were traded with a high degree of uncertainty; however, as markets appear to have moved on from this news, bitcoin bulls have emerged. 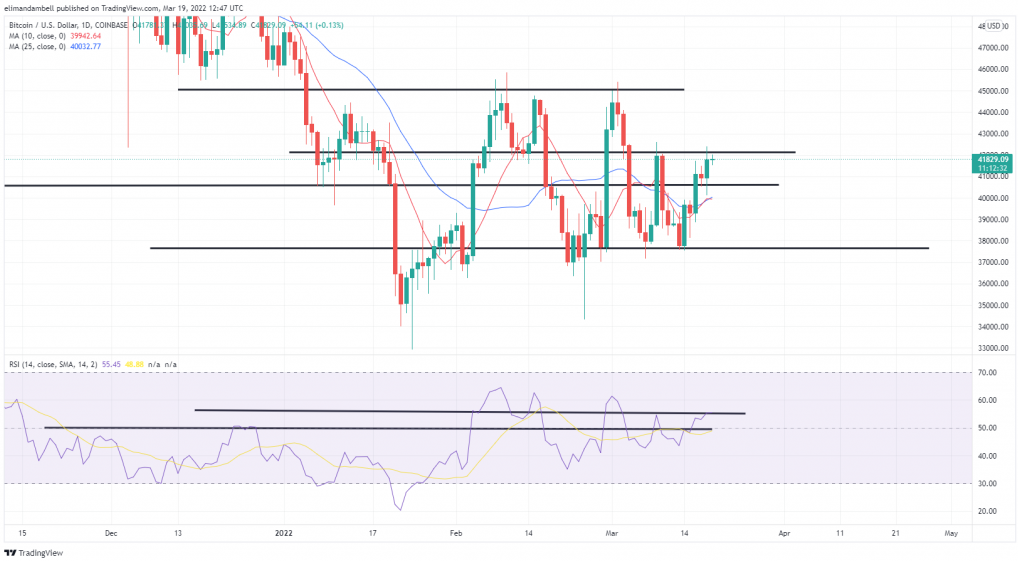 Today’s rally resulted in a crossover of the 10-day (red) and 25-day (blue) moving averages, but the direction of the crossover remains ambiguous due to recent price volatility.

According to the chart, bitcoin is currently hovering around its long-term resistance level of $42,080, which has not been breached since February 28.

Additionally to this ceiling, the 14-day RSI is tracking at a resistance level of 55.4; if all of these barriers are overcome, many might be aiming BTC at the $45,000 level.

On Saturday, Ethereum (ETH) reached its highest level in more than two weeks, as prices increased for a sixth straight session.

Last week, Ethereum traded primarily at its support level of $2,550, but markets have persistently moved away from this level since the start of the week. 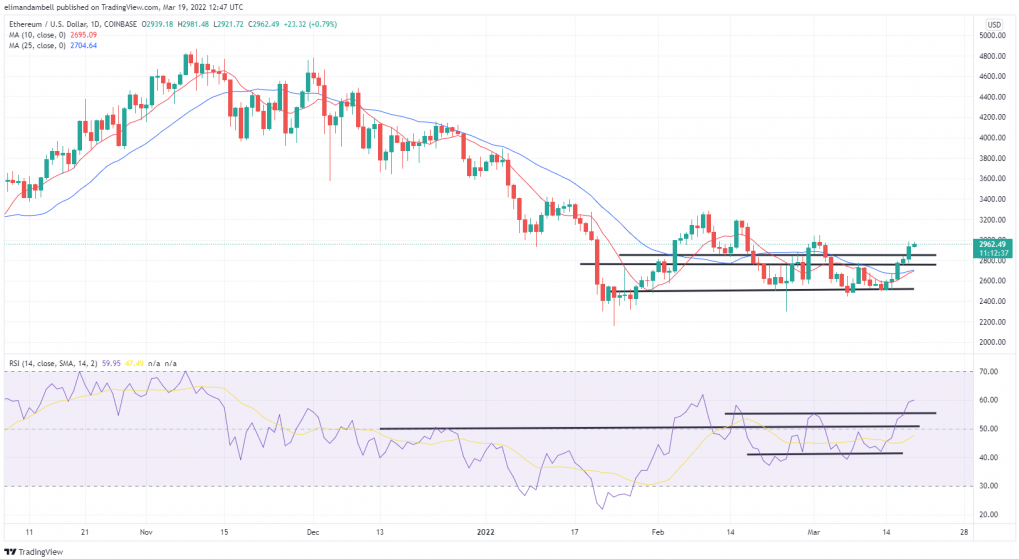 With the RSI indicator continuing to break through resistance and currently tracking at a six-week high, the expectation is that ETH will reach $3,000 before today’s action concludes.

This could, however, be a bear trap, as history demonstrates that multiple market reversals occur at this point.