Swell in the Ethereum Staking Protocol Raises $3.75M as Locked ETH Exceeds $26B 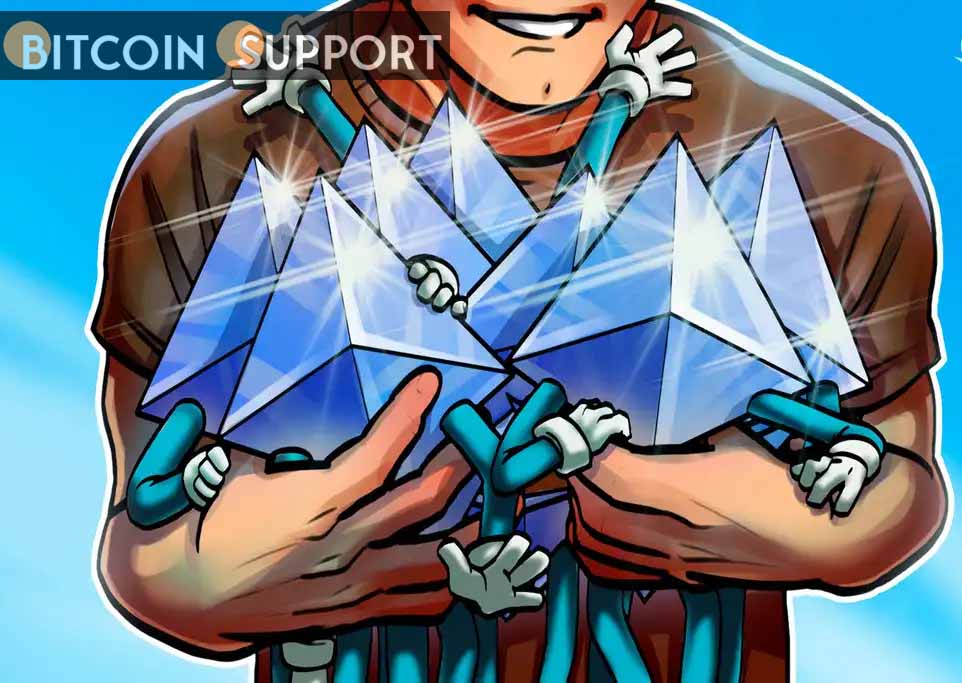 Swell aims to simplify the process of staking on Ethereum and, eventually, other blockchains.

Last week, Ethereum achieved a significant milestone in its long-awaited move to proof-of-stake, with 10 million ETH (about $26 billion) currently locked in the Ethereum 2.0 staking contract.
In light of this, a new staking mechanism called Swell has joined the ranks of initiatives that reward investors for storing their ether. Framework, IOSG Ventures, and Apollo Capital co-led a $3.75 million seed deal on Monday.

Ethereum, like the majority of other blockchains, is secured by a dispersed network of volunteers. While the network initially followed in the footsteps of Bitcoin by using a resource-intensive proof-of-work (PoW) model for transaction validation, it is currently transitioning to a more efficient proof-of-stake (PoS) model, in which users can stake 32 ether to become a network validator and deploy a node.

Validators receive a part of the fees earned by users transacting on the network in exchange for lending compute power to help secure Ethereum.

At the now, becoming a validator costs 32 ETH (about $82,000), while Swell and others are working to lower that threshold. Swell requires a minimum investment of 1 ETH. Notably, the protocol will provide liquidity to stakeholders by issuing an interest-bearing coin representing their ownership.

Swell is not the first liquid staking solution; the most popular are Rocket Pool and Lido. Both platforms already make it simple for users to enter and exit staking positions, and they accept deposits far less than Swell’s 1 ETH requirement. Rocket Pool demands a minimum deposit of.01 ETH, while Lido does not.

According to Swell, its primary benefit is that it enables users to earn additional interest through in-app “vaults.”

“We do everything for the user,” Swell co-founder and Chief Technology Officer Lecky Lao spoke of the vaults feature of the project. “After they stake, they receive an NFT that they can store in a vault if they choose to earn further revenue from DeFi farming. Essentially, we lower the entry barrier for newcomers.”

Swell intends to publish a test version of its software on the Ethereum mainnet in April. Later on, the company intends to expand to additional blockchains, beginning with Avalanche and Polygon.