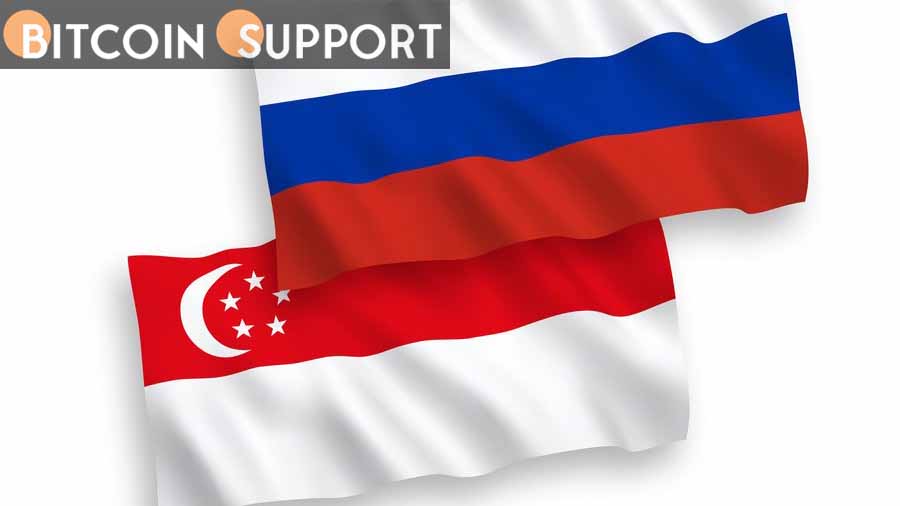 Singapore, in a rare move, would impose limitations on some Russian financial transactions and cryptocurrency operations aimed at circumventing sanctions. The decision follows official fears that Moscow’s invasion of Ukraine poses a threat to the security of tiny states worldwide.

Singapore Is the First Southeast Asian Country to Sanction Russia

Singapore is sanctioning another country without the consent of the United Nations Security Council for the first time in decades, according to a veteran diplomat. The city state is planning to do so in response to Russia’s military invasion of Ukraine, according to the South China Morning Post, citing the Ministry of Foreign Affairs.

For a small state like Singapore, this is not a theoretical principle, but a dangerous precedent. This is why Singapore has strongly condemned Russia’s unprovoked attack on Ukraine.

The department detailed the measures in an announcement published Saturday, including the implementation of export controls on items capable of being used for military purposes and restrictions on doing business with certain Russian banks — VTB Bank, Vnesheconombank, Promsvyazbank, and Bank Rossiya — and non-bank entities. Their Singapore-based assets and funds would be frozen.

Financial services that facilitate the raising of funds by the Russian government, central bank, or connected entities will be prohibited. Restriction will also apply to certain areas of the economies of the two Ukrainian breakaway regions of Donetsk and Lugansk, which Russia recognized as separate states.

Additionally, certain crypto flows may be impacted, as the ministry announced that it will prevent payment service providers that work with digital assets, including NFTs, from facilitating transactions that may be used to circumvent the rules applied to all other financial institutions.

The decision comes after Singapore’s Foreign Minister Vivian Balakrishnan told parliament on the final day of February that Russia’s show of might threatens a world order that is “very antagonistic to the security and existence of tiny states,” according to the journal.

According to official figures published by the Ministry of Commerce and Industry, Singapore’s trade with Russia was $3.7 billion last year. Imports from the Russian Federation and Ukraine together accounted for less than 0.8 percent of the island nation’s overall receipts.

Additionally, the article indicates that Singapore’s major banking institutions have already begun to restrict trade financing for Russian raw commodities. This includes a suspension to the issuance of US dollars for oil and liquefied natural gas trades.

Since the start of the armed campaign on Ukraine, sanctions have been raining down on Russia. The majority of them were imposed by the US, the EU, and their allies. Singapore is now the only Southeast Asian country to have taken similar actions, despite the fact that the majority of Asean nations condemned Russia’s attack on the United Nations.