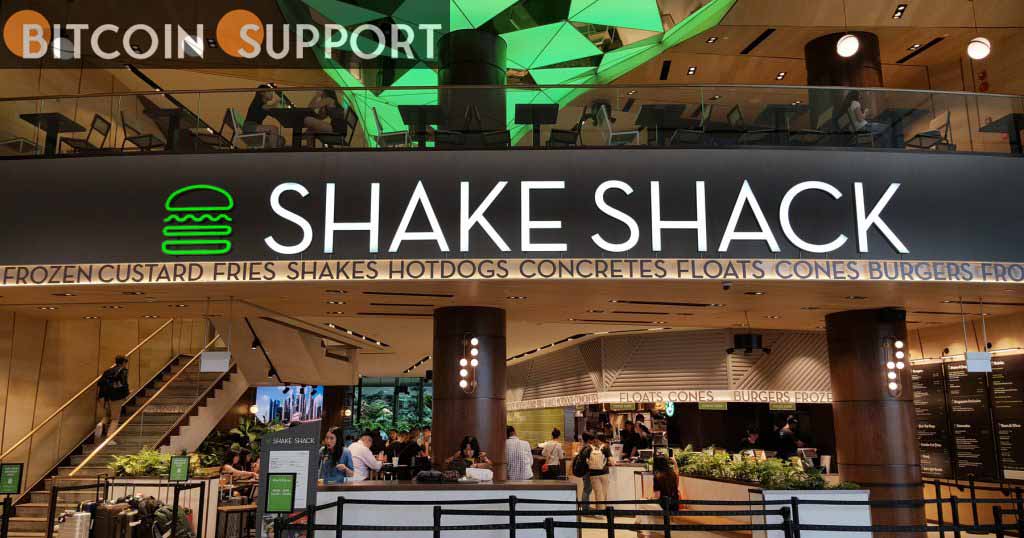 Shake Shack, an American fast-food restaurant business, is rewarding consumers who use Cash App’s debit card payment option, Cash Card. Shake Shack says participants will receive 15% of their purchase back in bitcoin, and the campaign will run through mid-March.

Shake Shack, a fast-food restaurant business, is experimenting with cryptocurrency rewards by partnering with Block Inc. to give out bitcoin (BTC). The statement follows a Wall Street Journal (WSJ) storey by Ann-Marie Alcántara, in which Shake Shack stated that the move is intended to attract younger customers.

Shake Shack executives informed Alcántara that in addition to attracting millennial and Gen Z customers, the burger restaurant is “interested in expanding cryptocurrency possibilities.” Shake Shack customers will be able to receive 15% of their purchase back in bitcoin. To obtain the BTC incentive, consumers must utilize Block’s Cash Card and Cash Boost systems.

Shake Shack’s chief marketing officer, Jay Livingston, told the WSJ writer that the fast-food restaurant operator has not observed an increase in demand for cryptocurrency payments. However, Livingston stated that the experiment with the Block’s Cash App will help evaluate whether the eatery should take digital assets.

“You’re constantly attempting to place your bets on the things that will actually matter and avoid wasting resources on the things that will not,” Livingston explained to Alcántara. “If we started accepting cryptocurrency at our kiosk right now, it would have a very low acceptance rate. However, with someone like Cash App marketing it, you’ll attract some additional folks who want it and also want to learn,” the Shake Shack CMO noted.

McDonald’s has not yet tested crypto payments, but has been experimenting with non-fungible token (NFT) technology. McDonald’s, for example, debuted the cult-classic “McRib” NFT collection in November, while McDonald’s France tweeted photographs of NFTs in April.