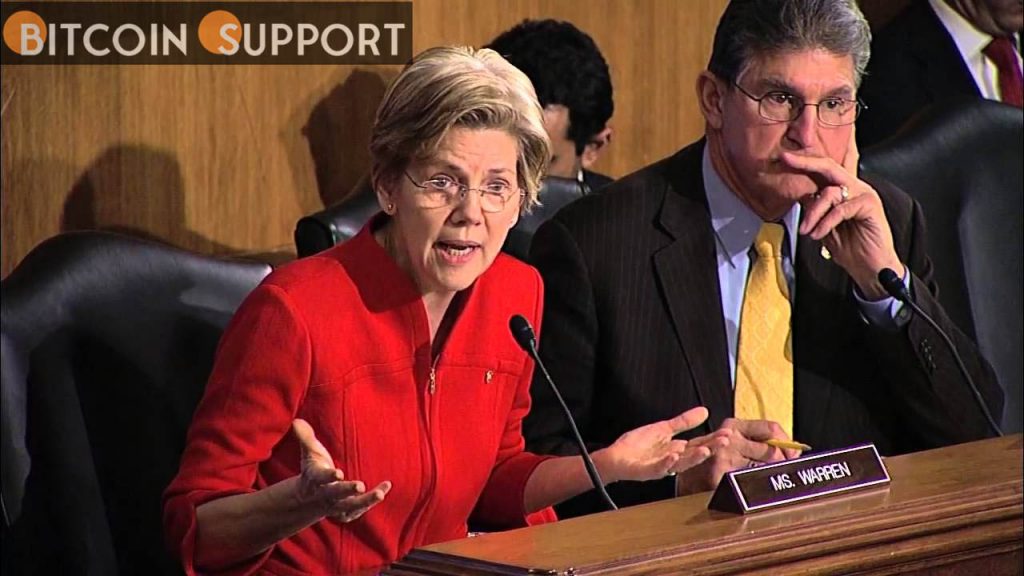 The bill would go after crypto firms based in other countries.

“This is a bill that would allow the President to sanction foreign cryptocurrency enterprises that do business with sanctioned Russian entities, as well as the Secretary of the Treasury,” she explained.

According to a draught of the law, the president’s administration would be entrusted with identifying “any foreign person” who runs a crypto exchange or otherwise facilitates digital asset transactions and has also helped Russians on the Office of Foreign Asset Control’s sanctions list evade sanctions.

Furthermore, unless there is a national security interest in not sanctioning these exchange operators, the US president has the authority to do so.

If it is assessed to be in the national interest, the US Treasury Secretary might also force crypto exchanges operating in the US to not perform transactions for, or otherwise engage with, crypto addresses belonging to anyone based in Russia. This decision would have to be reported to Congress by the Treasury Secretary.

The bill appears to cover more than just Russian sanctions. Another provision would allow the Financial Crimes Enforcement Network (FinCEN) to track people who transact with cryptocurrency worth more than $10,000.

“The Financial Crimes Enforcement Network shall require United States persons engaged in a transaction with a value greater than $10,000 in digital assets through [one] or more accounts outside of the United States to file a report not later than 120 days after the date of enactment of this Act,” the bill stated.

The Treasury Secretary would also be in charge of detecting exchanges that are “very vulnerable to sanctions evasion” or other criminal activity, and reporting them to Congress.

“Any exchange listed in the report may petition the Office of Foreign Assets Control for removal,” according to the bill, “which shall be granted upon proving that the exchange is taking appropriate steps to comply with applicable United States law.”

Warren announced the bill during a Senate Banking Committee hearing on how cryptocurrency could be used for nefarious purposes.

Prior to the announcement, Warren questioned Jonathan Levin of Chainalysis about the ease with which Russian oligarchs could circumvent sanctions by adopting cryptocurrencies.

In response to Warren’s hypothetical, Levin argued that because of the various blockchain tracking tools available, it would be impossible for an oligarch to hide even relatively small sums of money ($100 million worth).

Mixing services, chain hopping, and separating huge sums of cryptocurrency into smaller sums in separate wallets would not assist an oligarch disguise their activities, according to Levin.

“I’m astonished by your replies,” Warren responded, “since you charge a lot of money to untangle and monitor assets through the system, and the system constantly finding additional ways to disguise that money.”