Russia’s Central Bank Declares War. Is Cryptocurrency a Friend or a Foe? 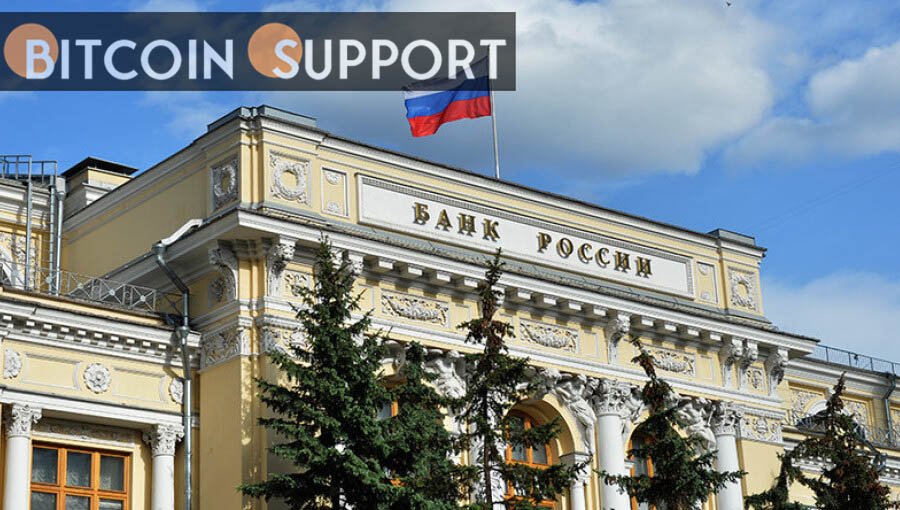 Moscow policymakers are scrambling to reconsider their attitude to digital currency as one of numerous ways to defend the increasingly isolated economy.

The Central Bank of Russia (CBR) suggested a variety of steps in January 2022 intended at limiting the country’s cryptocurrency economy, including a total ban on the usage and mining of all cryptocurrencies. It emphasized the risks posed by the volatile nature of cryptocurrencies to the country’s financial stability, the widespread use of crypto in unlawful activities, and the energy expenditures associated with crypto mining. The CBR did not, however, overlook the utility of blockchain technology. The following month, it revealed that the digital ruble, its projected central bank digital currency, had entered the pilot stage (CBDC).

However, following the Russian legislature’s decision to recognize the Ukrainian rebel governments of Lugansk and Donetsk, the European Union imposed financial penalties on the majority of Russian Duma MPs. In response to the events in Ukraine, the CBR was sanctioned in early March. It became clear that additional sanctions would be imposed by the EU, the US, and other Organization for Economic Cooperation and Development (OECD) countries.

When previously legal financial transactions with the West were criminalized, there was much uncertainty about the future of cryptocurrencies in Russia. According to Stanislav Tkachenko, a professor of international politics and economics at St. Petersburg State University who has published extensively on monetary regulation, officials are already interested in the future development of both the CBDC and existing cryptocurrencies.

Tkachenko stated that Russia was watching how China approached the introduction of a state digital currency and anticipated that Russia would just mimic what China was doing. He emphasized that Russia’s shift to cooperating with China in bilateral trade would almost certainly result in increased transaction costs, because the commodities Russia sells are most typically priced in dollars in international markets, and China prefers to use yuan exclusively for its own market. Traditional transactions would have to be carried out in rubles, dollars, and Chinese yuan.

Tkachenko was upbeat about the prospects for cryptocurrency mining in the near future, despite the fact that global mood toward Russian energy has deteriorated, culminating in sanctions and proposed new restrictions. He stated that this was driving up global energy prices while also leaving Russian energy producers without a global market to cater to. This could result in both a more permissive approach toward crypto mining within Russia and additional steps to limit Russian access to the cryptocurrency market overseas.

Any central bank digital currency has numerous major problems, and Russia’s situation has a few more. First, the anonymity of transactions is no longer useful. While CBR regulators have been concerned about decades about the possible use of anonymous transactions for money laundering and terrorism financing, a CBDC would surely be targeted.

Six large Russian banks’ operations in the United States and the European Union have been halted: VTB, Novikombank, Sovcombank, Otkritie, PSB, and Bank Rossiya. Transferring dollars and euros from their accounts to any place in the world is now impossible, and Visa and Mastercard cards issued by any Russian bank do not work abroad. The abolition of interactions with Russian banks, on the other hand, harms current overseas business, which cannot be argued for a new state-issued cryptocurrency.

Another factor is that the Russian “brand” has lost value elsewhere in the world, with crypto exchanges forced to close down currency wallets held by Russian citizens. While officials have long been concerned that Bitcoin (BTC) will be used to pay for illegal darknet operations, the CBDC’s relationship with Russia makes all usage questionable.

President Nicolas Maduro of sanctioned Venezuela proposed the development of the state-backed petro cryptocurrency in 2017, trying to improve the country’s collapsing economy. However, it has seen minimal practical use: Venezuela utilized it in 2019 to make tiny payments to retirees, and it is frequently used to price services or fines that are eventually paid in local currency. Cryptocurrency is commonly seen as a speculative instrument as well as a medium of exchange. The petro has failed on each of these fronts.

The military utility of digital assets

One significant benefit of a prospective CBDC is that it helps to mitigate some of the weaknesses of Russia’s existing financial framework in the setting of wartime. If something happens to Sberbank, VTB, or any of the other banks, Russians will find it impossible to transfer money using their respective banking apps, which are now widely used throughout Russia.

However, given the government’s credit defaults and inability to access frozen assets abroad, most of the globe is likely to scoff at a Russian CBDC, much as they did at the release of the Venezuelan petro.

It would be irresponsible for Russia to confine itself to a CBDC without investigating crypto mining opportunities. While mining would not be able to replace normal energy exports due to the scale of the Russian economy, the use of extra electricity for mine may assist compensate for unavailable foreign reserves.

The Russian government can pursue mining prospects without completely liberalizing the market. Blockchain mining could be done by state-run energy businesses but is prohibited among ordinary citizens, similar to how the Bahamas allows gambling opportunities for international tourists but prohibits Bahamian locals from participating. This would have the added benefit of allowing electrical energy producers to balance cryptocurrency creation with ordinary users’ use of the electrical grid.

However, such a technique could exacerbate Western suspicions that Russia will use cryptocurrency to avoid punitive sanctions.

Last month, Beijing launched the digital yuan, called the e-CNY, for Olympians and visitors during the Winter Games, drawing the attention of Russia’s financial regulators. However, this was simply the digital yuan’s first overseas appearance. More than a year of test runs in roughly a dozen locations of the country had already taken place, with more than 260 million people possessing e-CNY accounts by the end of 2021. According to the bank, the volume of total digital transactions reached about 90 billion yuan, or $14 billion, indicating that China’s CBDC is faring far better than Venezuela’s.

With the world’s second-largest economy, China, on the other hand, has little trouble achieving such transaction volumes – it’s technically only $10 per person in what has already virtually become a cashless society. And, while China has endured trade limitations, it has yet to incur catastrophic penalties like Russia and Venezuela.

Pressure from the west

Last week, U.S. President Joe Biden signed an executive order directing federal agencies in the United States to research and develop a comprehensive plan to unify the government’s control of the cryptocurrency market. The fact that US financial regulators are attempting to restrict Russia’s access to the world’s three trillion dollar cryptocurrency industry may drive Russian politicians to do the exact opposite.

However, policymakers’ primary concern in the short term is the health of the Russian financial system in the face of a sudden decoupling from the West. The majority of Russia’s $630 billion in foreign reserves, called Putin’s “war chest” in the Western press, have been frozen, raising worries of a foreign-currency-denominated debt default. As many believe that the worst is yet to come for the ruble, the CBR has been compelled to impose capital limits in order to prevent widespread panic.

While Russia’s regulatory authorities may be interested in keeping money in the country, they must also ensure that international trade can continue despite the West’s historic control of most of the world’s financial markets. As a result, they must prevent quick capital flight while yet allowing Russia to maintain access to global markets. To avoid Moscow relying almost entirely on Beijing for this access, it is quite likely that Russian regulators will act to encourage rather than eliminate cryptocurrency access in the medium term.