Russian Attack On Ukraine $200 Billion Wiped Off Crypto Within Hours 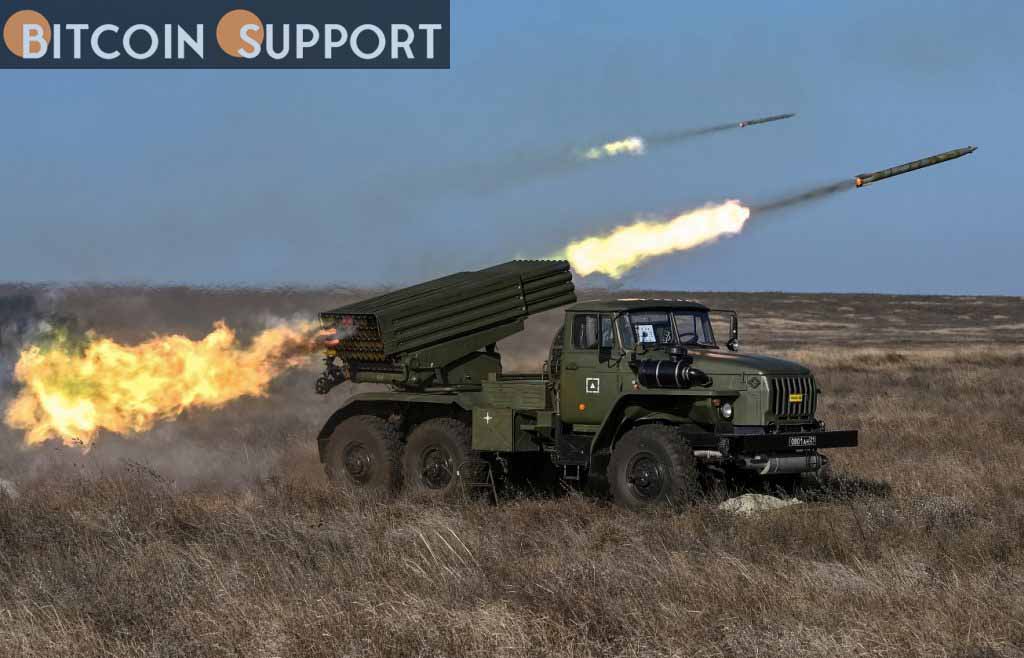 After Russia started war with Ukraine, the value of the crypto market dropped by $200 billion in 24 hours. Focus now shifts to possible Western sanctions against Moscow. This is what Joe Biden said: “The United States and its allies will respond decisively to this attack.”

The U.S. and its European allies had put some sanctions on Russia earlier this week, but the move was seen as positive by the market because the sanctions were so limited. When things got worse, Biden had said that the U.S. would take more strict steps.

Sanctions this week had targeted two Russian banks, certain Russian elites, and the country’s debt market. But they had stayed clear of Russia’s key oil exports to Europe, as well as any large banks.

There have been a lot of problems on the Ukraine border this month. It’s been a bad week for stocks, and the value of the crypto market has dropped nearly $500 billion from its high earlier this month.

Safe-haven assets have been the only ones to benefit. Stablecoins have seen a lot of traffic. Gold prices have also gone up.

On Thursday, Bitcoin fell below a key support level of $35,000. Most altcoins saw double-digit drops.

Any strong action from the West is likely to lead to more deaths, and the conflict is likely to be the main story in the next few days.

Cryptocurrency prices, like the broader financial markets, are likely to be volatile in the coming weeks, influenced heavily by events related to the Russia-Ukraine conflict. Furthermore, interest rate hikes by the Federal Reserve are expected to put downward pressure on bitcoin prices.

After a lot of losses, the markets are likely to wait and see how the situation turns out.

At the end of 2014, the tech-heavy index, the Nasdaq, lost about 4.4%. However, it quickly rebounded after that. Later in the year, it even hit new highs for the year.

Bitcoin tends to move in the same direction as U.S. tech stocks, which could lead to a rebound in the market later this year.

But rising inflation and interest rates are likely to be a big problem for them, as well.