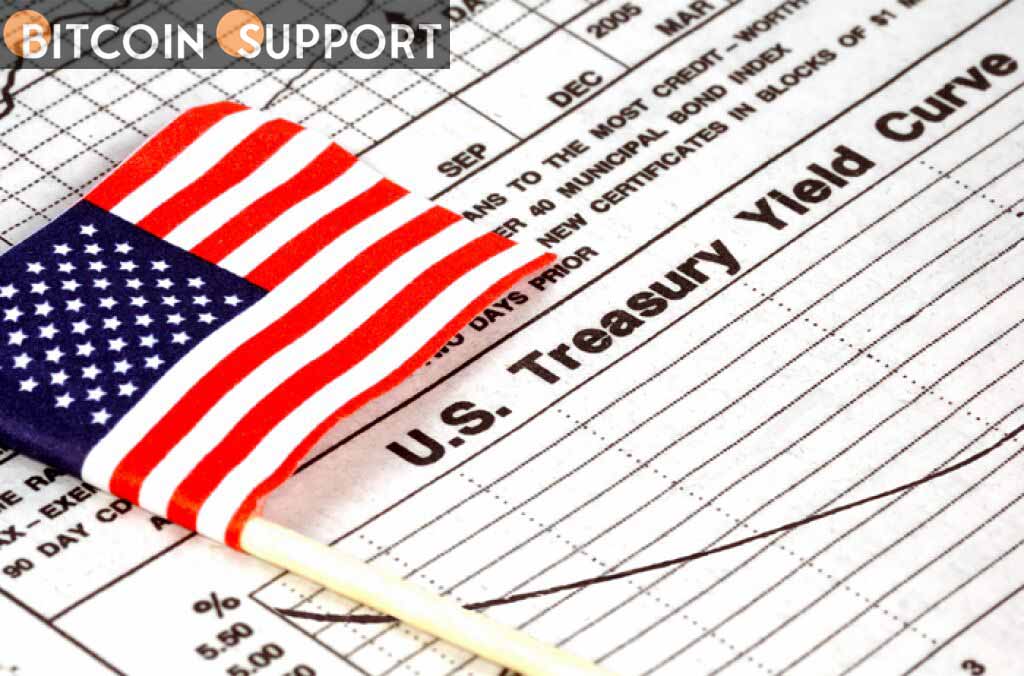 The recession omen could have a detrimental effect on risk assets, such as bitcoin.

While bitcoin’s positive breakthrough has boosted market sentiment, the US bond markets look to be signalling an economic slowdown, a bearish indication for risk assets.
According to data compiled by charting tool TradingView, a segment of the Treasury yield curve inverted early Monday. For the first time since 2006 — a year before the global financial crisis of 2007-2008 – the spread between 30- and 5-year government bond yields went below zero.

At press time, the disparity between 10-year and two-year rates, another extensively followed segment of the yield curve, was 12 basis points short of inversion. A yield curve is a graphical representation of the expected returns on various maturities of bonds. Yields are inversely proportional to bond prices; as prices rise, yields fall.

An inverted yield curve is commonly interpreted as a harbinger of approaching economic recession, a prolonged period of reduced economic activity lasting months or even years. According to the Federal Reserve Bank of San Francisco, the yield curve inverts prior to each recession since 1955, with the economy suffering a six- to 24-month period following the inversion.

The recent curve inversion’s recessionary signal may have bearish repercussions for bitcoin. While the cryptocurrency has yet to establish strong ties to economic activity, it has evolved as a macro asset since the March 2020 coronavirus crisis and tends to move in lockstep with risk assets, most notably technology stocks, which are cyclical in nature.

At the time of publication, bitcoin was trading 0.8 percent higher on the day at $47,200. Prices departed a two-month tightening price range early Monday, paving the way for an extended rise to the upside. 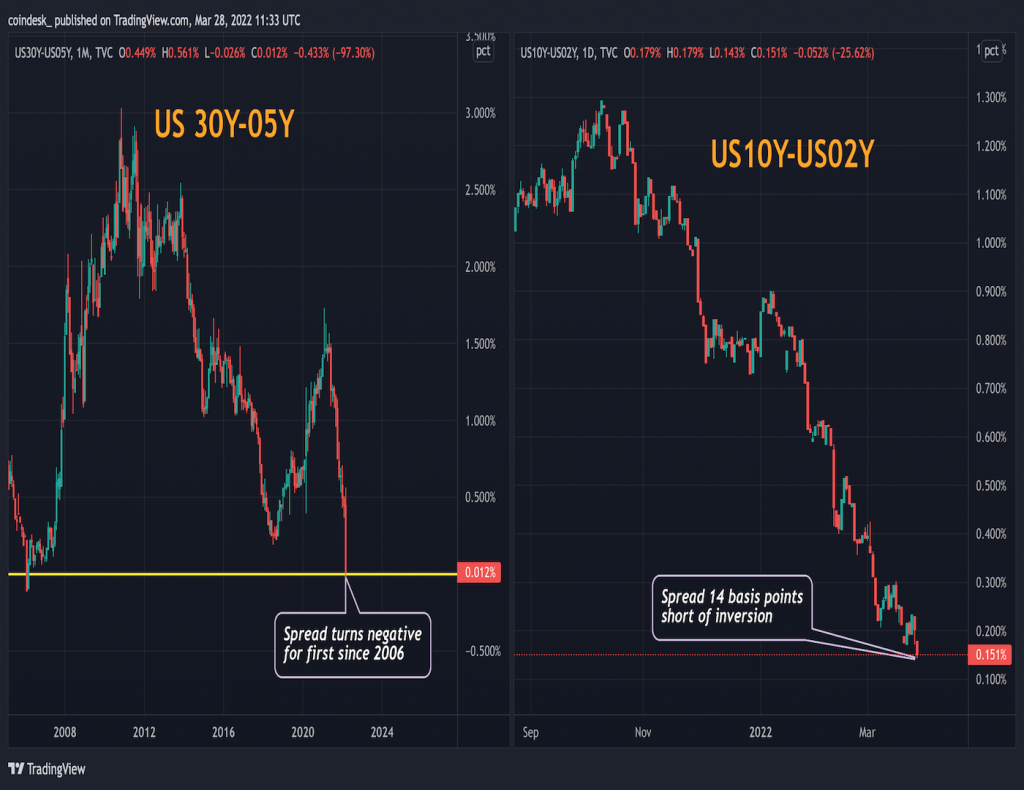 The recent curve inversion may reflect bond traders’ doubts about the Fed’s capacity to contain inflation without triggering a recession. On the one hand, rate hikes drain liquidity and help contain inflation; on the other hand, they put downward pressure on consumer and corporate expenditure, disrupting the virtuous economic cycle of high spending and high growth.

“Take a look at the massive flattening in the 2y10y — it indicates that the Fed’s ability to engineer a soft landing is quite limited,” David Duong, head of institutional research at Coinbase, following the Fed’s 25 basis point rate hike and presentation of the case for rapid tightening in the coming months.

Interest rate derivatives traders now anticipate a 218 basis point increase in interest rates by the end of the year. This equates to nine rate rises of 25 basis points over the following six Fed meetings.

Bitcoin broke beyond the $47,000 barrier early Monday, confirming a bullish breakout from a two-month triangle consolidation.

Why does an inverted yield curve symbolise recession fears?

The yield curve does not generate recessions on its own; rather, it reflects how bond dealers anticipate the economy will evolve over the next few years.

When traders sell short-term bonds and invest in long-term debt, the yield curve inverts. This is a hint that investors anticipate a decrease in long-term interest rates, which often occurs during economic slowdowns or recessions.

Occasionally, anticipation of quick rate hikes in the short term drive investors away from one-year to five-year bonds, resulting in an inverted curve. For example, the two-year and five-year rates have rallied more this year than the ten-year and thirty-year yields.