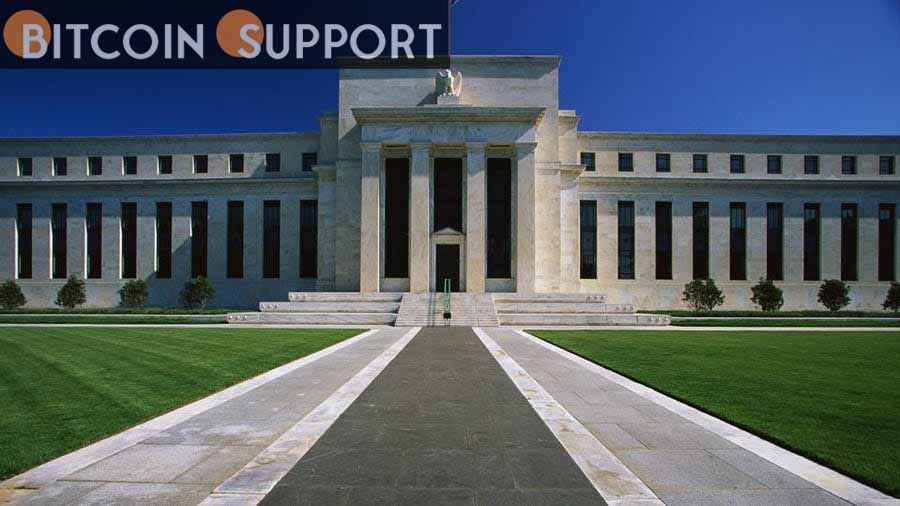 More worries about the EU and US central banks’ impending actions have arisen as bitcoin (BTC) and crypto markets in general have declined over the previous day and week, despite rising tensions between Russia and Ukraine, sanctions put on the former, and today’s invasion of the latter.

According to Noelle Acheson, head of markets research at large crypto trading business Genesis Global Trading, there are still a lot of doubts about the US Federal Reserve’s policy to be answered. These include whether the cryptocurrency market’s movement will have an impact on that plan, as well as how Russia’s war against Ukraine will influence its decision on the much-debated rate hikes.

Will the Fed decide to delay rate hikes given the potential economic hit to the global economy of war in Europe? Or will it feel it needs to act even more harshly against the inflationary pressures of higher energy prices? /2

“One thing this does is decrease the impact of the next US CPI [consumer price index] data, scheduled March 10,” according to Acheson.

“While it would have been too late to influence the rate hikes predicted in mid-March,” it continued, “it stood to be a strong signal as to how many rate hikes the Fed will cram into 2022 overall.”

Despite Russia’s invasion of Ukraine, the European Central Bank (ECB) may likely agree on a faster wind-down of asset purchases at its next policy meeting on March 10, according to Governing Council member Gabriel Makhlouf.

He went on to say that the euro region is currently recovering from the COVID-19 constraints, with consumption rising and the labour market improving.

“It’s entirely possible that we’ll be able to make choices about the asset purchase programme in March,” he was reported as saying.

According to the council member, asset acquisitions could come to a stop in the second or third quarter of this year, depending on the updated predictions.

When it comes to boosting the ECB’s deposit rate, he voiced caution, saying that those who believe the bank will raise rates soon are “on a completely different schedule than the one that we’re operating on and that we’ve indicated.”

All of this said, the consequences of Russia’s aggression in Ukraine appear to be appearing as we speak, with greater energy bills projected, as well as reduced commerce and financial turbulence in the eurozone – given that Russia supplies 40% of the eurozone’s gas needs.

According to Reuters, the European Central Bank’s policymaking Governing Council will meet in Paris on Thursday for a “casual get-together.”

Yannis Stournaras, an ECB policymaker, is quoted by Reuters as saying:

“In my opinion, it will have a short-term inflationary effect, meaning that prices will rise as energy costs rise. […] However, I believe that the repercussions will be deflationary in the medium to long term due to adverse trade effects and, of course, the rise in energy prices.”

According to analysts cited by Reuters, the ECB may potentially delay the removal of its support measures.

Meanwhile, Acheson pointed out that the BTC-S&P500 60-day correlation is worth watching, as it hit a new high yesterday, noting that no matter how close they get during this period of uncertainty, it will most likely be ephemeral.

“The “decoupling” will be intriguing to observe, and it might begin when the uncertainty subsides and longer-term investors decide to hedge against currency volatility, economic upheavals, rising political polarisation, and, yes, inflation,” she added.