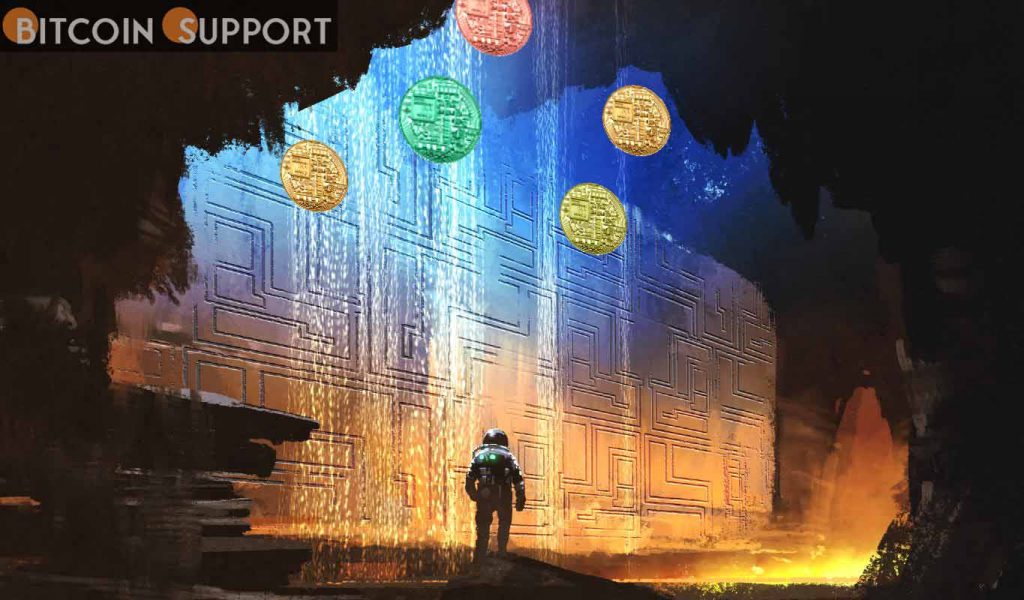 The crypto market rebounded throughout the afternoon following a gloomy start to the week, with quant (QNT) and terra (LUNA) topping the gainers. Bitcoin and Ethereum’s earlier losses were also mitigated, since the total market was up 1.35 percent at the time of writing.

Bears have exerted substantial pressure on cryptocurrency markets over the last week, but this pressure has eased considerably as some bulls returned on Monday.

Despite this, quant (QNT) was today’s (so far) largest gainer, gaining as much as 13% on the day. 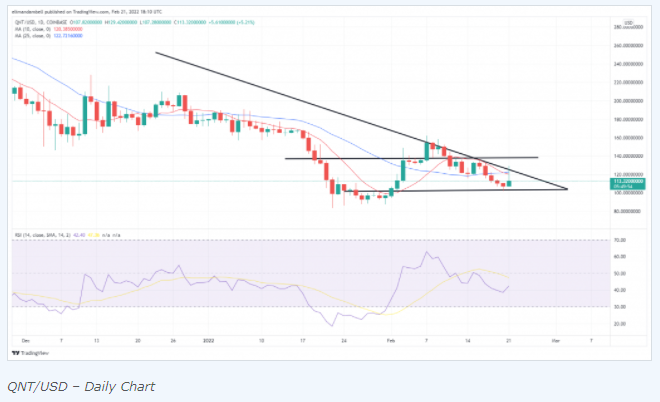 However, once QNT/USD approached the resistance level of $138.30, it appeared as though several traders liquidated their positions.

Regardless of this, those who remain may continue to press for this price ceiling.

Despite the fact that last week’s selloff was somewhat stabilizing, there was undoubtedly still a red wave in the cryptocurrency top 100.

While the most of the list remained red, losses were very minor, with avalanche being the largest to fall (at the time of writing) (AVAX).

AVAX/USD plummeted to an intraday low of $75.00 during today’s session, falling over 4% and bringing prices to their lowest level in three weeks. 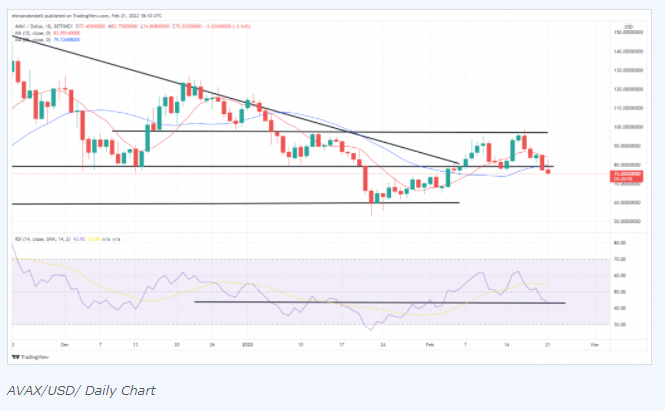 This decline in price occurs as a result of the support level of $79.00 being finally breached, following multiple failed attempts to break below this level.

Price strength has also been eroded, as the 14-day RSI has fallen to its lowest level since February 3, and now stands at 44, just above oversold territory.