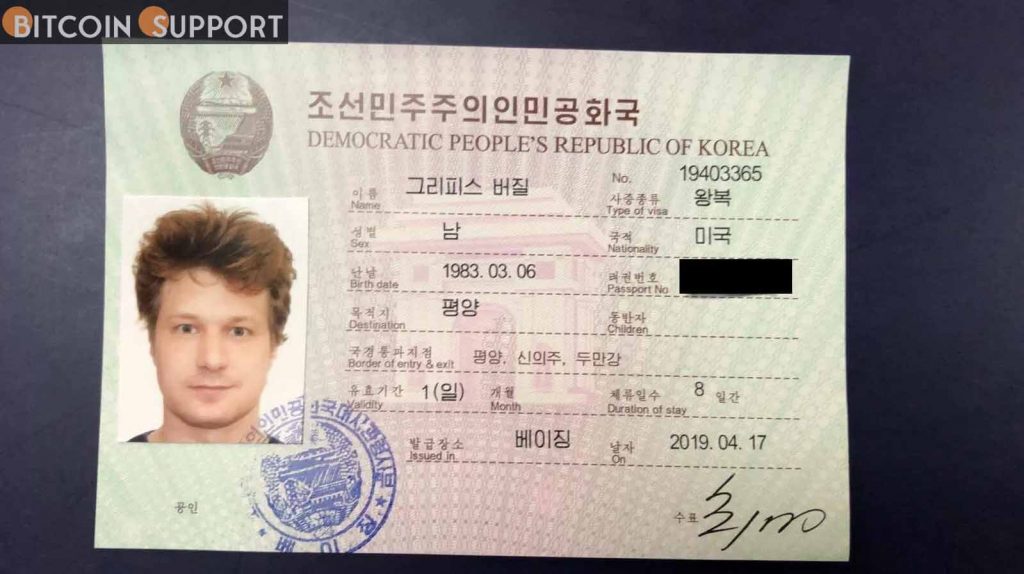 The Ethereum Foundation, which governs the Ethereum (ETH) blockchain network, “first indulged” the foundation’s Virgil Griffith, according to American prosecutors. Griffith is the man accused by the FBI of “illegally engaging” with North Korea in 2019.

At a hearing last year, Griffith, a senior official at the foundation, pled guilty to the FBI’s accusations of sanctions-related offences and faces several years in jail at a sentencing hearing in April. His attorneys have requested a two-year sentence, which would include time already spent in detention.

However, court records revealed that “there was direct communication between” Ethereum co-founder Vitalik Buterin and Griffith on the topic, according to the Financial Post, despite the fact that Buterin was “not referenced by name” in the prosecution’s charges.

Griffith allegedly intended to set up an Ethereum node in North Korea before visiting the nation in 2019 to speak at a state-run blockchain conference, according to the prosecution’s newest complaint.

According to the prosecution, operating a node from North Korea was illegal because it would allow Pyongyang to dodge sanctions, which would be ineffective against any country if they were not “completely applied.”

However, the prosecution said that Griffith and the foundation had been talking about establishing a node as early as April 2018, when the former allegedly asked the latter “whether we’d directly do this.” Sanctions, according to the foundation, mean that only “doing so through an intermediary is possible.”

Griffith is said to have then presented himself as a “individual” backer until a suitable middleman could be “figured out.”

However, the most damaging claims against Buterin appear to suggest that Griffith had direct communications with the latter about Griffith’s North Korea proposal — despite the fact that Buterin was only identified as “Individual-1” in the document. According to the petition, this “person” – who is described as a “co-founder of the Ethereum Foundation and Griffith’s ultimate boss” – “appears to have discouraged Griffith from proceeding with the node.”

Regardless, Griffith is said to have continued to speak with Buterin about the situation, and the former even texted Buterin “to suggest the North Koreans were interested in an aspect of Ethereum and that it ‘might be high exposure work.'”

The prosecution does not appear to have presented any evidence that Buterin actively encouraged Griffith. In reality, the majority of the evidence suggests Buterin was wary of Griffith’s efforts and cautioned them were “risky.”

Griffith, on the other hand, is said to have continued to give suggestions for North Korea’s “particular proposals to create blockchain services.”

According to the news organisation:

“It’s unclear whether Griffith was discussing Ethereum Foundation activities with Individual-1. Griffith’s superior as well as a personal friend was Buterin.”

Individual-1, however, had filed a letter to the court in favour of Griffith, but had failed to include a “reference to” the fact that he had spoken to Griffith about North Korea’s supposed Ethereum interests in the document, according to the prosecution.

Griffith’s trip was previously described as “a personal matter” by the Ethereum Foundation, which “never sanctioned nor sponsored any such travel.”