OCEAN is up 86.4 percent in March, ahead of the release of Ocean v4 in the second quarter 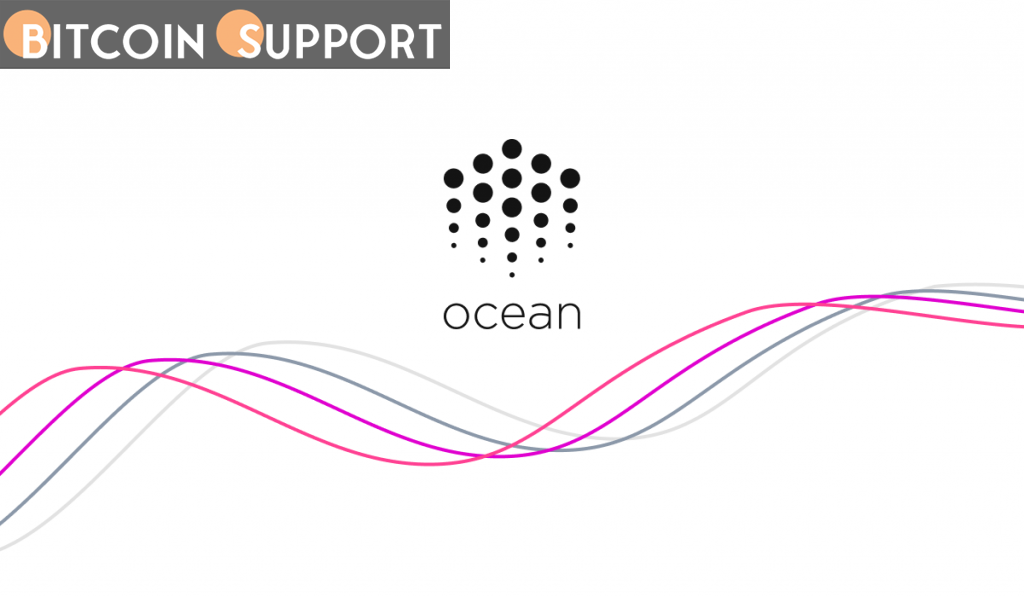 OCEAN has been given life by a widely anticipated protocol upgrade, as well as a growing partner base and an active awards programme.

As the world progressively moves toward a Web3 future that sets blockchain technology as the underlying infrastructure for the new internet, data security and accessibility have become essential challenges of the modern age.

Ocean Protocol (OCEAN), a blockchain ecosystem that enables individuals and organisations unlock the value of their data and monetise it through the use of datatokens, is one project that is seeking to capitalise on this expanding trend by building tools for the emerging Web3 data economy. 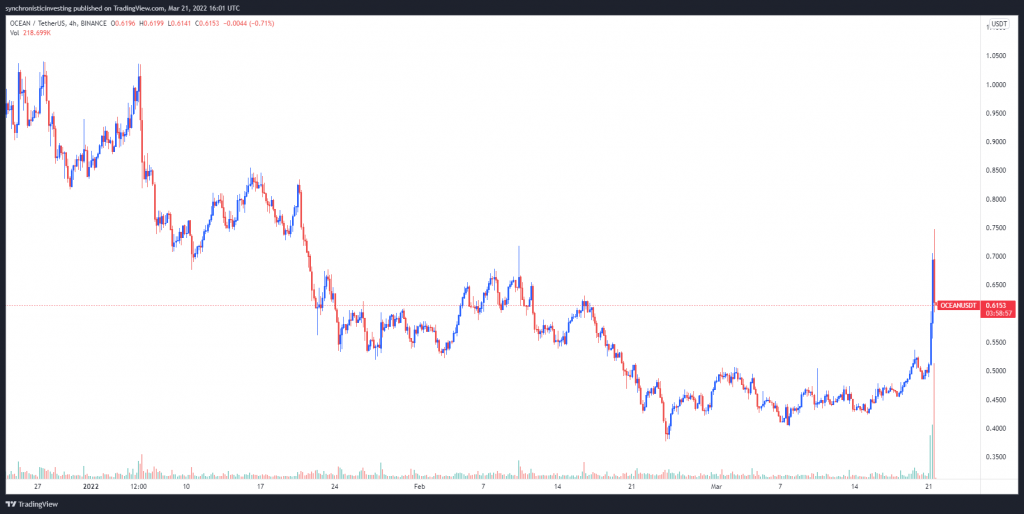 The forthcoming launch of Ocean v4, the addition of new projects to the Ocean protocol owing to the continuing OceanDAO grant program, and an expanding list of data partners that offer real-world use cases to the ecosystem are the three key reasons for OCEAN’s price increase.

Ocean v4 will be released soon

The forthcoming introduction of Ocean v4, which is presently in public testing and is slated to go into production in the second quarter of 2022, is one of the main factors bolstering OCEAN’s momentum in March.

.@oceanprotocol is launching Version4 in the next weeks and it will get really interesting for data management and monetization.

This is how Data meets DeFi. $OCEAN 🌊🌊

Ocean v4 will, according to the project, incorporate various improvements, including a method that aims to eliminate rug pulls in datatoken pools by removing the initial datatokens issued to publishers. Data NFTs, which add nonfungible token capabilities to base intellectual property (IP) as a way to help improve revenue streams, will be introduced as part of the new protocol upgrade, as well as new opportunities for the community to monetise data.

The current OceanDAO funding process, which enables new projects launch on the network, is a second aspect that is helping to improve the outlook for OCEAN.

The Ocean Protocol Foundation announced its $140 million grant effort in October 2021 as a method to help fund Web3 data economy enterprises that wanted to use Ocean’s data markets and data unions.

TalentDAO, a protocol developed to solve the lack of scientifically verified surveys for analysing organisational health in the context of DAO contributors, recently received the 15th round of award incentives from OceanDAO.

We continue with introducing the winning projects of the recently concluded @OceanDAO_ Round 15 to the Ocean Community 🌊@talentDAO_ is the latest grantee to have joined the Ocean ecosystem! pic.twitter.com/Qe9YHjRFgY

The 16th round of OceanDAO is currently open for financing, with a total of 200,000 OCEAN tokens available. The deadline for submissions is April 5.

New data partners have been added

A third aspect boosting OCEAN’s overall outlook is the entry of new data partners to the Ocean Protocol ecosystem, which indicate real-world acceptance of the Open Data Economy.

Dimitra Technology is the most recent startup to join forces with Ocean in order to help agricultural producers use blockchain technology and data to boost yields.

The Ocean Protocol has also announced the opening of Ocean Shipyard, a fund to assist entrepreneurs that want to build open-source Web3 applications on the protocol and add value to the Ocean ecosystem.