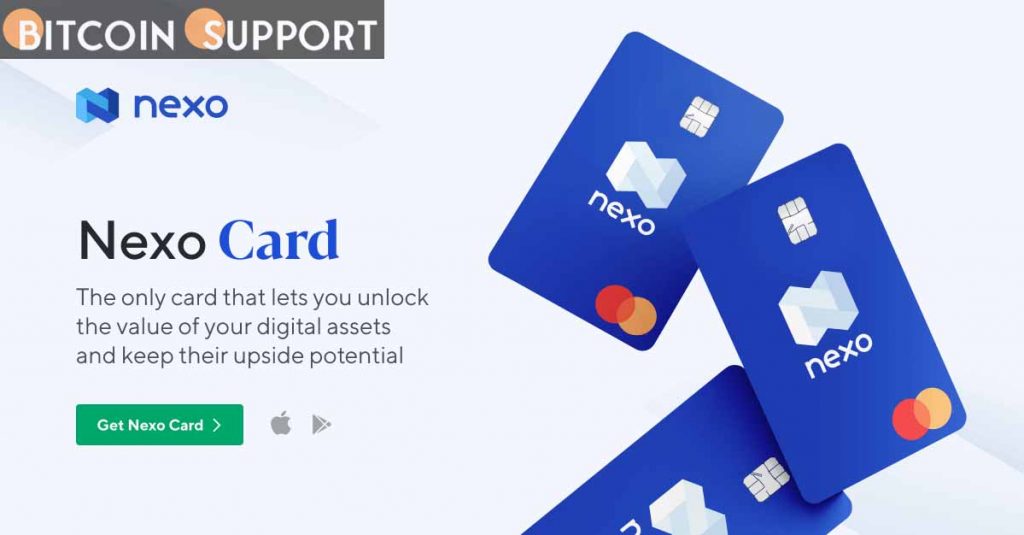 After launching the concept in 2019, Nexo has finally launched its bitcoin credit card in conjunction with Mastercard.

Nexo, a major cryptocurrency loan company, has developed a crypto-backed Mastercard card that allows customers to pay for services with cryptocurrencies such as Bitcoin (BTC) without having to sell their crypto.

Nexo announced on Wednesday that it has teamed with Mastercard and the peer-to-peer payment company DiPocket to develop the Nexo Card, a crypto card that allows cardholders to use their crypto as collateral rather than selling it. The card is tied to a Nexo-provided crypto-backed credit line that allows users to utilise a variety of assets as collateral, including Bitcoin, Ether (ETH), and the Tether (USDT) stablecoin.

“The Nexo Card works with Nexo’s crypto-backed credit lines,” a Nexo representative told. “This means that payments for your transactions come from your available credit line while your digital asset portfolio remains intact.” The collateral must be repaid in accordance with Nexo’s terms and conditions, according to the spokesperson.

The Nexo Card’s credit line starts and stays at 0% APR, according to the company, and the product is the first-of-its-kind crypto-backed Mastercard card. The card has no minimum payback requirements and does not charge foreign exchange costs on purchases up to 20,000 euros ($21,700). The Nexo Card, like regular Mastercard cards, is available in both virtual and physical form, and includes direct Apple Pay and Google Pay integration.

Nexo expects the Nexo Card will be accepted by 92 million retailers globally that accept Mastercard, allowing investors to spend up to 90% of their crypto’s fiat value in seconds without selling any of it, according to the statement.

Nexo said the card is now available in “certain European markets.” The Nexo card is only available to citizens of 29 countries, according to the company’s website, including Belgium, Cyprus, Czech Republic, Finland, France, Germany, the United Kingdom, and others. The new product launch, according to Nexo co-founder and managing partner Antoni Trenchev, is critical for the synergy between the existing financial network and digital assets.

“This one-of-a-kind solution will enable millions of individuals, initially in Europe and then around the world, to spend quickly without sacrificing the value of their cryptocurrencies, providing extraordinary everyday utility for the burgeoning asset class,” he said.

“Mastercard thinks that digital assets are transforming the financial environment, and we’re leading the way with programmes like our partnership with Nexo, which gives users new and unique ways to pay for and activate their crypto holdings.”

Nexo began working on a MasterCard-branded crypto collateral-based card in August 2019, as previously reported. Earlier this year, the Nexo Card was partially rolled out in a number of European countries. Last year, the company announced a big collaboration with Fidelity Investments’ crypto arm, Fidelity Digital Assets, on crypto custodial, product, and lending services for institutional investors.