Former CEO Mark Karpeles revealed that the exchange had around 200,000 bitcoins in its control at the time of its shutdown, of which the trustee had previously sold 50,000 bitcoins for $600 million.

Mt. Gox was a Tokyo-based Bitcoin exchange that closed in February 2014 following a cyberattack that resulted in the loss of 850,000 BTC. Karpeles revealed in a recent interview that the exchange had around 200,000 BTC in its control after the company’s demise, of which the trustee had already sold roughly 50,000 BTC for $600 million.

According to Karpeles, Mt. Gox’s remaining 150,000 BTC has increased in value over time and is now worth over $6 billion. Following this disclosure, the previous CEO affirmed steps to re-distribute funds and settle debts with creditors. 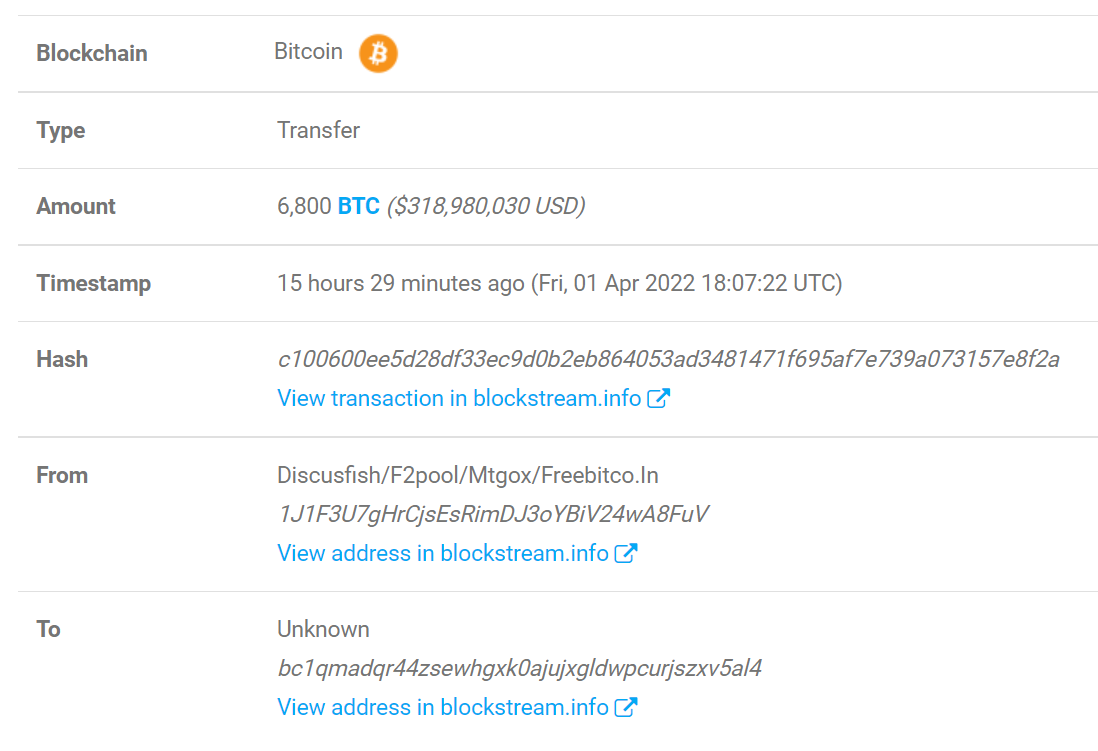 Despite being out of business for more than eight years, the Mt. Gox crew has previously published a strategy to compensate creditors. The transfer of 6,800 BTC, on the other hand, may indicate the start of the scheme.

While crypto businesses continue to implement new security measures in order to thwart attacks, bad actors have kept up with the development in order to entice unsuspecting investors.

🚨 Warning 🚨@BearsRare
Discord has unfortunately been compromised. Please DO NOT click any links, connect your wallet and block all incoming DMs in our discord. Our team are working on the situation as we speak 🙏🏼

Rare Bears, a newly established nonfungible token (NFT) initiative, confirmed a successful phishing attempt on March 18 that resulted in the theft of over $800,000 in NFTs.

The hacker gained access to a Discord moderator’s account and disseminated phishing links, draining users’ bank accounts. The Rare Bears team was eventually able to deactivate the hijacked account and protect the system from additional intrusions.