MoonPay’s operations in Ukraine, Russia, and Belarus have been halted 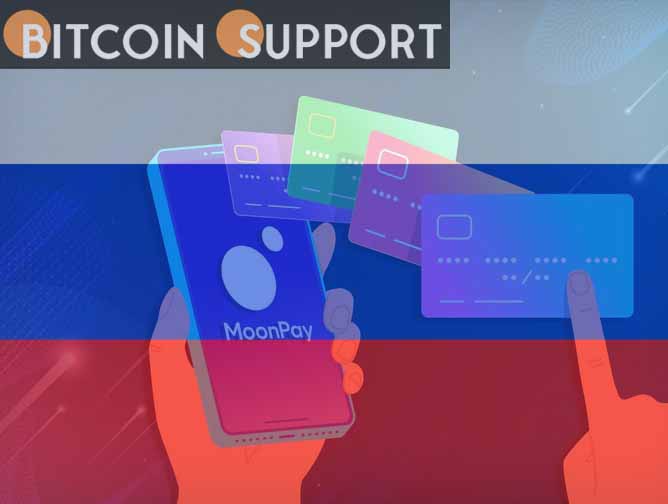 MoonPay notified all clients on March 10th to advise them that, due to recent events in Eastern Europe, they had discontinued operations in Ukraine, Russia, and Belarus and would no longer be dealing with customers with physical addresses in those countries.

They stated in an explanation of their recent decision that it was hard for them to continue operating in these locations while adhering to the existing sanctions imposed by governments throughout the world, including the United Kingdom, the European Union, the United Kingdom, and others.

MoonPay’s fiat-to-crypto on-ramp, which was founded less than three years ago, now powers more than 250 wallets, websites, and services in more than 160 countries and has processed more than $2 billion in transactions. Following a $555 million Series A investment round led by Tiger Global Management in November 2021, the company was valued at $3.4 billion.

The user-friendly payment infrastructure works to connect the worlds of crypto and traditional finance by delivering solutions in the NFT area that allow markets like OpenSea, the largest NFT marketplace, to provide fast and secure ways to purchase and sell digital assets.

MoonPay’s NFT Checkout, which is available to any brand, creator, or marketplace, defines tokens as ‘digital commodities,’ resulting in card approval rates that are multiples greater than typical crypto on-ramps. Moonpay’s success as a payment provider for NFT marketplaces is due to its ease of use, which has prompted other payment providers to follow suit.

Despite the fact that many cryptocurrency exchanges are fighting government attempts to exclude Russian customers from their platforms, the restrictions are now affecting both sides of the conflict. 25,000 wallet addresses related to what Coinbase believes are Russian persons and businesses engaging in criminal behaviour were blocked Monday, despite the fact that Coinbase officially stood by all of its users in the face of sanctions.

Non-US exchanges like Binance and FTX have argued that keeping Russians’ access to crypto is critical, given their rising reliance on digital assets as the ruble falls in value due to US and European sanctions.