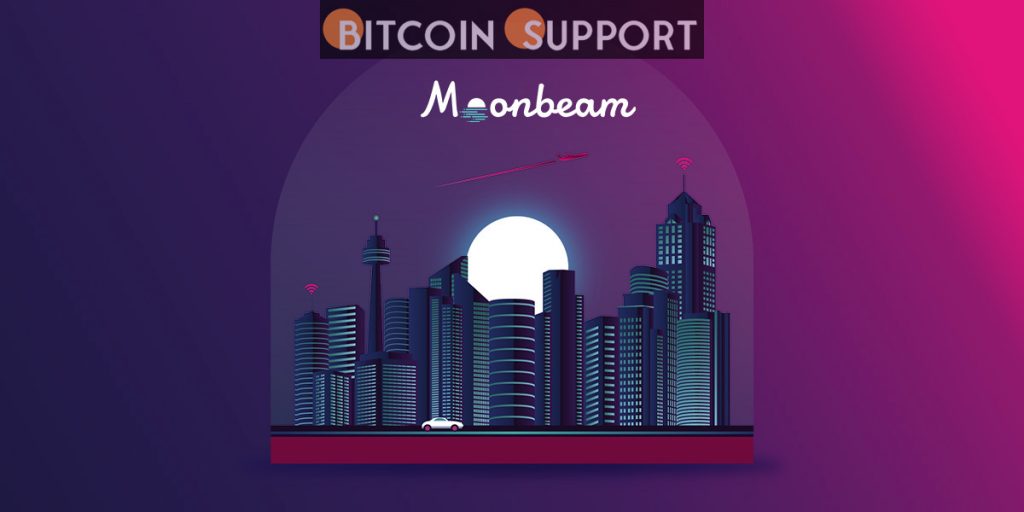 For years, developers have been attempting to find the best solution to Ethereum’s growing network congestion and gas costs. Although layer-2 scaling solutions such as zkSNARKS and Optimistic Roll Ups have been introduced to address these issues, the majority of these solutions aim to improve Ethereum’s scalability.

Moonbeam, on the other hand, leverages Polkadot’s interoperability and scalability to provide developers with an environment that is fully compatible with Ethereum and its corresponding development tools. The Moonbeam Network is a layer-1 blockchain that is highly specialised. As a result, it isn’t here to compete with Ethereum, but it will undoubtedly extend Ethereum’s core functionalities with built-in features like on-chain governance, cross-chain integrations, and staking.

Because Ethereum already controls the lion’s share of the DeFi ecosystem (and the vast majority of dApps are built on top of it), it is almost certain that it will retain a commanding position even in a multichain future. In this context, Moonbeam will allow developers to migrate their existing Ethereum-based projects to its network without requiring significant code changes. At the same time, it will broaden a project’s reach to other chains (and users) in the Polkadot network.

Polkadot, a multichain infrastructure provider, will play a critical role as DeFi takes the multi chain approach, which is required for projects to achieve mainstream adoption. The platform provides seamless interoperability and cross-chain integration with multiple individual chains, as well as fast transactions, industry-grade security, and extremely low costs. Because Moonbeam is a parachain on Polkadot, any project that uses it has direct access to all parachains, parathreads, and external chains.

Furthermore, Moonbeam’s supports Solidity smart contracts, allowing developers to quickly migrate their existing projects to the network with minimal changes to the underlying code. Moonbeam, which has yet to go fully live on Polkadot, has already attracted developers and projects from a variety of industries, including DeFi, NFTs, and gaming, as a result of these features.

Derek Yoo of Pure Stake launched Moonbeam in January 2020 to make it easier to create multichain dApps. Following the platform’s receipt of a Web3 Foundation grant in August, the team accelerated development work on both the Moonriver and Moonbeam platforms.

There has been no turning back for the Moonbeam Network since then. The platform raised $1.4 million in a seed round led by Hypersphere Ventures in 2020. Several updates were released throughout 2020, each with the goal of adding new features such as unified accounts, multi-collator support, Ethereum-native publishing and subscription capabilities, and much more. The Moonbeam team also released Moonbase Alpha, its public TestNet, allowing developers to finally test the network’s compatibility with Ethereum.

Moonbeam, on the other hand, rose to prominence after taking part in the Kusama parachain slot auctions. By design, any project wishing to be a Polkadot parachain must first deploy on Kusama, Polkadot’s testnet. Moonriver, Moonbeam’s canary network, won the second round of the Kusama slot auctions, raising up to 205,935 KSM tokens from the community through its crowdloan initiative. Moonriver was successfully deployed on Kusama and will be fully operational in August 2021.

Moonriver has reached significant milestones in the last five months, including registering over 2.5 million unique transactions and surpassing $241 million in total value locked (TVL). Moreover, the development team has grown rapidly during this time, allowing Moonriver to establish itself as the ninth-fastest growing network for a project with more than 50 developers.

To ensure a truly multi-chain ecosystem, the platform has been continuously integrating new API and Oracle service providers such as SubQuery, Dapplooker, Figment Hubble, Automata, The Graph, Waffle, Chainlink, and Band Protocol, among others. Moonbeam, meanwhile, has secured a parachain slot on Polkadot. It debuted on Polkadot on December 17th and is now in the first phase of its full launch. For the time being, the Moonbeam team has implemented decentralisation and expanded the network with new collators. When the project is finished, the Moonbeam team will remove the “Sudo key” and go live on Polkadot.

More than 60 dApps have been deployed on the Moonriver network to date, with all of them gradually being positioned on Moonbeam once the network goes fully live on Polkadot later this month. Live projects on Moonbeam include assets and issuance providers such as Impossible Finance, Ocean Protocol, Polkastarter, and Poolz, on-chain bridges such as Synapse, AnySwap, and ChainSafe, dApps such as Authtrail, Polkacover, and Human Protocol, DeFi protocols such as Lido, C.R.E.A.M Finance, Orion Protocol, and Balancer, and NFT and gaming platforms such as Unifty, Seascape.