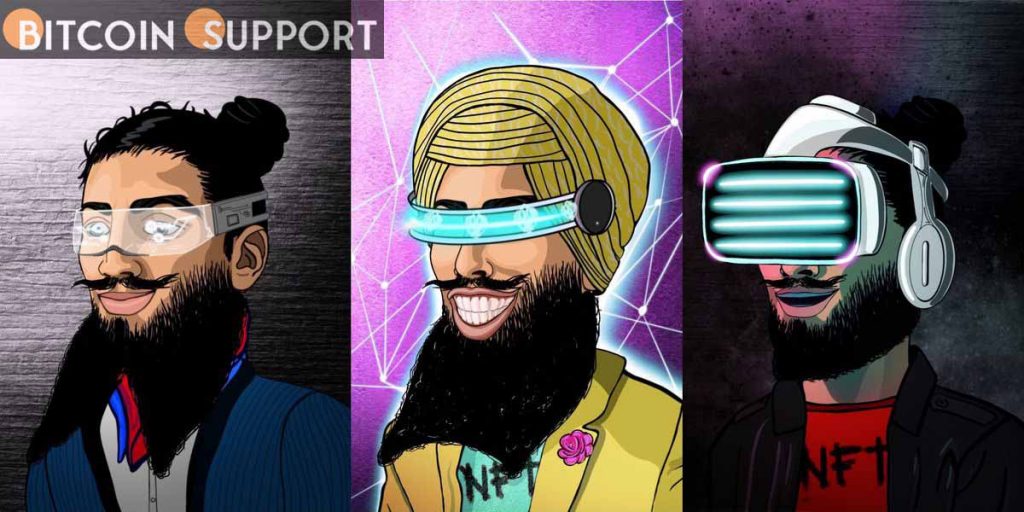 The first to experiment with digital extensions of their identities are Jews, turbaned male Sikhs, and hijab-wearing women.

Amar Bedi had an idea in July 2021, while sitting in his Singapore home.

He imagined a digital identity that looked like him, a non-fungible token (NFT). Bedi is a turbaned Sikh, a religious identity associated with Sikhism, the world’s fifth largest religion.

Bedi envisioned an NFT platform that would capture his people’s varied identities and bring representation to an under-represented metaverse community. MetaSikhs would be the name for it.

Doaa Alhawamdeh and Karter Zaher were enamoured with a similar notion around the same time in Los Angeles — providing the NFT world the “first token” to represent Muslims in the Metaverse. They chose the names Hijabi Queens and Bearded Kings for the NFT.

Despite the lack of coordination, awareness of the other’s existence, or a collective movement, Oren and his wife Rebecca had envisioned a strikingly identical initiative in Montreal – “the first Jewish NFT project.” A collection of 3,600 digital art “mensches” was dubbed “The Kiddush Club.”

The pair chose the name “Kiddush Club” because it is also a slang phrase for Jewish people who mingle in a fun fashion during or after Shabbat prayer services, and they asked not to publish their last names out of concern for their privacy.

The theories that underpin these many NFT efforts are all motivated by a similar history of conflict.

NFTs are the result of a conflict.

The “crazy surge of antisemitism” in recent years, according to Rebecca and Oren, sparked their idea. This came as Russian President Vladimir Putin threatened to “denazify” Ukraine, prompting observers to point out the irony of Ukraine’s Jewish president. Identity and unity are significant motivating factors for the pair in the fog of battle.

For the newlywed couple, it wasn’t just an exterior conflict. After the loss of their first child, a 4-year-old son, it was also internal.

“A lot of various traits were designed in the project, as you’ll observe. Some of them are disability-inclusive, thus there are hearing aids and a wheelchair, as well as other Jewish styles. Our son was born with a severe medical condition. So he was the driving force behind a lot of it,” she explained.

Alhawamdeh and Zaher, the designers of Hijabi Queens, are a Palestinian-Jordanian couple. Alhawamdeh’s motivation is multifaceted as well, with her “grandparents being Palestinian refugees” playing a significant role.

“They were forcibly deported from Palestine to Jordan, where my parents were born, and they were violently thrown into detention camps.” My parents went to America in the 1990s in search of the American dream, and I was born in New York City,” Alhawamdeh stated. 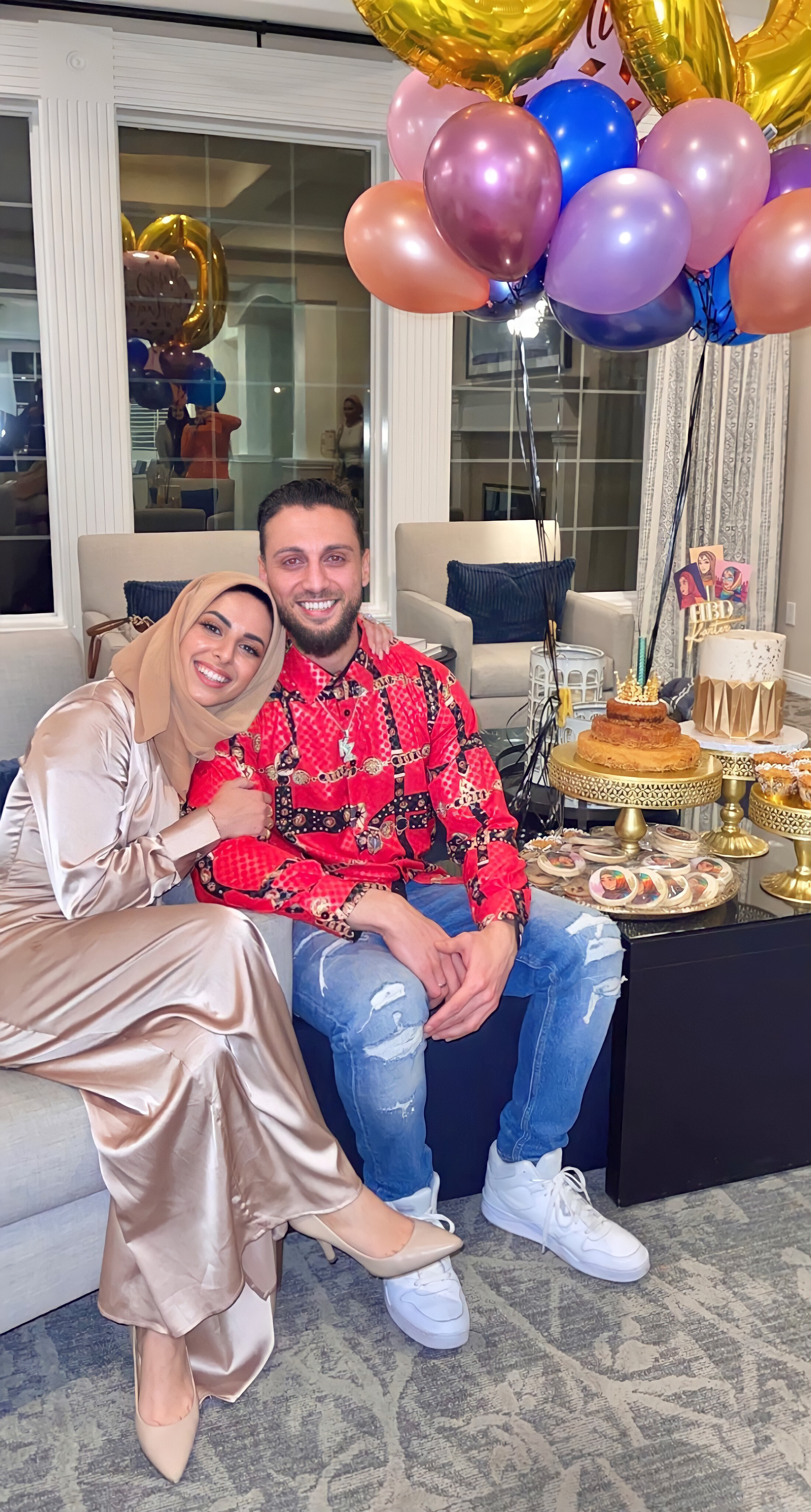 She said that they both had “war-torn past.” When Karter was 12 years old, he managed to flee Lebanon’s civil war.”

MetaSikhs was formed by Bedi, Karun Arya, and D-jeetal (a pseudonym), with the goal of “truly understanding this space and how NFTs really work,” as well as history.

Hate crimes were committed against Sikhs in 1907, gun violence was committed in 2021, and prejudice and violence are still occurring in 2022.

“This is a great example of raising awareness about Sikhs,” Bedi remarked.

Although the designers of these NFT initiatives were unaware of the existence of other, comparable projects, they felt a sense of mutual validation and joy.

“I’m completely enamoured with it. In reality, our neighbours to our left and beneath us are Jewish, and we’ve shared “family meals” with them (laughs). With them, we have a fantastic friendship. “I personally enjoy seeing minority populations stick to their traditions and values as long as they are kind to their neighbours and do not try to impose them on them,” Alhawamdeh remarked.

Hijabi Queens is a global initiative. The LA-based creators looked for colleagues online and found Colombian artists and a Bangladeshi web developer.

The projects are surprisingly similar in that they both aim for global representation and encourage subcultures inside communities.

MetaSikhs advocates Sikhs of all appearances, including those with or without a turban, caps, various hairstyles, and turban styles, all of which are deeply related to various beliefs within the faith and associated with varying degrees of traditional, cultural, or historical sensibilities.

The Kiddush Club, meanwhile, stresses many facets of Judaism.

“We thought it would be a lot of fun to attempt to imagine all of these different types of Jews.” Whether you’re Ashkenazi, Sephardi, religious or not, Orthodox, Reform, or Conservative, there’s a place for you here. Even those labels don’t appeal to me. “A Jew is a Jew to me, regardless of who you are or where you came from,” Rebecca stated. 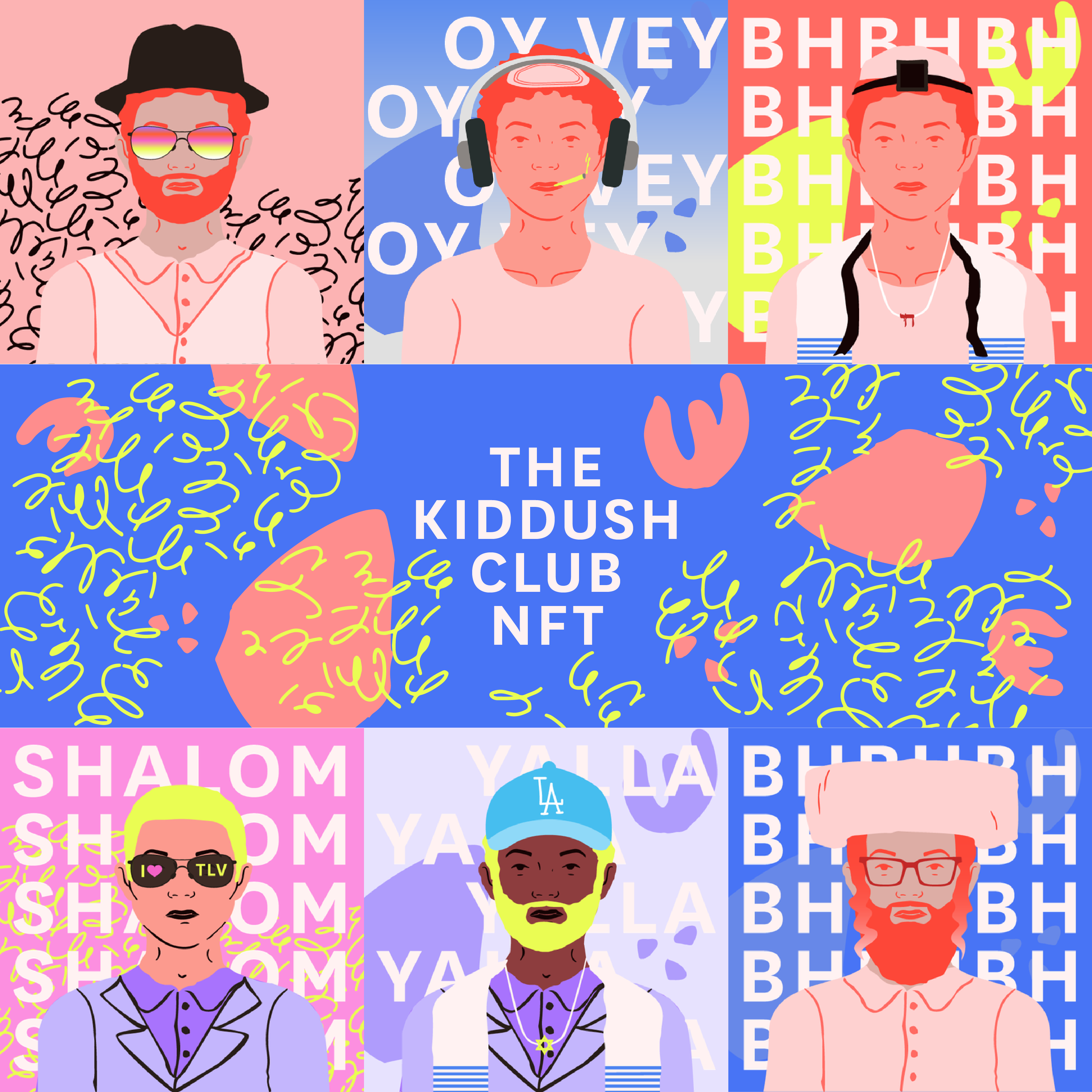 Is it merely a symbol of a minority identity? Is this anything along the lines of CryptoPunk or Bored Ape, but with a new kind of art?

The architects of the NFT highlight that this is about more than merely representing a minority identity. MetaSikhs, according to Bedi, provides collectors with a colourful and vibrant expression of their identity, allowing them to “connect global communities via art influenced by culture.”

“While we hope the NFT functions as a digital identity for Jews in the same way that CryptoPunks or the Bored Ape Yacht Club acts as a social signal,” Rebecca remarked.

Holders of all three platforms are promised a variety of additional resources. For example, access to specific Discord channels, in-person events, master classes, and networking possibilities.

Holders of The Kiddush Club token (TKC) will have the power to vote on which organisations the club supports, and MetaSikhs intends to involve the community after the first collection is launched. Hijabi Queens has not yet divulged its governance rights, but it does have communication mechanisms in place to encourage strong debate in order to shape the platform’s future.

Appropriation of a culture?

These NFT producers have been questioned about rug pulls and profiting off cultural appropriation.

“A lot of people believe this is a hoax.” “A large part of why we’re doing this is to bring on a lot of new individuals and do a lot of teaching in the NFT sector while also instilling a feeling of Jewish pride,” Oren explained.

“For the amount of time we’ve invested, the aim was never to produce x amount of money that would send us to the moon,” Bedi explained.

Both the Kiddush Club and the MetaSikhs have dedicated 10% of their earnings to charity, as dictated by their faiths. MetaSikhs has also pledged to reinvest 5% of its primary revenues in developing artists’ NFT art.

Education is also important to their concept as a kind of decentralised representation. Rebecca mentioned that “onboarding the community into Web 3” is a significant goal, and that the majority of the instruction takes place on their social media channels.

“We had to start at the beginning.” Our sisters have never heard of an NFT or crypto. These sisters are now educating others in less than a month,” Alhawamdeh stated.

The organisations’ tenets include the principle of educating through visual identity.

“We want each collector to think about every part of their MetaSikh and what it means to them to encourage a meaningful discourse with others about art, culture, and community,” Bedi added.

MetaSikhs is a platform for Bedi and his team to raise awareness about Sikhs, not just among the general public but also inside his own community.

“A lot of people don’t grasp what it means to be a Sikh.” While it’s simple to spot a turban, which becomes a hot topic of conversation – what does it mean to wear one and be a Sikh? – most people, regrettably, are unaware of the community’s essential ideals. “Meditation, earning an honest life, and practising charity are the three essential pillars, and this gets lost under the greater cultural effects of religion,” Bedi remarked.

The MetaSikhs NFTs show all shades of Sikhs, raising the question of which visual representation is most consistent with Sikhism. That query, in turn, leads to a knowledge of Sikhism’s essential values, and hence to consciousness.

Female Sikhs are also being represented digitally by MetaSikhs. Bearded Kings has a roadmap thanks to Hijabi Queens. The Kiddush Club also aspires to represent Jewish women.

Rebecca expressed her pride in working on NFTs to bring Jews into the metaverse as a woman in a male-dominated NFT sector. “There is now a fresh focus on women-focused programmes,” she said, citing the NFT’s World of Women (WoW) project as an example. It’s turned into a celebrity NFT craze.

To spread the word about their unique NFTs, all three projects hope to partner with well-known persons from their respective faiths.

Hijabi Queens and Kiddush Club have already obtained celebrity partners, and MetaSikhs is in talks with celebs.

Rudy Rochman, a Jewish-Israeli rights activist who was violently removed from a London bus for being Jewish, has joined with the Club.

Zaher, a member of Hijabi Queens, used to be a musician. He just reconciled with his bandmate Jae Deen. Deen Squad is the name of their band. Deen is the Arabic word for faith, hence the band’s name literally means “faith squad.”

The band’s unique “Islamic” adaptations of contemporary billboard megahits – such as Drake’s “God’s Plan” and Camila Cabello’s “Havana” – went viral and received notice from the BBC and CBC. The two seek to develop a celebrity partnership by leveraging their previous efforts.

“We feel we have the celebrity know-how to develop celebrity collaborations in the future,” Alhawamdeh said.

Almost all of the creators have worked part-time, putting their own money into the ideas and forming partnerships to make them a reality. None of these projects have yet to launch, but they are expected to do so soon. The MetaSikhs collection of 2,112 NFTs went on sale in December 2021, with the coins being struck on February 21, 2022.

MetaSikhs claims to curate and build the community by offering a companion collection in an atmosphere where scam projects and rug pulls are common.

A debut date for 3,600 mensches is likely to be announced soon by the Kiddush Club. They, too, are working on new projects that will help to grow the present community.

“We’ve been getting a lot of requests for female mensches, which we’re planning to publish soon.” “We enjoy the notion of having a large community with sub-communities inside it,” Rebecca explained.

The NFTs can be purchased on any platform, even though some “urge their NFT holders to seek value in our Muslim networking utility,” as the Hijabi Queens do.