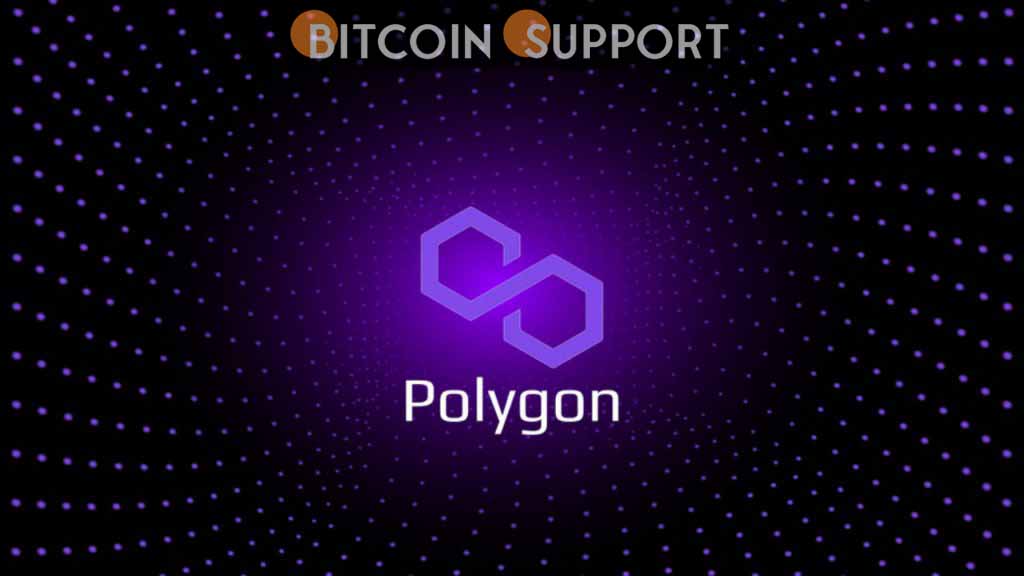 Although the MATIC pricing is still 50% below its all-time high, the network’s TVL and DApp data indicate that the layer-2 solution is still a viable option.

Polygon (MATIC) has been fighting to maintain the $1.40 support after a disastrous 50% decline between December 25 and January 25. While some believe that following a 16,200 percent rise in 2021, this top-15 coin has simply adjusted, others point to the growth of alternative scaling solutions.

On a more positive note, Polygon raised $450 million on Feb. 7, with Sequoia Capital and other prominent blockchain startup funds participating in the round.

Polygon provides decentralized apps built on the Ethereum Virtual Machine (EVM) with scaling and infrastructure support (DApps). Furthermore, it is not affected by the Ethereum network’s high transaction fees and network congestion.

After the network’s TVL fell below 4 billion MATIC in August 2021, Polygon’s major DApp statistic began to show signs of weakening.

Polygon’s DApp deposits peaked at 7.4 billion MATIC in July 2021, then plummeted over the next few months, as shown in the graph above. In terms of dollars, the current TVL of $3.5 billion is the lowest since May 2021. According to DefiLlama data, these figures represent less than 5% of the total TVL (excluding Ethereum).

A token bridge between Ethereum and Polygon was enabled on March 9 by Ankr, a multi-chain toolset for blockchain infrastructure. The aMATICb liquid staking token will be sent and held in the initial release. On DeFi platforms, this allows users to gain multiple tiers of prizes.

Analyse DApp usage stats to see if the TVL decline in Polygon is a cause for concern. The TVL measure is meaningless in some DApps, such as games and collectibles, because they do not require huge deposits. 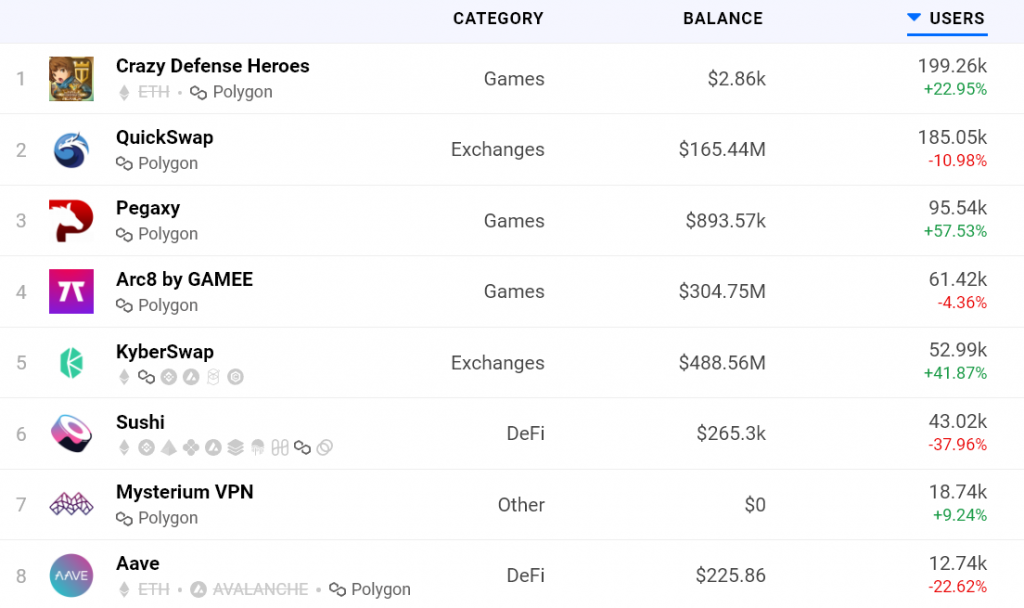 DappRadar reports that the number of Polygon network addresses engaging with decentralized applications increased by 5% on March 10 compared to the previous month. Despite the fact that Polygon’s TVL has been impacted the hardest compared to other smart contract platforms, network utilization in the gaming industry is strong, as evidenced by Crazy Defence Heroes’ 199,260 active addresses in the last 30 days.

Polygon’s zk-STARK-powered Miden Virtual Machine, a zero-knowledge Scalable Transparent ARgument of Knowledge, was released on Nov. 16. Polygon has also committed over $1 billion to the development of complicated DeFi applications that require sensitive information to be removed from digitized assets in order for blockchain players to verify them quickly.

The aforementioned facts indicate that Polygon is holding its own against competing chains, therefore MATIC’s 50% price correction may not be a major concern for holders. Polygon’s ecosystem is thriving, and the fact that it provides in-demand layer-2 scaling solutions for a variety of businesses is a positive feature.