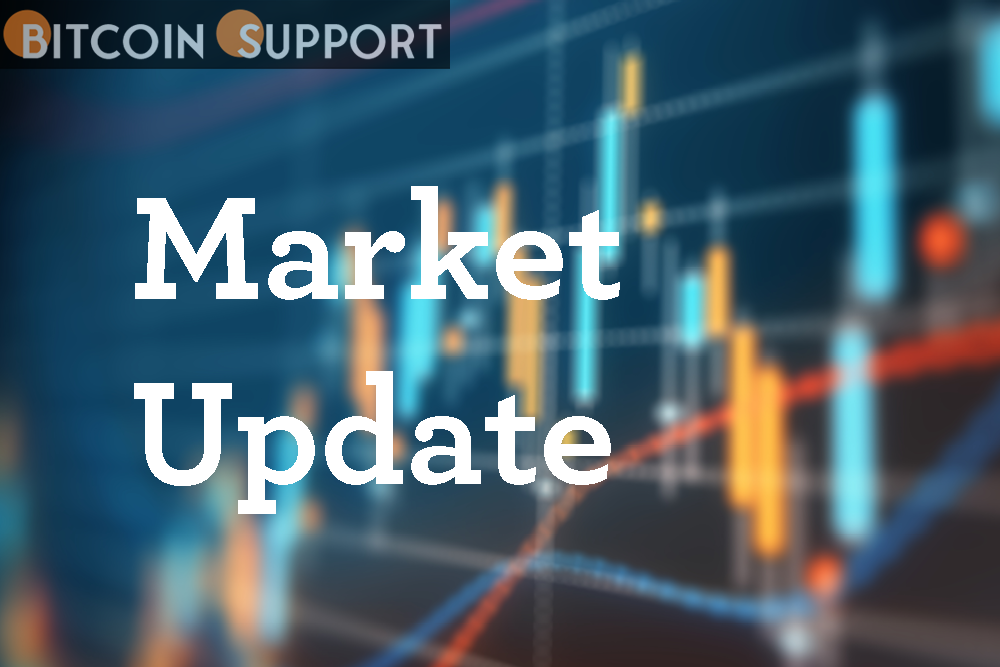 This morning, the cryptocurrency market saw gains, with the majority of the top ten cryptocurrencies posting gains over the last 24 hours.

Apple has joined other big technology companies in a boycott of Russia in support of Ukraine. As a result, residents of that region are no longer able to purchase any of their products or make purchases through an app store – including iPhones.

Yesterday’s markets were in chaos as Russia’s conflict with Ukraine escalated.

The Performance of the Leading Cryptocurrencies

Bitcoin is up 1% to $44,000. Ethereum’s value has also increased marginally – it was trading roughly 2% higher than it was prior to today’s midday hours. Cardano is currently ranked ninth in terms of market capitalization but may fall out of the top ten by tomorrow if its performance continues as it has in recent days.

Terra, the leading cryptocurrency, continues its ascension to glory. It has already climbed to #7 in terms of market capitalization and is showing tremendous gains of 63%. Over the last week, a price rise in LUNA tokens has elevated it to the second-most staked asset among all currencies, trailing only Ethereum. 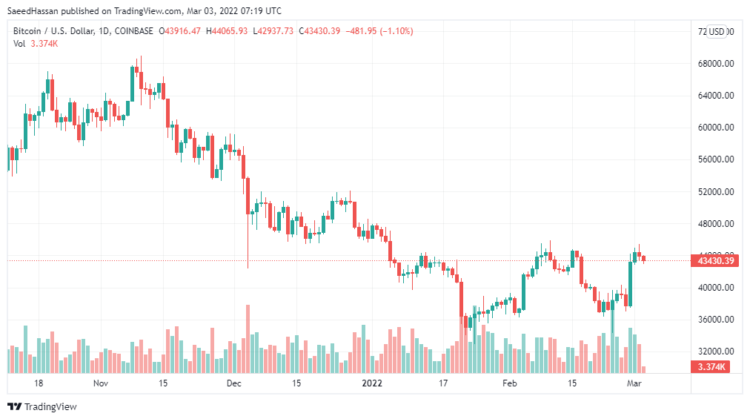 The NEAR token’s value has surged in recent days as demand for cryptocurrencies surges. At $11.43 per coin, it is around 56% higher than its low point this year and ranks 22nd on Coinmarketcap. Today’s increase increased its price by 9%, putting it in the top twenty.

Today, there are several other gainers, including Fantom (12%) and THORChain (17%). Additionally, convex Finance has seen a 45 percent increase in recent months. The Anchor Protocol is demonstrating signs of stability, gaining 13% in less than 24 hours.

The Render Network is a new decentralised GPU rendering system built on the Ethereum Blockchain. It connects artists and mining partners in need of high-performance graphics cards (GPUs) with those wanting to rent them. This has resulted in a 16 percent increase in value today.

The cryptocurrency community has reacted enthusiastically to the announcement that Floki Inu, a dog-themed meme coin, will be available on HUOBI. 19.40 percent in 24 hours.

The price of FET has risen significantly as a result of Huobi’s new listing. Additionally, the cryptocurrency is collecting donations for Ukraine, which has increased its value by a fourth since the incident occurred.

Today, the price of Frontier’s token, FRONT, surged by about 40%. The company just concluded a $100K sweepstakes and secured several high-profile partnerships that contributed to its success.