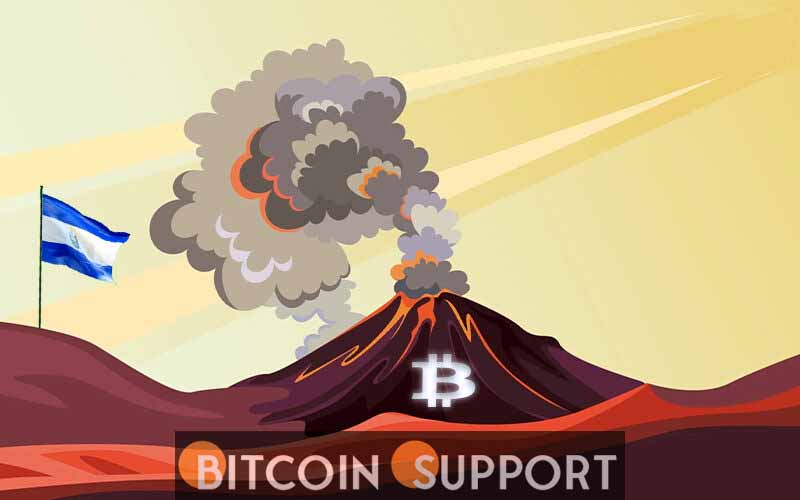 El Salvador’s cryptocurrency mining potential exists, but it will take time and work to materialise.

El Salvador, the first country to recognise Bitcoin (BTC) as legal cash, has now announced the relaunch of its wallet app Chivo, which is said to address the previous version’s reliability and scalability difficulties. The news is encouraging for the Central American country’s crypto experiment, which has been plagued by setbacks and severe criticism in recent months. While much of the attention of observers has been focused on topics such as retail crypto adoption and the geopolitical ramifications of Bitcoin’s legal status in El Salvador, the mining industry’s progress toward President Bukele’s moonshot objective has received less attention recently. Here’s a look at El Salvador’s mining industry’s current prospects.

When El Salvador became the world’s first government to adopt Bitcoin in October 2021, one of the country’s top energy authorities expressed optimism about the country’s crypto mining possibilities.

Daniel Alvarez, president of the state-run Lempa River Hydroelectric Executive Commission, told journalists that there are “endless possibilities” for energy production via hydroelectric, solar, wind, and tidal power plants, with “willpower” being the sole requirement. “We don’t waste resources that pollute the environment; we don’t rely on oil, natural gas, or any other nonrenewable resource,” he added.

El Salvador’s existing energy capacity, on the other hand, is somewhat limited. According to reports, it only has two geothermal power plants that contribute to Bitcoin mining: one at the base of the Tecapa volcano and another near Ahuachapan. They produce little less than 200 megawatts of electric power combined, with only one of them allocating 1.5 megawatts to Bitcoin mining – the only known figure to far. As a result, the El Salvadorian leadership’s aspirations would clearly necessitate major new facility building. It appears that they have some suggestions in that area.

Bitcoin City is a massive undertaking

El Salvador’s President, Nayib Bukele, revealed plans to establish a new Bitcoin city in November 2021. The settlement will be built in the shape of a “coin” at the foot of the Conchagua volcano, using geothermal energy utilised to mine Bitcoin. It should, in Bukele’s opinion, become an ideal combination of glistening neon lights and a near-total lack of taxation:

This huge development project will be funded by a bold financial strategy – $1 billion in bonds — half of which will go directly to city construction and the other half will be invested in Bitcoin, in keeping with regional customs. The bonds are expected to last for ten years and pay a 6.5 percent annual interest rate to investors. Any investor who owns a bond worth more than $100,000 may be eligible for Salvadoran citizenship.

Major crypto industry leaders have embraced the programme. Blockstream, a blockchain technology company based in Canada, will issue the bonds as tokenized securities on Liquid blockchain, while Bitfinex will host them on its platform. According to Blockstram’s chief strategic officer, Samson Mow, the bond’s yearly percentage yield will reach 146 percent by the end of its tenth year, as the price of bitcoin will exceed $1 million within five years. El Salvador would become the “financial capital of the world” and the “Singapore of Latin America” as a result of this.

The Salvadoran Bitcoin turn is accompanied by a slew of obstacles, including political reaction against President Bukele and his initiatives, pressure from the IMF and other foreign actors, and the Chivo app’s early difficulties. There are also a lot of roadblocks in the way of efforts to dramatically improve the country’s mining infrastructure.

The existing fiat-denominated El Salvador bonds plummeted after the Bitcoin city announcement, prompting a number of queries from investing professionals, the most important of which was, “Why buy Bitcoin-backed Salvadoran bonds when you could just buy Bitcoin?” Some pointed out that the country has a history of unsuccessful charter city proposals, as well as the fact that the Conchagua volcano, which is expected to power the city and its BTC mining activities, has recently experienced some seismic activity.

Worse, some critics argue that El Salvador’s overall energy profile does not provide a favourable environment for crypto mining. One source of concern is that the country still imports roughly 20% of its energy, primarily from Honduras and Guatemala. Current industrial energy costs in El Salvador are estimated to be between $.13 and $.15 per kilowatt-hour, while the global average price of Bitcoin mining is roughly $.05 per kilowatt-hour, according to some estimates.

El Salvador is ranked 73 in the global crypto mining potential list, according to statistics from the DEKIS Research group at the University of Avila, with renewable energy accounting for 35% of total energy. In the United States, for example, this percentage is roughly 7.5 percent. El Salvador is closer to the least sustainable countries for mining operations due to its national R&D expenditure, human capital index, and energy prices.

Moving away from fossil fuels and toward renewables

Despite certain evident restrictions, El Salvador’s “endless prospects” in the mining sector are not simple boasting. El Salvador, like many other Latin American countries, has a large, if untapped, renewable energy potential. Philip Ng, vice president of corporate development at green data centre supplier Soluna Computing, spoke to Cointelegraph on the global trend toward making renewable energy more accessible, saying that it should assist countries like El Salvador:

“Renewable energy is now astonishingly affordable, with the cost to build wind falling 72% since 2009 and solar falling 90% over the same period. Renewable technologies offer a profound opportunity for South American power markets. Renewable energy assets can be built at a significantly smaller scale when compared with conventional energy. The result is that grids no longer face large transmission and infrastructure buildout costs when trying to add cheap and clean power.”

Ng cited Chile as an example of a country that has gone from being a net importer of fossil fuels to being a net exporter of renewable energy thanks to recent investments in renewable energy. Demand, which is difficult to grow in countries with small populations, is a critical step in sparking such a transformation.

A “consumer of last resort,” or a layer of customers, might be established to ensure that power providers have a diversified revenue stream and aren’t simply reliant on utilities. Bitcoin miners could be one of these types of customers. Establishing such an arrangement would also eliminate the need for electricity producers to reduce their excess output. Kenya, for example, has hydroelectric plants that share extra renewable energy with crypto mining operations.

A Blockstream official responded to Cointelegraph’s request by saying that an announcement about the status of El Salvador’s Bitcoin bonds project will be made in Q1 2022. It remains to be seen whether Nayib Bukele’s exotic dream of building a coin-shaped metropolis at the foot of a volcano can be translated into a practical plan that attracts foreign investment. Even today, it is evident that gaining a competitive advantage in the renewable energy race will be critical to El Salvador’s enormous crypto mining operations’ success.