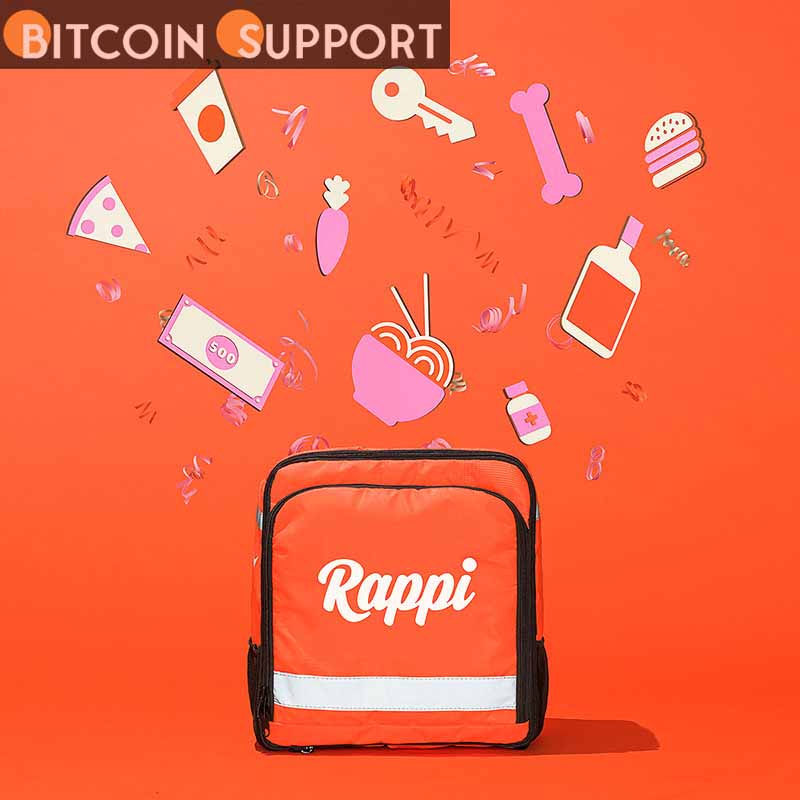 To allow users to pay for orders with Bitcoin and other cryptocurrencies, the company has teamed with Bitso and Bitpay.

In Mexico, Rappi, a Colombian delivery app with operations in nine Latin American countries, has launched a crypto payments pilot program. Customers will be able to convert crypto into credits that can subsequently be used to complete purchases on Rappi's platform.

Rappi’s co-founder and president, Sebastián Mejia, stated that cryptocurrencies will not be accepted directly by the app at this time. Rappi users in Mexico will be able to pay for credits using cryptocurrency. They can then spend their credits on any of the app’s merchandise and services.

Rappi’s goals for cryptocurrency, however, are much more ambitious, according to the institution’s president. In the future, other integrations should also be made public. He made the following observations:

“We chose to construct a product in this initial phase that allows our customers to connect their digital wallets and exchange accounts to convert cryptocurrencies into Rappi credits and so access all of the platform’s products.”

This isn’t the first time a big delivery service has accepted Bitcoin. In 2017, Lieferando, like Rappi, was one of the first to accept cryptocurrency as payment. Grubhub has partnered with Lolli, a Bitcoin rewards software, to allow customers to earn cryptocurrency for their orders. Latin Americans may gain financial empowerment as a result of crypto education.

The continent of Latin America has been a hotbed of Bitcoin and cryptocurrency adoption. According to a recent study, 75% of investors in emerging countries in Asia-Pacific and Latin America want to increase their cryptocurrency holdings. El Salvador became the first country to adopt Bitcoin as a legal tender in September 2021.